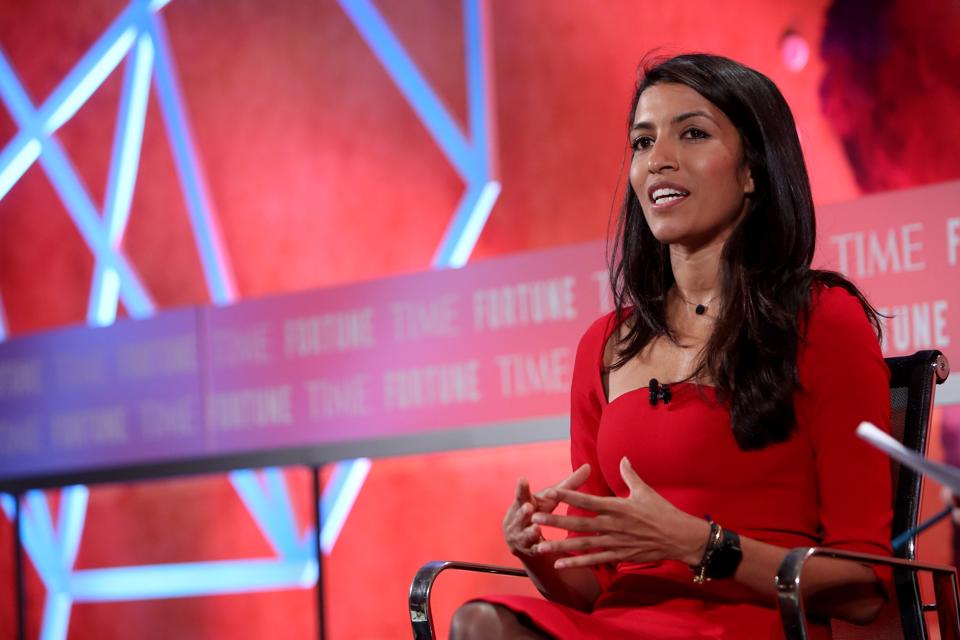 Leila Janah, a serial entrepreneur and iconic advocate for under-represented people, passed away at the age of 37 due to a rare form of cancer called Epithelioid Sarcoma, according to a statement from her company Samasource.

Leila was the founder of three organizations—Samasource, LXMI, and Samaschool—all sharing a common social mission to end global poverty by giving work to people in need. Her commitment to creating a better world by championing environmental sustainability and ending global poverty was unparalleled.

She became iconic for consistently putting under-represented people at the forefront and for her commitment to gender diversity in tech. She was ahead of her time in raising issues related to bias in machine learning models before this issue became top-of-mind for Silicon Valley product leaders today.

According to a Tweet from Leila, she was diagnosed with the rare cancer condition in April 2019. When she was diagnosed, she was in the midst of planning a wedding. She died within a year of announcing her diagnosis.

Leila’s death is shocking and devastating. The diagnosis and loss of this incredible leader and inspiration to so many women entrepreneurs in less than a years’ time should remind us how precious and short life truly is. Her loss implores us to reflect on our lives as founders, and make sure we’re incorporating elements of what makes life worth living outside of work.

Silicon Valley celebrates and encourages founders to work hard with the exclusion of all else to make startups successful. An anecdote told often in Silicon Valley, is the legendary tale of how Sam Altman, Y Combinator chairman and co-chairman of OpenAI, worked so hard on his startup he gave himself scurvy.

Altman worked nonstop and so hard on his first company Loopt during his time at Y Combinator that he developed scurvy; an 18th century disease caused by a severe lack of Vitamin C. Scurvy causes weakness, anemia, gum disease, and skin hemorrhages. These stories of heroic focus towards building a company at the expense of all else—health, sleep, love, family—are praised and permeate Silicon Valley lore.

When I moved to Silicon Valley in late 2016, I became friends with a lot of incredible women building venture-backed and purpose-driven companies. I noticed that my friends would never post anything including their romantic partners or talk about them at events. They would only tell me in private that they even had romantic partners, or that they were doing something besides work on the weekends—like it was sacrilegious and should be kept private.

I asked one friend of a seed-stage health tech company why she chose to hide the fact that she had a boyfriend from social media, but was willing to share so much about work. She said to me, “It’s not fair that I feel I need to hide the fact that I have a boyfriend. I wish I could share it with the world. But the truth is, I don’t think I would have been able to get funding if investors knew or could find out. They would think I’m distracted and can’t build a unicorn. I still choose not to share so that I can get investment for later funding rounds. I’ll share the fact that I have a boyfriend and when my company is successful.”

I learned these women founders fully believed that in order to ‘make it’ and have a shot at building a wildly successful unicorn company in Silicon Valley, they needed to (A) ideally put off life outside of work like having a romantic partner or kids until you’ve built a billion dollar company and freeze your eggs if you have the resources or (B) hide the fact that you have a life outside of work. They felt only when they had achieved unicorn-status with their companies, could they have the privilege to start having a personal life or share their true authentic selves.

Leila’s tragic death should be a sobering reminder for us that life can be cut short at any time, and we should find fulfillment and happiness outside of work while we are building our startups, instead of holding the belief that happiness is a destination we’ll reach once we’ve built successful companies.

Hayley Leibson is a co-founder of Modern Basket, a digitally native marketplace putting healthy on autopilot by bringing personalized nutrition to the masses. She was named a Forbes 30 Under 30 2020 for Consumer Technology.

A College Degree Can Now Help You Get A Loan