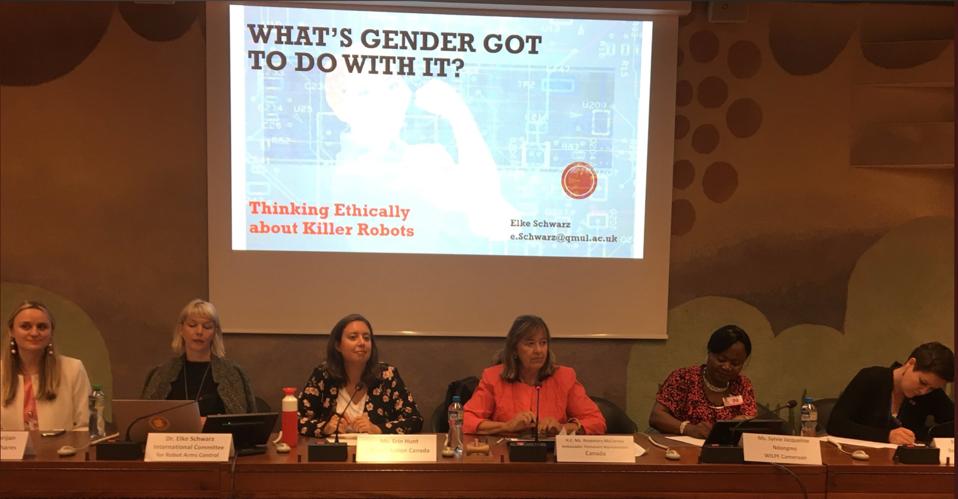 Technology could be a benevolent force in our increasingly integrated society. The potential benefits of innovative advancements in the fields of artificial intelligence, robotics, and machine learning could secure our future. As United Nations Secretary General Antonio Gueterres said, “…these new capacities can help us to lift millions of people out of poverty, achieve the Sustainable Development Goals and enable developing countries to leap‑frog into a better future.”

But that assumes that proper safeguards are in place. They are not. Without them technology has the power to harm and disrupt societal values and norms. It is becoming alarmingly clear from a growing body of evidence that automated decision algorithms are propagating gender and race discrimination throughout our global community and perpetrating injustices on the poor, the vulnerable and people with disabilities. But perhaps the greatest concern is the application of algorithmic bias in the control to targeting with autonomous weapons systems.

Autonomous weapons systems work entirely without human intervention once they have been launched. They select and engage targets on the basis of sensor inputs. There is no meaningful human control to determine the appropriateness or legitimacy of targets. That means decisions about what to attack and when to fire would be delegated to inanimate machines rather than being made directly by qualified humans.

So what does this have to do with gender equality? Quite a lot. For starters, they will carry the same bias baggage as other decision algorithms. And there is much more that I have learned from attending powerful feminist events at the United Nations (like the one shown in the opening picture).

Many feminist humanitarian disarmament organisations such as Women’s International League for Peace and Freedom (WILPF) are concerned that Killer robots would lack empathy, conscience, emotion and understanding of human rights and human dignity – aspects of human judgment that are crucial for decision making in war. Delegating life and death decision making to machines would dehumanise warfare and killing and perpetuate patriarchal structures of military violence.

Because they would select and fire on the basis of target profiles, fully autonomous weapons raise the risk of gender based violence. Target profiling based on perceived gender or pattern of behaviour could increase risks to men – who are more likely to be assumed to be potential or active combatants – but could also pose risks to any group whose gender identity has been included in a target profile.

Despite claims to the contrary by some men, killer robots would not end sexual violence in armed conflict. Rape and sexual violence are often used as weapons, and are already ordered by states and armed groups as a means of inflicting terror. Autonomous weapons systems would not question an order to round up women to be raped. Unlike human soldiers they entirely lack the conscience and empathy that would make honorable humans disobey.

In short, autonomous weapons systems could contribute to or exacerbate notions of militarized masculinity, be used to commit acts of gender-based violence, or increase inequality as a result of algorithmic bias or target profiling.

But these weapons are not inevitable, and we have the ability to prevent them from ever being used.

The Campaign to Stop Killer Robots, a global coalition of more than 150 non-governmental organizations in over 60 countries, is urging states to immediately launch negotiations on an international treaty to retain meaningful human control over targeting and attack decisions by prohibiting the development, production, and use of autonomous weapons and to have a positive obligation for the meaningful human control of all weapons systems.

A treaty banning fully autonomous weapons would support feminist foreign policy goals by focusing on human security and preventing militarisation of emerging technology and technological advancements. This International Women’s Day, the Campaign to Stop Killer Robots has called for political leadership in the movement to ban autonomous weapons systems. True equality cannot be achieved through the further dehumanisation of conflict. A feminist future starts now, with a ban on killer robots.

Google Pixel 4a Is Coming But Dirt-Cheap Premium...