A Journalist’s Harrowing Escape From India During The COVID-19 Crisis: Part 1

On March 4th, Anietra Hamper of Gahanna, Ohio packed for a four-week reporting trip that would take her to Nepal and India. The veteran journalist and intrepid traveler was no stranger to either outdoor adventure or international travel. Before becoming a freelancer, she had spent more than 20 years as a top-rated television news anchor and Emmy-nominated investigative reporter, most recently at WBNS-TV in Columbus, Ohio. 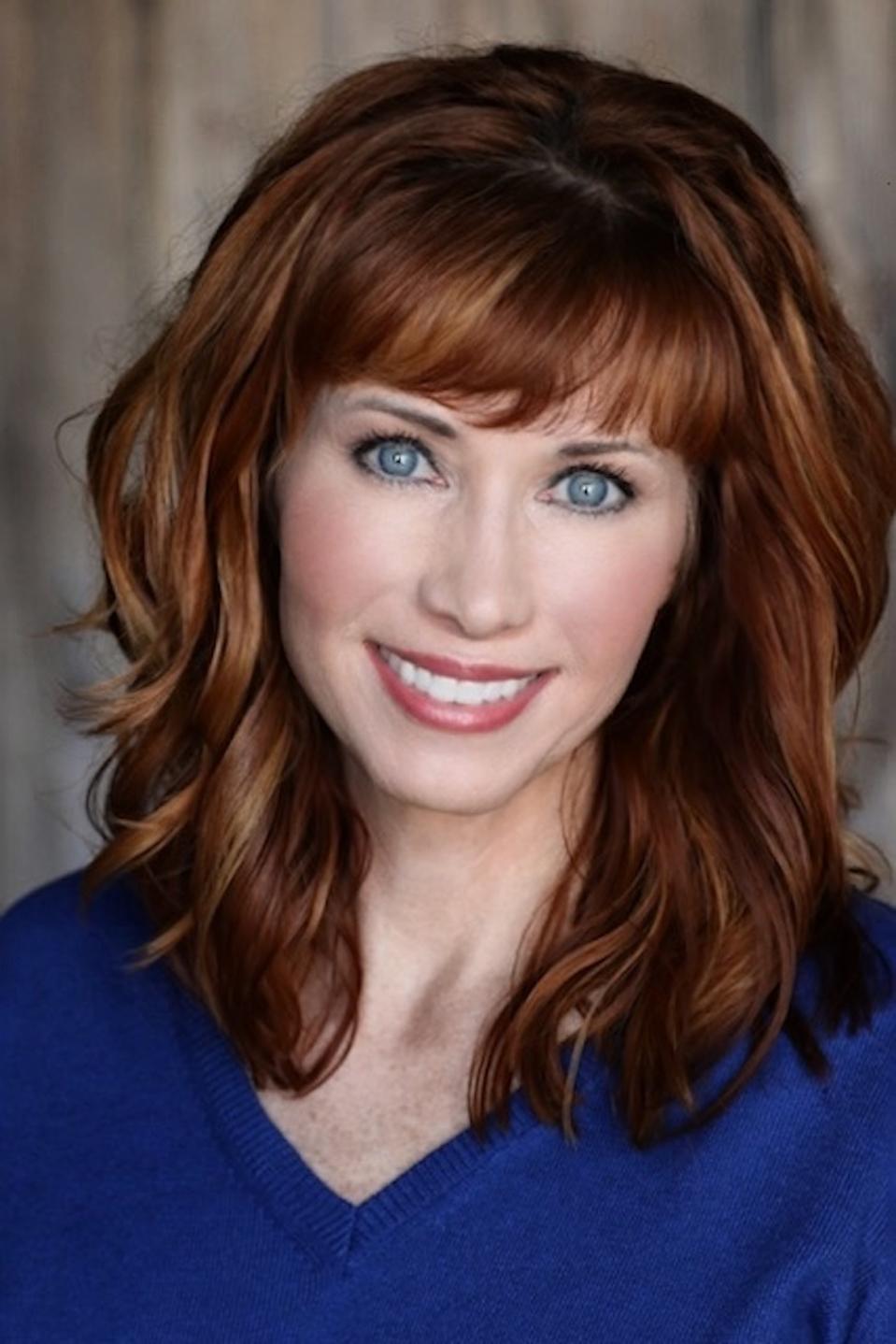 This time, she would be reporting for two angler publications on goonch catfish—a very rare, elusive, breed with a reputation as a man-eating species, only found in certain remote rivers in Southeast Asia.

Not one to take unnecessary risks, Anietra spent more than three months planning the logistics of the trip in collaboration with Ian Henderson of The Great Fish. Ian, an experienced guide, who had been leading extreme fishing expeditions to India and Nepal for more than a decade, would also be her traveling companion. She added a few extra days to both ends of her itinerary, including plans to drive through Delhi to visit the Taj Mahal.

Two days before her departure, Anietra was glued to emerging news reports in the U.S. about the spread of the coronavirus. At the time, it was believed that the first virus-related death in the U.S. had taken place in Seattle on February 29, and the federal government was still telling Americans “there’s no reason to panic at all,” although a “do not travel” warning was in effect for specific regions of Italy and South Korea.

Anietra considered cancelling but based on the information available at the time, she and Ian, a citizen of the U.K., felt confident they could safely get in and out of the fishing camps they would be visiting.

“We never could have calculated the elements that wound up making this trip so dangerous,” she says now.

Upon landing in Kathmandu. Nepal’s capital, Anietra surmised that the officials there were taking the spread of the virus pretty seriously. Airport screeners were checking passenger temperatures upon arrival.

As planned, she and Ian spent a few days on safari in Bardia National Park and visited some mountainous villages in western Nepal before heading to India for the main portion of the trip. They passed villagers in areas with no electricity who greeted them with cheerful waves, attempting to practice English with simple greetings like “Hello” and “Goodbye.”

On their drive, Anietra and Ian were a bit perplexed, however, not understanding why a few of the villagers pointed at them, yelling the word “Corona.”

After crossing the border into India on March 11, they noticed that additional virus precautions were being put into place. A masked official took their temperatures and performed a simple health check, asking them questions about prior travel. “It seemed that the people we encountered did not understand there could be asymptomatic carriers so we passed muster, having shown no overt signs of the virus,” she says.

They visiting a fishing camp on the Mahakali River in the state of Uttarakhand, where Ian planned to return with clients later in spring. Then, they set out on a pleasant, nine-hour-long drive to meet a local guide with whom Ian had worked previously, expecting to spend eight off-the-grid days river camping—in pursuit of goonch catfish. 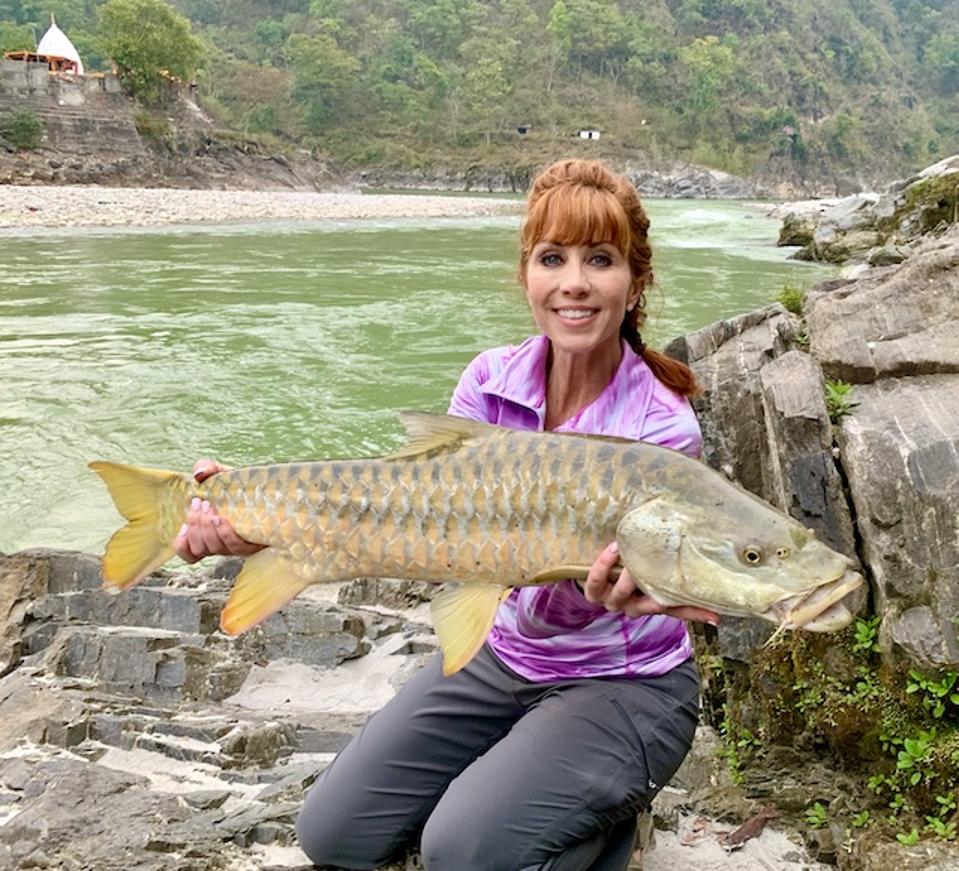 A golden mahseer Anietra caught and released at the camp

Anietra and Ian soon discovered the type of information and warnings that had been given to locals. Officials were saying that India was too hot to host the virus—and that people wouldn’t contract the disease if they bathed. More worrisome, however, was the notion that foreigners were the ones responsible for bringing COVID-19 into India.

The tenor of the trip changed markedly as it became apparent that local villagers and authorities were threatened by the idea of outsiders in their midst. Even the staff that traveled ahead of them to set up their camp was harassed by locals. Anietra and Ian decided they should abandon their plans, and never made it to the river.

They were turned away by several hotels and escorted by the security officer of one hotel to a hospital for a COVID-19 screening in a dirty room. She remembers seeing filthy mops and rusty gurneys at the barebones facility that lacked basic sanitation standards. A screener questioned the Chinese visa he found in her passport. She explained that she had visited China two years ago, and he took her temperature and handed her a health certificate that would allow her freedom of movement. 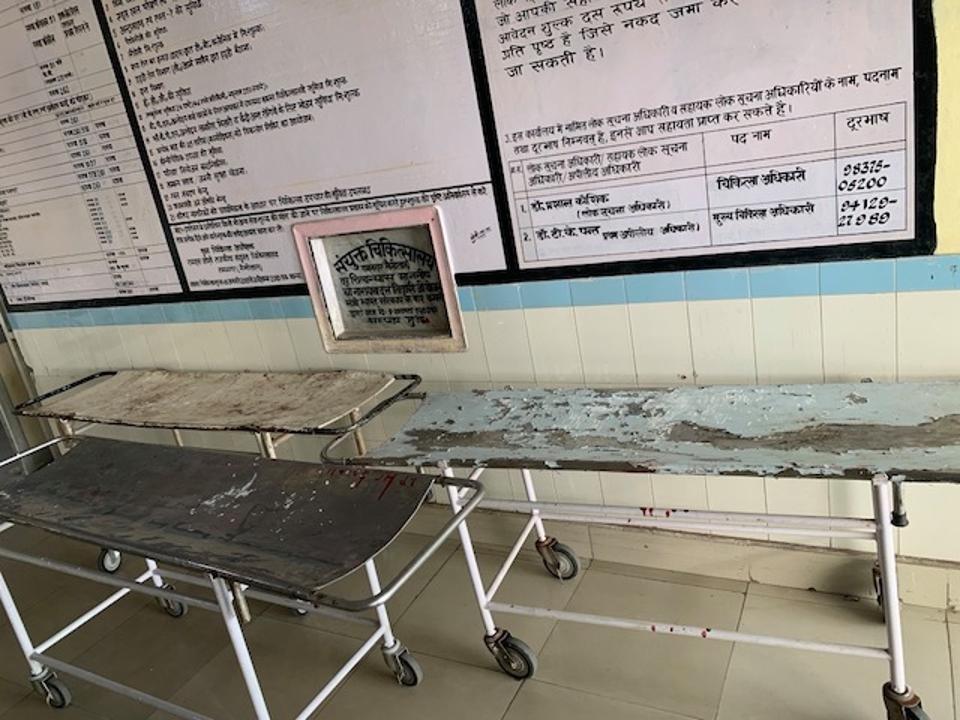 In what felt like a betrayal, Anietra and Ian soon learned that the hospital had called the media while they were there. The pair became part of a front-page story in a local newspaper that documented the roundup of foreigners, blamed for bringing the virus to India. 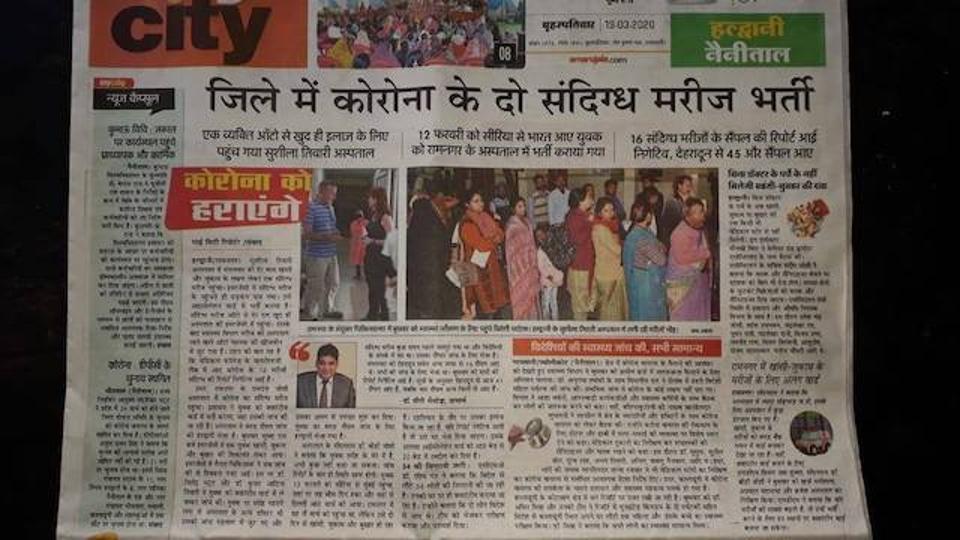 “By this point, I wasn’t sure how things would unfold,” says Anietra.

They decided that, for their own safety, it was time to return to the original fishing camp they had visited and try to hide out there.

The nine-hour drive back required them to pass through various police checkpoints. En route, they navigated traffic jams and were harassed by locals who threw stones at their vehicle. Anietra was terrified they would either be arrested and taken into custody, or be taken into quarantine despite having health certificates.

Click here to read the conclusion of the story of how journalist Anietra Hamper found an escape route out of India after the Prime Minister announced a 21-day countrywide lockdown to help curb the spread COVID-19.

Coronavirus Dispatches: Can Robots Help Us ‘Feed The Nation?’