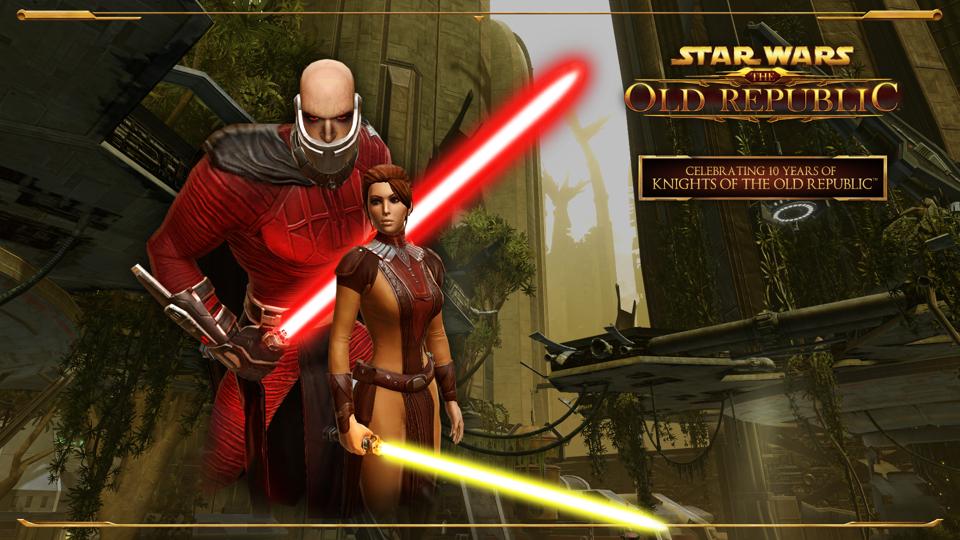 Yesterday, rumors surfaced that EA is taking Knights of the Old Republic off the shelf, not as a remaster, but as a possible remake and/or quasi-sequel. It’s news that has gotten Star Wars fans excited, as if you ask anyone what the best Star Wars game is, you will probably get at least a plurality naming KOTOR as a top pick. Ask anyone what the best Star Wars story is in general in the history of the series, and you might get a few KOTORs there as well.

Yesterday, I raised what I think is a pretty key point about the possible resurfacing of KOTOR, namely that it is hard to imagine BioWare, the studio who made the original, having time to do it with its current roster of projects. BioWare is a big studio, sure, but it’s confirmed it is working on Dragon Age 4, the early stages of a new Mass Effect game and a grand revamp of Anthem, a series it’s not willing to let go of.

With all that on its plate, how would BioWare have time for a full-on KOTOR remake any time remotely soon? And even if they did, I have to wonder how current BioWare would handle the project, as it has been a long, long time since 2003 when KOTOR was first released, and many major players have left the studio in that time. Not to mention BioWare’s last two games, Mass Effect Andromeda and Anthem, have been relative duds.

That leaves the question of who else might take this on. Respawn seems like the best choice, yet they are no doubt working on a Fallen Order sequel, plus continuing management of Apex Legends. That leaves DICE, maker of Battlefront, but not a studio that seems like it would be suited for an RPG like KOTOR at all. So that leaves, who, exactly? One of those random teams EA had put together to make other Star Wars titles that got cancelled? I’m just not clear on who this would fall to under EA’s banner, though in a dream world, we could see someone like say, Obsidian take it on (which is now owned by Microsoft). 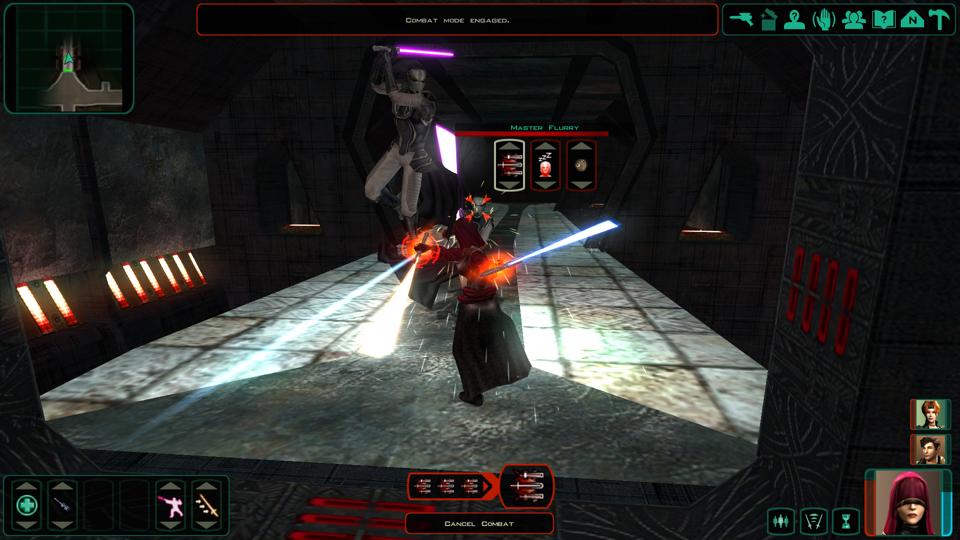 But say the game is being made. How would it change? It seems fairly obvious that turn-based combat would have to be out, as that simply is not a thing in 2020 in games like this. That alone would make KOTOR far more complicated than any simple remaster or remake, as you would have to design an entirely new combat system and re-do pretty much every enemy encounter and fight in the game. Essentially what you would be left with is the script (which would no doubt face its own challenges being translated to new performance capture).

Then there’s the question of what’s “canon.”

While Disney-era Star Wars has recently confirmed that at least the name “Revan” is canon with a Rise of Skywalker easter egg, a game like this would mean the entire KOTOR story is now canon. A core component of Bioware’s original game was player choice, but that means that you are then stuck with potentially multiple canon endings depending on how you as the player choose to act, either good or evil. The original game chose its own “canon” ending eventually, saying that Revan follows the “light side male” playthrough path. So I wonder if a new version of this game would be less about a choice and more about reaching that fixed story destination. Particularly if the rumors are that Disney is considering a live-action version of KOTOR in some capacity which would have to choose a canon path.

As much as I would like to see a full-on KOTOR remake, I think there are a lot of hurdles to making this happen, both on the game production side with what’s currently on EA’s plate, but also about Disney greenlighting this entire chunk of story to become new era canon, while at the same time potentially considering a live action version of the main KOTOR storyline.

I’m not saying it’s impossible, but I think there’s a reason it’s taken 17 years for a KOTOR remake to be considered again, and it ain’t gonna be easy to pull off.

The Latest Chinese Supply Chain Restrictions And Its...