Breaking
The Impact of Internships in Marketing
3 use cases of chatbots for critical services
How To Make Working From Home Appeal To...
Tips on How to Design an Office Space...
4 Tips To Help Build Amazing Customer Relationships
How Are US Pension Funds Responding to the...
Benefits of second-hand cars for your business
4 Reasons Why Your App Needs To Undergo...
Your Guide to Online Marketing
How to find a Solicitor in London
5 car tyre and safety tips for a...
Everything You Need to Know About Corporate Social...
Is Adaptive Leadership the Key to Motivating Employees?
Why business events are set to return with...
Business events set to return with a bang!
Expanding Internationally: 5 Things to Consider for eCommerce...
Home Technology A Lethal ‘Cosmic Impact’ Destroyed One Of The World’s Earliest Human Settlements
Technology

Did a comet or asteroid destroy the home of the world’s earliest known farmers?

One of world’s earliest human settlements was destroyed by a “cosmic impact,” a new scientific paper claims. Probably a comet that burst in Earth’s atmosphere around 12,800 years ago, the explosion destroyed Abu Hureyra, an archaeological site in northern Syria that is thought to be home to the world’s earliest known farmers.

That was one of the most significant events in Earth’s cultural and environmental history, and it may have been destroyed by a comet according to a paper published this week in Nature journal Scientific Reports called “Evidence of Cosmic Impact at Abu Hureyra, Syria at the Younger Dryas Onset.”

Where is Abu Hureyra?

The site is now under Lake Assad in northern Syria, and has been since the 1970s when the Taqba Dam was built across the Euphrates River. A large mound marks the settlement. However, before the dam was built and the site was on the southwest bank of the Euphrates floodplain, archaeologists extracted and described parts of houses, food and tools that proved it to be the location of the all-important human transition to agriculture around 13,000 years ago. This new paper is a reinterpretation of that evidence. 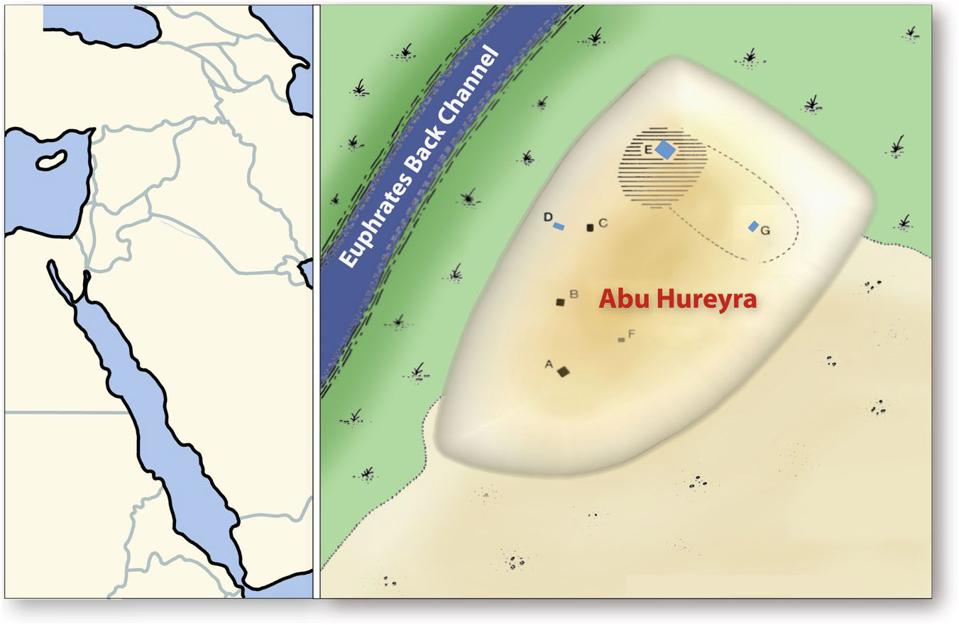 Why is Abu Hureyra significant?

Scientists rate Abu Hureyra as one of the most significant events in human history. Archaeologists found at Abu Hureyra cereals and grains—including rye—suggesting that it was here that formerly nomadic humans first settled down and started cultivating crops. Also found at Abu Hureyra were stones used to grind cereal grains.

What happened at Abu Hureyra?

An asteroid or comet smashed into it in a “cosmic airburst/impact event,” probably around 12,800 years ago. Found by archaeologists “splashed” on building material and animal bones were traces of “melt-glass,” which could only have formed at extremely high temperatures far higher than what humans could achieve at the time. They also found nanodiamonds and traces of suessite, a mineral rare on Earth, but common in meteorites. The scientists also rule-out fire, lighting or volcanism as the source of the melt-glass. Instead, the theory goes that Abu Hureyra suffered a direct hit by something from space. “The Abu Hureyra village would have been abruptly destroyed,” said James Kennett, a UC Santa Barbara emeritus professor of geology. “To help with perspective, such high temperatures would completely melt an automobile in less than a minute.” 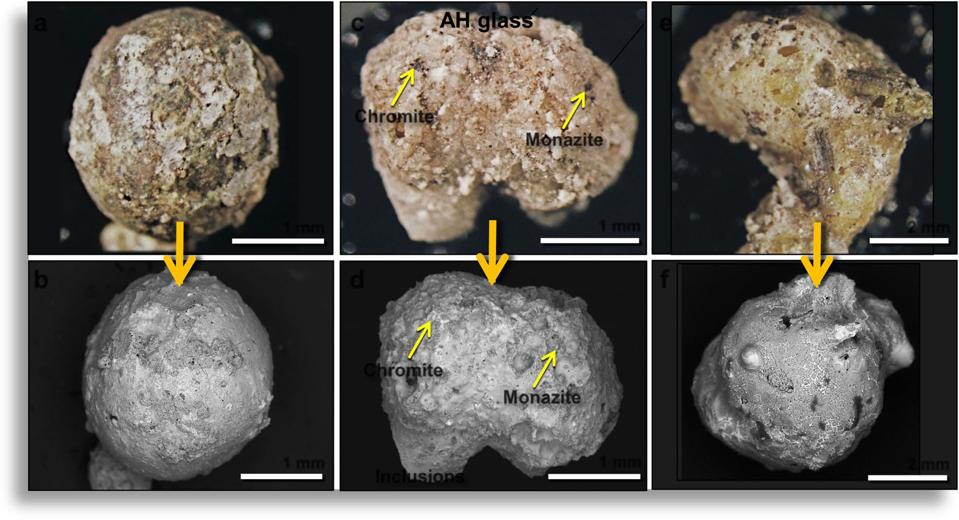 What does the new research show?

The research demonstrates that the melt-glass formed at very high temperatures and included minerals rich in chromium, iron, nickel, sulfides, titanium and even platinum- and iridium-rich melted iron, all of which formed in temperatures higher than 2,200ºC/4,000ºF. “The critical materials are extremely rare under normal temperatures, but are commonly found during impact events,” said Kennett. “Our new discoveries represent much more powerful evidence for very high temperatures that could only be associated with a cosmic impact.” Kennett and his colleagues first reported evidence of such an event in the region in 2012.

Was it an asteroid or a comet?

Probably a comet, but there was no one single impact. “A single major asteroid impact would not have caused such widely scattered materials like those discovered at Abu Hureyra,” said Kennett. Instead, a large part of Earth’s surface probably experienced “multi-continental airbursts,” possibly caused by the debris stream from a short-period comet. “The largest cometary debris clusters are proposed to be capable of causing thousands of airbursts within a span of minutes across one entire hemisphere of Earth,” said Kennett.

The archaeo-paleontological site of Pilauco, on the banks of the Damas River in the city of Osorno, … [+] Chile, contain a human footprint of 15,600 years ago, making it the oldest human vestige discovered in all of America. (Photo by Fernando Lavoz/NurPhoto via Getty Images)

How significant was the impact?

Abu Hureyra is the first site to document the direct effects of a fragmented comet on a human settlement. The fragments of melt-glass are probably all part of the same comet that likely struck Earth—and exploded in its atmosphere—at the end of the Pleistocene epoch. It’s thought the impact killed-off large animals, such as mammoths, American horses and camels, and began a period of cooling. Abu Hureyra is only one of a few different sites that suggest that a comet may have affected a wide area; there is also a site containing similar evidence in Pilauco, southern Chile, as well as a very young impact crater beneath the Hiawatha Glacier in Greenland. 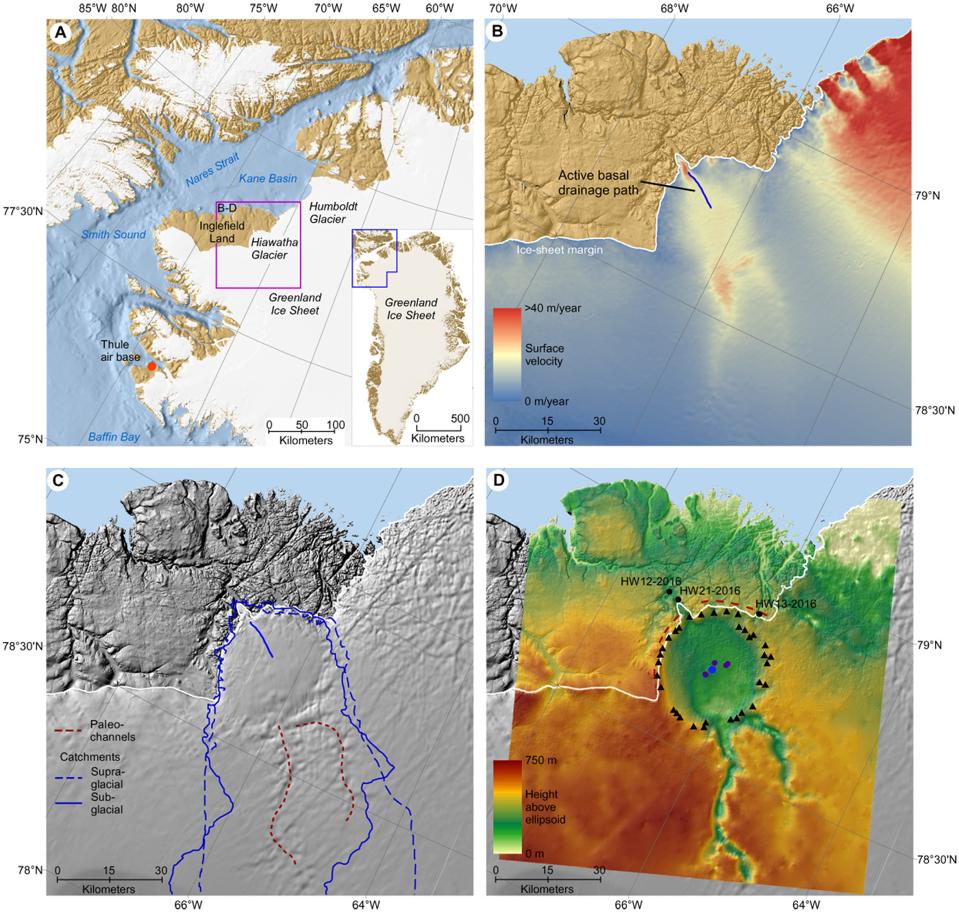 Only Abu Hureyra shows direct evidence of the comet’s affect on an early human settlement, but the paper supports the “Younger Dryas impact hypothesis.” That hypothesis theorizes that a major impact event from a fragmented comet explains why there is widely dispersed evidence—such as traces of melt-glass—at sites covering more than 8,700 miles/14,000 kilometers of the northern and southern hemispheres.