Breaking
How to Run Nonprofit Marketing Ads
Entrepreneurs Are Bringing Transparency To Home Buying And...
Best Incentive To Get Vaccinated: Money, Messaging, Or...
Page Level Query Analysis at Scale with Google...
How A CIO Can Align IT With Business...
Blogger of the Month: Jo, Girl Eats World
6 Things Women In Business Know That Men...
How to Use First-Party Data for Ad Personalization
Pressing Reset—Putting A Fallen Unicorn Back On Its...
How We Went Viral: Promoting Content with Influencers,...
Blame Olympic Record Price Tag For Return To...
Apple iOS 14.5 Release: Should You Upgrade?
How to Come up with Podcast Topics and...
Why Gaming Gear Company Razer Launched A $50...
Technical SEO Implementations to Increase the Impact of...
30 Brilliant Ways to Market Your Eco-Friendly Shopify...
Home General A Look Inside Tasha’s Cauldron Of Everything (And More)
General

A Look Inside Tasha’s Cauldron Of Everything (And More) 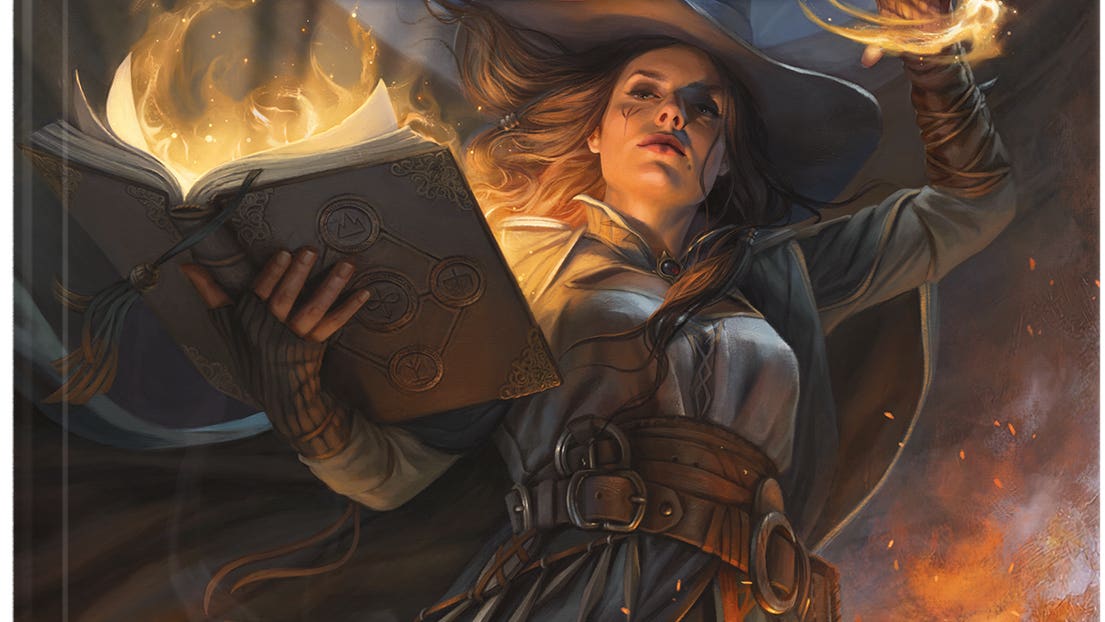 This has been an unusual year for Dungeons & Dragons. Like so many other in-person interactions, COVID-19 affected playing these games on a large and small scale. Wizards of the Coast adapted by moving their big celebrations online. Their release schedule adjusted slightly and November finds three official products hitting the shelves as the holidays roll in. We took a look at all three products to see which should end up under your Dungeon Master’s tree.

Tasha’s Cauldron of Everything

The Fifth Edition of Dungeons ^ Dragons has been notoriously stingy on new rules and player options. When a new book comes out, it gives something for everyone to pour over. Tasha’s Cauldron of Everything has new player options, DM advice and more. The bad news is that some of the content has been seen in other places, such as Eberron: Rising From The Last War, The Essentials Kit and Mystic Odysseys of Theros. The good news is that much of that content has been expanded.

Chapter 1 contains the players’ options. There’s a discussion on how to disconnect bonuses from racial traits, a selection of new feats, an expanded reprint of the Artificer class and new options for the other classes. These include new class features, an explicit option to retrain class abilities starting at fourth level and new subclasses which include several psychic flavored choices. Overall, the classic feel a little more fantastic than the ones in Xanathar’s Guide to Everything, though time will tell if there’s more than a cosmetic element of power creep.

The second chapter focuses on group patrons. Rather than relying on the classic opening of adventurers who meet in a tavern one night and end up sticking together, the group patron gives a little more shape to a campaign by creating an NPC that brings the players together. Each patron is broken down into subtypes, the kind of perks working for that patron can offer, contacts that the patron might know to assist on adventures and even a handful of adventure hooks the Dungeon Master can flesh out. This section seems like a welcome addition to Session Zero that can be flipped through and have everyone discuss what sort of campaign they had in mind together. (Session Zero is the session where everyone gets together, makes characters and discusses campaign ideas before play actually begins)

Chapter three puts forth some new spells and magical items in the game. Many of the magic items connect back to personalities in the D&D world. Fans of Tasha’s Hideous Laughter will find some other spells that she’s created during her time at Baba Yaga’s knee.

Modern RPG techniques are discussed in the fourth chapter, which focuses on Dungeon Master ideas. They include the aforementioned session zero, the idea of a social contract, and a version of lines and veils where everyone at the table outlines the type of content they don’t want to see in their D&D game. There’s also some discussion of one on one gaming which culminates in an expansion of the sidekick rules first seen in the Essentials Kit.

The book ends with some environmental hazards that set up places for players to explore beyond the usual dank dungeons and spooky caves. There’s also a section on puzzles complete with some drop-in examples for Dungeon Masters to use.

D&D has released new screens for each of its adventures but this time they are taking a slightly different tactic. Instead, this kit comes with a screen with charts customized for long trips in the wilderness, a set of dry erase cards with survival rules, hex maps and supply trackers, and a small box of punch out condition and initiative cards like the ones in the Essentials Kit. The set feels like a small extension of that box and that’s where my copy of this kit will live.

This classic card game first was designed by Richard Garfield in 1995. For tables that have played drinking games like President, there’s a lot familiar in this trick taking game. The shifting ranks at the table make it important to treat lessers better because they’ll be in power at some point and remember every moment of cruelty. The D&D theming offers monstrous versions of each of the ranks and this makes an excellent game to play before everyone is ready to play some D&D.

All of these products are available on November 17th, 2020 online and at Friendly Local Gaming stores everywhere.

U.S. Department Of Education Makes It Easier To Apply For Student Loan Forgiveness