Breaking
Why You Should Fire 90% Of Your Clients...
15 Smart Ways To Get More Mileage Out...
14 Smart Ways To Leverage Machine Learning For...
Three Lessons The Life Insurance Industry Learned During...
Why Convenience Is Essential
Norway’s $1 Trillion Oil Fund, BlackRock And Vanguard...
Sennheiser Makes Open-Back Headphones More Affordable With The...
Artificial Intelligence Is Ready For Prime Time, But...
Satellite Science Is Helping The Environment, From Farms...
Corporate America’s Employment Problem Isn’t Just Race But...
Designing Household Appliances With Planet And Health In...
Fauci: ‘We’re Nowhere Near Herd Immunity’ In The...
Behind The Curtain—Chapter 11 From The Inside—Chapter 10—The...
Three Classic Ways To Get New Business
Email Marketing Consulting
With Hope, Perseverance And Faith, Two Friends Are...
Home Technology A Mammoth Discovery In A Kentucky Cave- Shark Fossils!
Technology

A Mammoth Discovery In A Kentucky Cave- Shark Fossils!

Kentucky isn’t the first place one would think of looking for oceanic fossils, but during the Carboniferous Period (from about 359 to 299 million years ago) many parts of North America were under ancient oceans. Termed “Carboniferous” due to the bounty of coal deposits throughout northern Europe, Asia, and midwestern and eastern North America, the period has been separated into two “times” in the United States. One was the Mississippian (or early Carboniferous) and other is the Pennsylvanian (late Carboniferous) subsystem; this was to differentiate between the coal layers of the Pennsylvanian from the mostly limestone-bearing layers of the Mississippian. 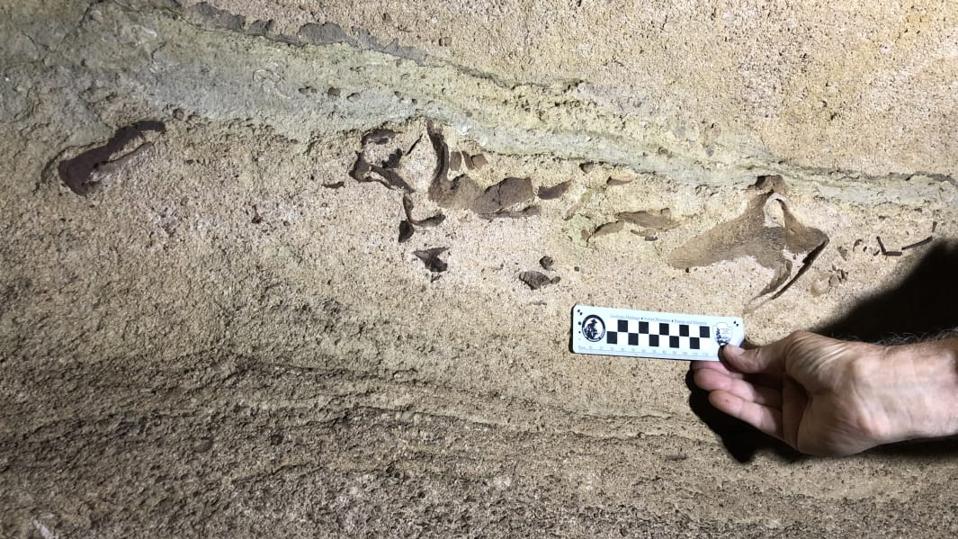 The embedded fossil in the Kentucky cave system. On the right hand side of the picture is the back … [+] part of the jaw, where it attaches to the head. The far left of the picture shows the “chin” of the jaw, which sticks out. In between are teeth and pieces of other cartilage. The scale bar is 10 centimeters in length.

It was during the Late Mississippian geologic time period (give or take 330 million years ago) when sharks lived above what we now know as the state of Kentucky. The ancient sharks perished and their remains (usually teeth since cartilage tended to rot away before fossilization could commence) sank to the ocean floor that eventually became a limestone cave. Mammoth Cave National Park was established in 1941 and has one of the longest known cave systems on the planet (400+ miles) which held an incredible secret: the remains of 15 to 20 different shark species. Not only were teeth found, but according to paleontologist and program coordinator at Dinosaur Park in Maryland John-Paul Hodnett the head of a great white-sized shark was discovered to be protruding from a cave wall as well!

“There’s hardly ever any any record at all of sharks teeth coming from these rocks. So that was exciting,” Hodnett told CNN. “So this is a brand new record of sharks from a particular layer of time.”

The fossils weren’t discovered by Hodnett but two Mammoth Cave scientists, Rick Olson and Rick Toomey, who were mapping parts of the extensive cave system when saw a multitude of shark fossils. They took pictures and sent them to Hodnett due to him conducting support research for the National Park Services and his expertise in Paleozoic sharks. He was intrigued not just by the various shark teeth but also what seemed to be cartilage, which is rarely preserved, and decided to visit the cave in late 2019. Hodnett didn’t uncover a full skeleton but instead parts of a head from the ancient shark Saivodus striatus; from what he could see, the lower jaw was identified to be 2.5 feet in length.

“What we saw in the cave was amazing because just from the shape of the jaw we’ll be able to find out more about how this species lived and we’ll be able to fit it in the shark family tree more accurately,” Hodnett told CBS. Belonging to the Ctenacanthiformes, the palaeontologist said this predator could reach 16 to 20 feet long, about the size of today’s great white sharks. The exact size of this is unknown, and much can be encased in the limestone rock. “It’s super exciting, but not exactly the easiest thing to study,” Hodnett explained. “Caves are a very special environment, so it’s not ideal to be removing big chunks of rock out of it and damage the internal environment by doing this.” 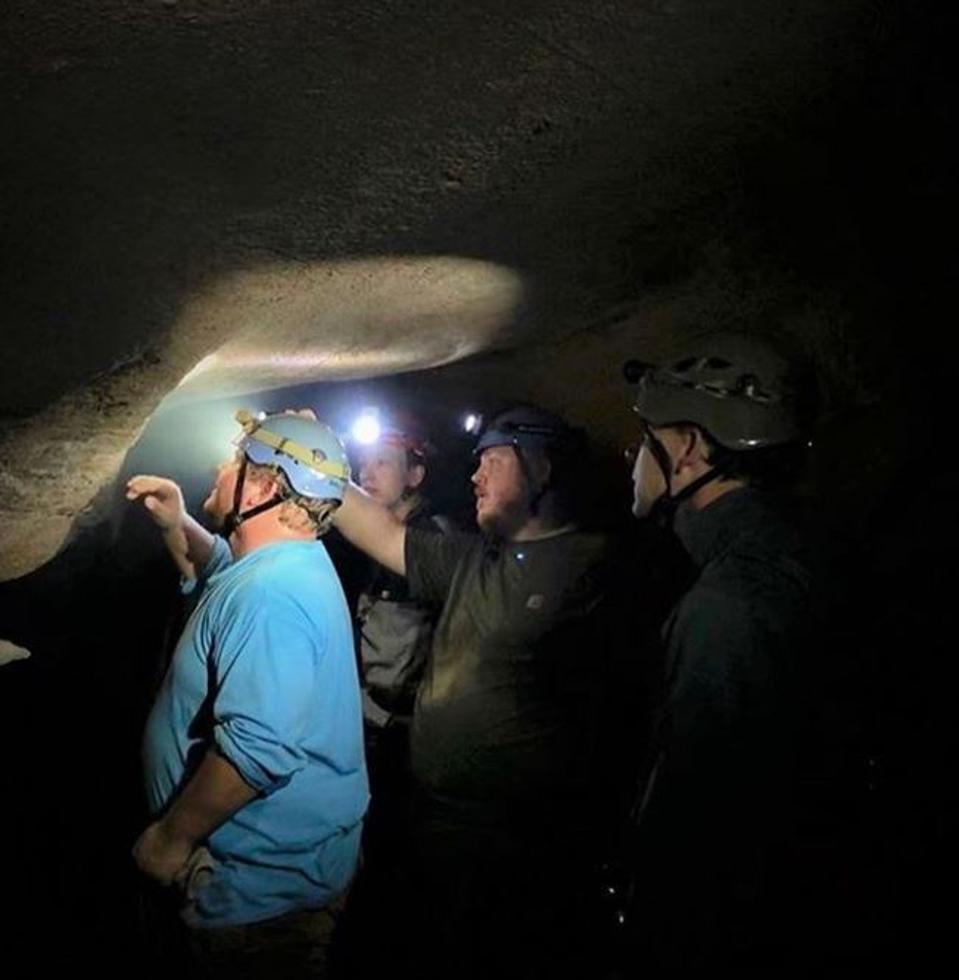 The Mammoth Cave National Park Fossil Shark Research Project has already documented over 100 … [+] individual specimens of sharks from inside the cave system!

This particular part of the cave is not on display to your average visitor, either, with the scientists having to crawl for about a quarter of a mile to reach the remains. How, exactly, they will be able to excavate is not quite known. But in the meantime, Hodnett has found about 150 fossils from 15 to 20 different species in that hidden treasure cove, and that’s without any major digging! “We literally just scratched the surface, and the sharks are just coming out from that scratch,” Hodnett said. “So, hopefully, with more field work, we’ll get another good batch of specimens to kind of help get at least some more rich diversity.”

Any further findings from this special spot will be presented at the Society of Vertebrate Paleontology meeting this October.