Bitcoin, after surging higher this week, has suffered a flash crash, losing around $1,500 from its price in matter of minutes.

The bitcoin price broke $12,000 per bitcoin on the Luxembourg-based Bitstamp exchange early Sunday morning only to plummet 12% to $10,500 within the hour.

The bitcoin price has now bounced back, somewhat pulling the wider cryptocurrency market with it, to trade at around $11,300—but not before more than $1 billion of bitcoin and crypto positions were liquidated across various exchanges. 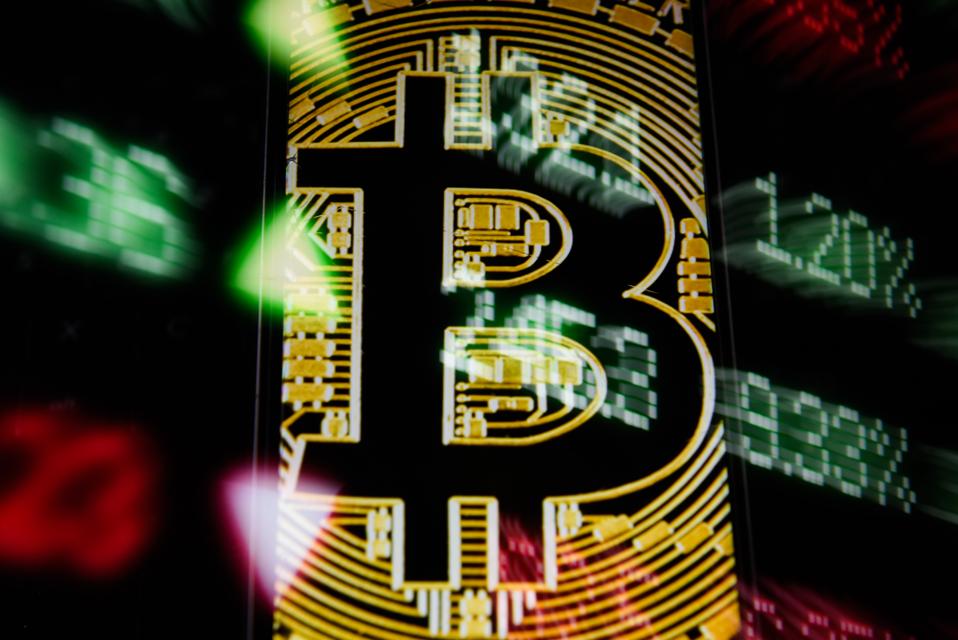 Volatility has returned to bitcoin after months of relative stability, with the bitcoin price … [+] soaring earlier this week only to move sharply lower this weekend.

“In the past 24 hours, 72,422 people were liquidated,” bitcoin and crypto market data provider Bybt said via Twitter, adding the largest single liquidation order, worth $10 million, occurred on the Seychelles-based exchange Bitmex, known for its high leveraged trading volume.

Leveraged trading allows traders to take larger positions with smaller amounts of capital, with the number of bitcoin and cryptocurrency exchanges offering high leveraged trading exploding over recent years. Traders take positions, effectively bets, on where they expect prices to be when their position “closes”—losing their capital if the market goes against them.

This week’s bitcoin price rally has attracted a surge of retail traders to the crypto market, with many bitcoin exchanges reporting year-to-date trading highs as eager investors attempted to catch the upswing.

The cause of the bitcoin flash crash was not immediately clear, however some speculated it could have been caused by so-called “whales” who control large amounts of bitcoin and other cryptocurrencies moving the market. The market is more easily pushed around by whales when trading volumes are lower, such as early on Sunday morning.

The sudden move in the bitcoin price, which caused over $20 billion worth of value to be wiped from the combined market capitalization of the world’s cryptocurrencies according to CoinMarketCap data, was watched with combination of shock and awe by the bitcoin and cryptocurrency community.

“Bitcoin is the most ruthless asset in the world,” bitcoin and crypto investor Anthony Pompliano said via Twitter.

MORE FROM FORBESFormer Hedge Fund Billionaire Makes The Case For $20,000 Bitcoin Price By The End Of 2020By Billy Bambrough 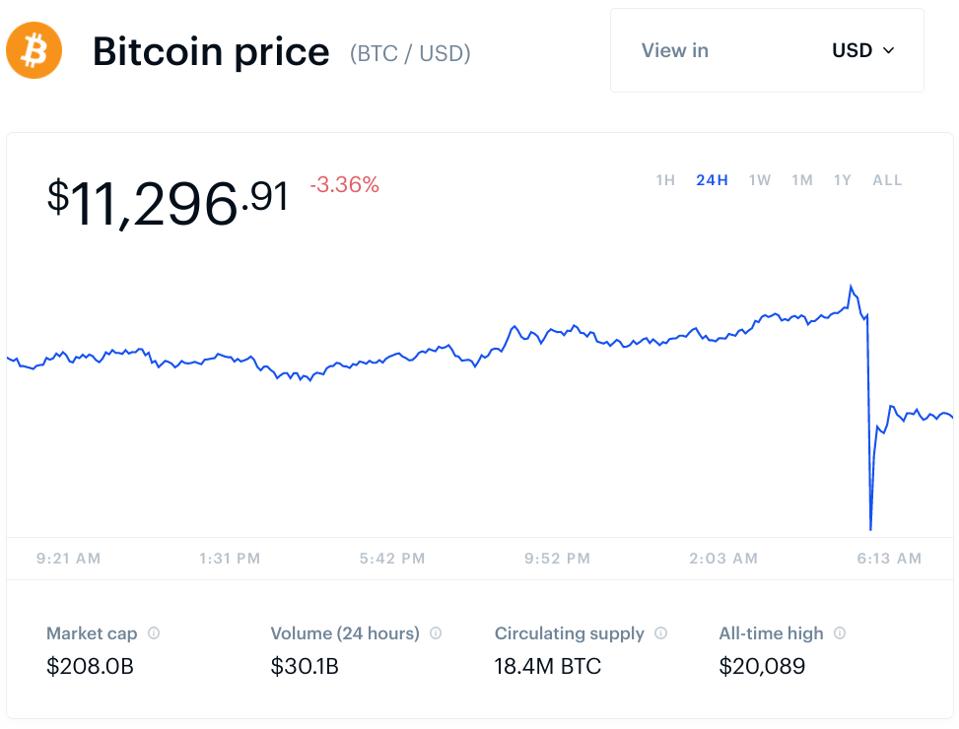 The bitcoin price took a sudden dive early on Sunday morning, dragging the wider crypto market with … [+] it and creating chaos for bitcoin traders.

Bitcoin’s rally this week, breaking its near three-month trading malaise, has been attributed global investors seeking low risk so-called safe-haven assets, such as gold—which came within striking distance of hitting $2,000 for the first time this week.

“Bitcoin’s push has been fueled by the drive towards safe-haven assets,” Micah Erstling, trader at bitcoin and crypto market maker GSR, said via email.

“Markets are being driven by ongoing coronavirus concerns, as well as U.S.-China trade tensions, which also helps to explain gold’s meteoric rise. Even then, gold is still up 28% for the year, compared to bitcoin’s 50%. Perhaps bitcoin is fulfilling the narrative of becoming an all-encompassing, risk-on, safe-haven, deflationary asset.”

3 Ways To Increase Your Sales Call Close Rate To 60%

Is NetApp Stock Oversold At $40?

The Future Of Fintech: The New Normal After...