Breaking
Rival Independent ‘Oversight Board’ Formed By Facebook’s Rivals
Meet George The Poet: Spoken Word Artist Partnering...
Parrot Plumage Color May Be Linked To Body...
Best Applicant Tracking Software
Recent Precious Metals Dip A Buying Opportunity
Looking For Venture Capital? Here’s How One 50+...
Trump Will Create More Debt Than Obama
Growing Your Retirement Money Using 401(k) Dollar-Cost Averaging
Wellness Exec Abby Miller Levy Partners With Venture...
Microsoft Teams Issues Strike To Zoom With Tidal...
What’s Coming For The S&P 500 In October
4 Ways You Can Showcase Empathy With Your...
A $22,000 Microsoft Surface Will Soon Be For...
Zooming In – Should SMEs Invest In The...
iOS 14: The Surprising Security Risk Of Sharing...
How A Break From Lord Sugar Changed The...
Home Technology A ‘Memorial Day’ Moon, A Spaceship And ‘Manhattanhenge’: What You Can See In The Night Sky This Week
Technology

A ‘Memorial Day’ Moon, A Spaceship And ‘Manhattanhenge’: What You Can See In The Night Sky This Week

Each Monday I pick out the northern hemisphere’s celestial highlights for the week ahead, but be sure to check my main feed for more in-depth articles on stargazing, astronomy and eclipses. 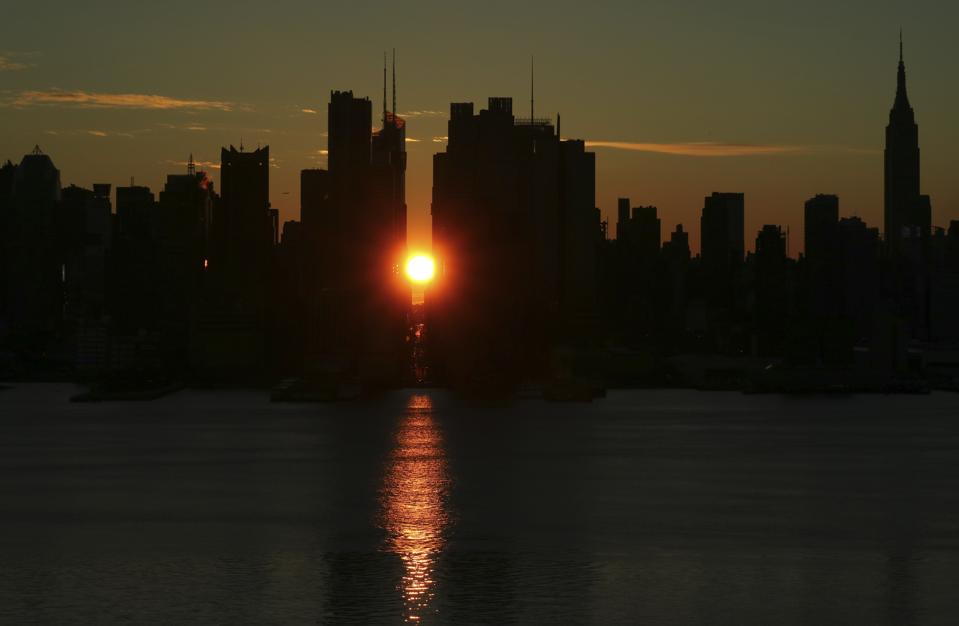 This week it’s all about a crescent Moon on display with Mercury and a fast-sinking Venus—all visible together on Memorial Day in the US—as well as a rather special spaceship, and a quirk of urban design. As the Moon waxes this week it will also pass some notable bright stars, which is a great chance to learn a few constellations.

All the while, Venus appears to move closer to the Sun. It’s visible only in twilight. Very, very soon it will be gone into the Sun’s glare.

This week will also see SpaceX launch two NASA astronauts to the International Space Station (ISS), before the week ends, for New York City residents only, with “Manhattanhenge”—when the setting sun is aligned with Manhattan’s east-west street grid.

Got outside 30 minutes after sunset and you’ll see, in the western sky, bright Venus above the sunset point, with much dimmer Mercury (probably visible only though binoculars) between it and a beautiful 10%-lit crescent Moon. Have a look for “earthshine” on the darkened (left-hand) limb of the Moon—that’s sunlight being reflected off the Earth back on to the lunar surface.

Tonight an 18%-lit crescent Moon will shine just to the left of the main bright stars of Gemini, Castor and Pollux. Visible high in the southwest after dark, you’ll see the Moon approaching and the forming a line with Pollux in the middle, and Castor on the right. Both stars are double stars 34 and 50 light years away, respectively.

If you have a pair of binoculars, find the 27%-illuminated Moon high in the southwest and look just two Moon widths around it for the Beehive Cluster, one of the nearest open clusters to Earth, in the constellation of Cancer. Its 1,000 stars are a beautiful sight in binoculars.

Today is also when—if all goes to schedule—SpaceX will launch two NASA astronauts to the ISS as part of the Crew Dragon Demo-2 mission. It will be the first time astronauts have gone into space from American soil since the last Space Shuttle mission in 2011. NASA astronauts Doug Hurley and Bob Behnken will blast-off on top of a SpaceX Falcon 9 rocket from NASA’s Kennedy Space Center in Florida at 4:33 p.m. EDT/20:33 GMT. You can watch it live on YouTube with either NASA TV or SpaceX. 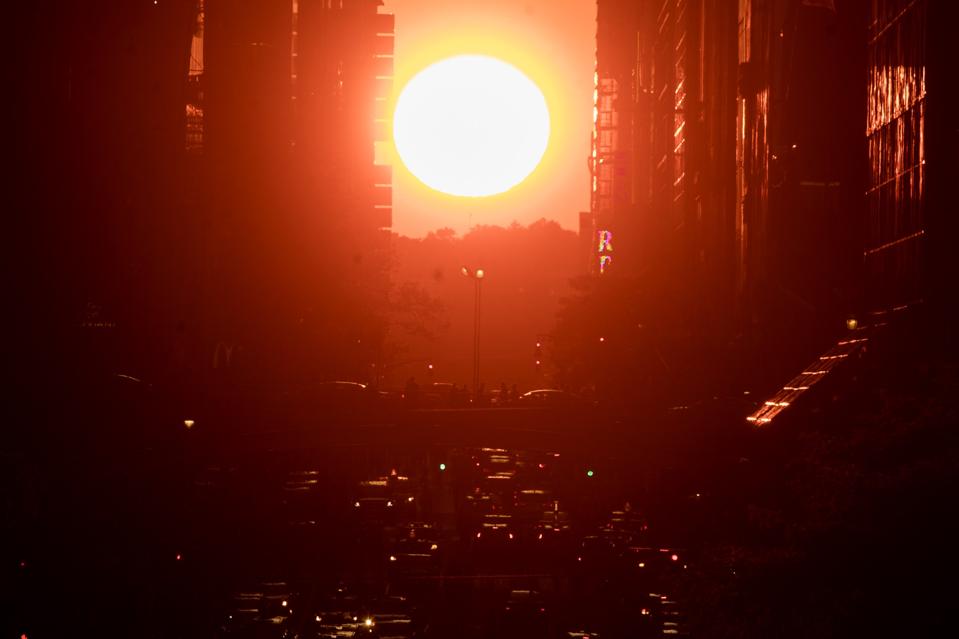 Here’s a sight only for residents of Manhattan, New York City; the sight of the setting Sun between the buildings as our star aligns perfectly with the city’s transit grid. It’s been called “Manhattanhenge” (after Stonehenge) and the “Manhattan Solstice.” Today the Sun will set dead-on the grid, so a half-Sun only will be aligned. More details here.

It’s the same as yesterday, but today the whole of the Sun’s disk will appear just above the road, dead-on the grid, a fraction before it sinks below the horizon.

Spending On Blockchain Solutions Could Surpass $16 Billion By 2023