Breaking
ESBC Major Updates: Tons Of Heavyweight Greats Added...
5 On-Demand Courses To Help Develop Your Leadership...
How to Run Nonprofit Marketing Ads
Entrepreneurs Are Bringing Transparency To Home Buying And...
Best Incentive To Get Vaccinated: Money, Messaging, Or...
Page Level Query Analysis at Scale with Google...
How A CIO Can Align IT With Business...
Blogger of the Month: Jo, Girl Eats World
6 Things Women In Business Know That Men...
How to Use First-Party Data for Ad Personalization
Pressing Reset—Putting A Fallen Unicorn Back On Its...
How We Went Viral: Promoting Content with Influencers,...
Blame Olympic Record Price Tag For Return To...
Apple iOS 14.5 Release: Should You Upgrade?
How to Come up with Podcast Topics and...
Why Gaming Gear Company Razer Launched A $50...
Home Business A Nationwide Survey Shows Price Disparity Among Top-Selling Supermarket Wines
Business 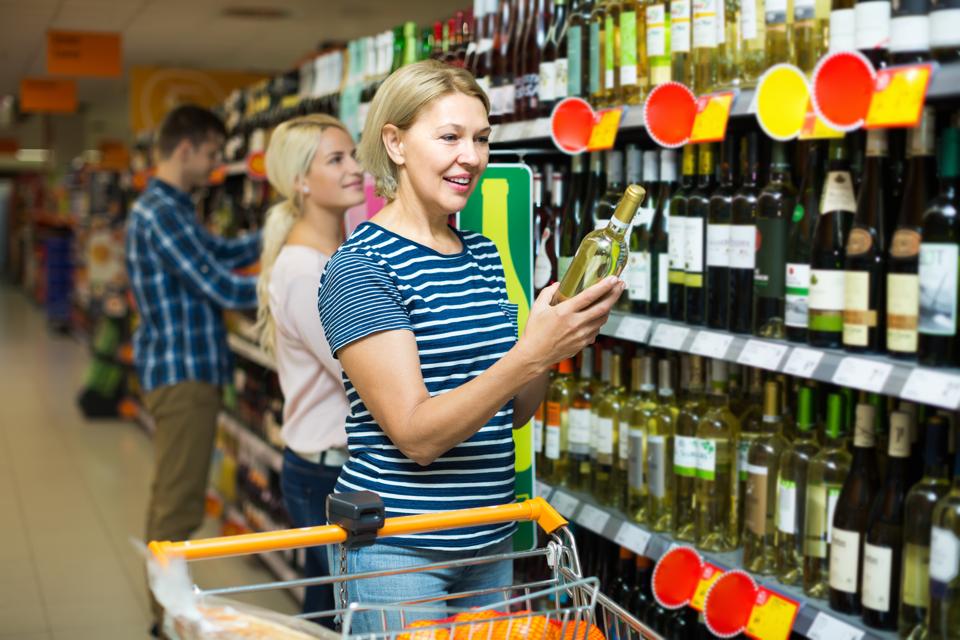 On its website, House Method claims a mission to, “…save US homeowners over 1 billion hours each year on home maintenance and repair decisions.” How the company’s recent wine survey falls in line with that mission statement is a mystery; in fairness, the website includes a “lifestyle” section.

House Method put together a team to uncover the average cost of a bottle of wine in each of the fifty U.S. states. The parameters were simple: one red, one white and one rosé were selected from a list of ten best selling under $30 supermarket wines of 2018 as presented by VinePair, a digital company serving up content (articles) about beverage alcohol—and food, too.

The wines selected for this survey were: Nobilo Sauvignon Blanc, Marlboro, New Zealand; Louis M. Martini Sonoma Cabernet Sauvignon, Sonoma California; and Bieler Pere et Fils Sabine Rosé, Coteaux d’Aix-en-Provence, France. The team put together up to ten zip codes of urban and rural areas within each state and went to work to uncover national and regional prices from retailers for a 750ml. bottle of each wine.

Generally, wine prices for the same vary significantly across state lines. According to House Method, if you want to save money on wine, with the exception of New Mexico, the regions to shop in include Northeast and Mid Atlantic states. Massachusetts came in as the least expensive, averaging $10.97/bottle. Maryland followed at $11.14, Delaware at $11.31, New Mexico at $11.43 and Connecticut at $11.47.

The team found, however, that the same bottle of wine could cost as much as $5 more depending on the state. Mississippi proved to be the most expensive in this survey: average bottle was $15.51. The only other state with an average above $15.00 was Georgia ($15.16).

The Sauvignon Blanc (SB) came in at the lowest price in the overall survey, $7.97/bottle in Massachusetts; the average price of the same wine in seven states was under $10.00, mostly hovering around $8. According to the survey map, the highest price for the SB was $13.99 in five states: Rhode Island, Maine, Pennsylvania, New Hampshire and Alabama. A $6/bottle disparity!

Does wide price disparity have to do with distribution costs, cost of living within a state, state beverage alcohol taxes or any combination of the three possibilities?

A House Method spokesperson, Kalina McKay said, “It’s not the cost of shipping across state lines because the prices reflect in-store costs.” She also said price variation, “…is mostly related to cost of living.”

A $5, $6 or $7 pricing spread is, as the saying goes, not chicken feed. If it’s all attributed to cost of living, that would call for a big WOW! But controlling tax revenue is important to federal, state and local governments. State taxes are probably part of the wine price disparity across the states, and if the tax differential is as wide as prices indicate, it might be a driving reason for resistance to interstate Direct-to-Consumer wine shipping by retailers.

The wines in this survey fall directly into a category which wine business analysts have been saying is in a downward retail sales spiral—under $20/bottle. Makes me wonder whether there’s a survey in the making at House Method and/or VinePair—or anywhere else—to address how pricing might influence the spiral.