Breaking
Making America’s Trumps Pay Their Fair Share
Fortnite Season 4, Week 9 Challenges Revealed And...
Yesterday You Were Just A Business; Today You...
Should Your Company Help Get Out The Vote?...
Hyperautomation And What It Means For Your Business
Parker-Hannifin Crosses Pre-Covid Peak But Investors Set To...
6 Reasons Your Cold Messaging Efforts Fail And...
4 Analytics Categories To Track To Improve Your...
Predictions 2021: Cloud Computing Powers Pandemic Recovery
This Is Why You Need A Strategy In...
Economic Research Exposes Significant Flaws In DOL H-1B...
How Breast Cancer Turned This Entrepreneur Into A...
Bitcoin Price: What Next After Fresh Surge Toward...
Societal Platform Thinking
Trump And Biden Will Debate Suburbs’ Future To...
Apple Has More Bad News For iPhone 12...
Home Business A New Walkable Pocket Community In Rhode Island
Business 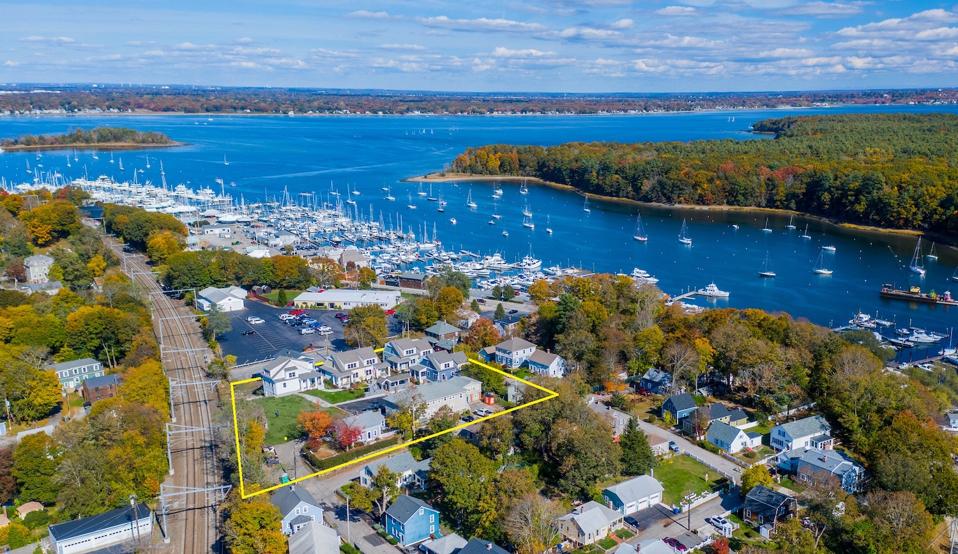 This cottage community is located close to the town and piers.

A second-generation builder, Zarrella grew up on job sites and attended college before joining the family business. He graduated with an excellent knowledge of energy efficient building and a desire to build houses on his own.  He began studying the housing market and noticed that the building, land and labor costs were rising faster than people’s salaries. He also found a scarcity in the availability of suitable land to meet the housing demand.  Zarrella decided that the answer to these issues was in building density rather than sprawling. 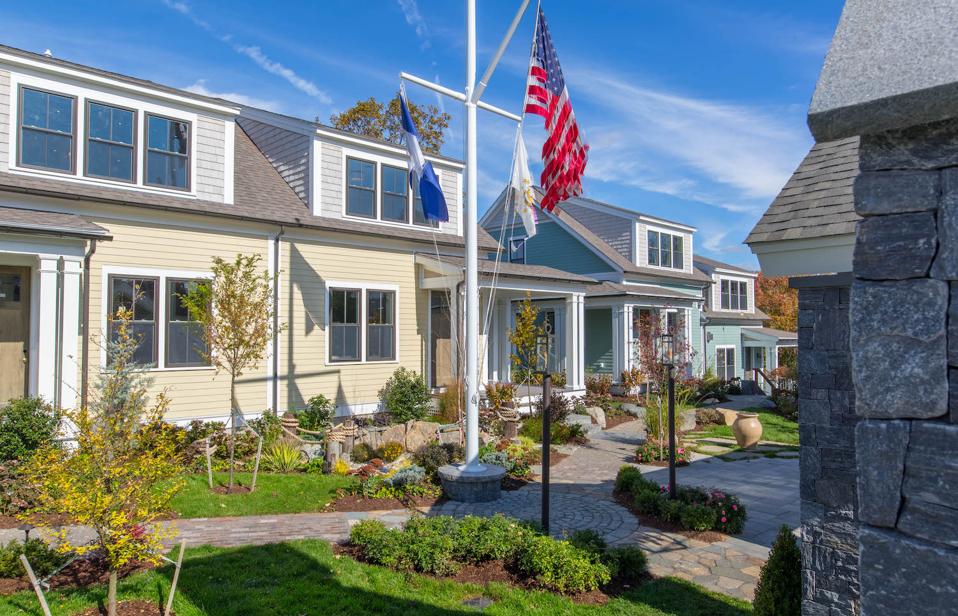 Most of the houses have porches for friendly interaction.

“Studying new urbanism and reading the works of Ross Chapin, Don Powers and Christopher Alexander, I learned a pattern language of living that includes the introduction of a Pocket Neighborhood,” says Zarella

He decided that “most buyers today are willing to sacrifice square footage for quality and the only way buyers can afford to have a 2 million dollar backyard for $550,000 is to split it 9 ways.” 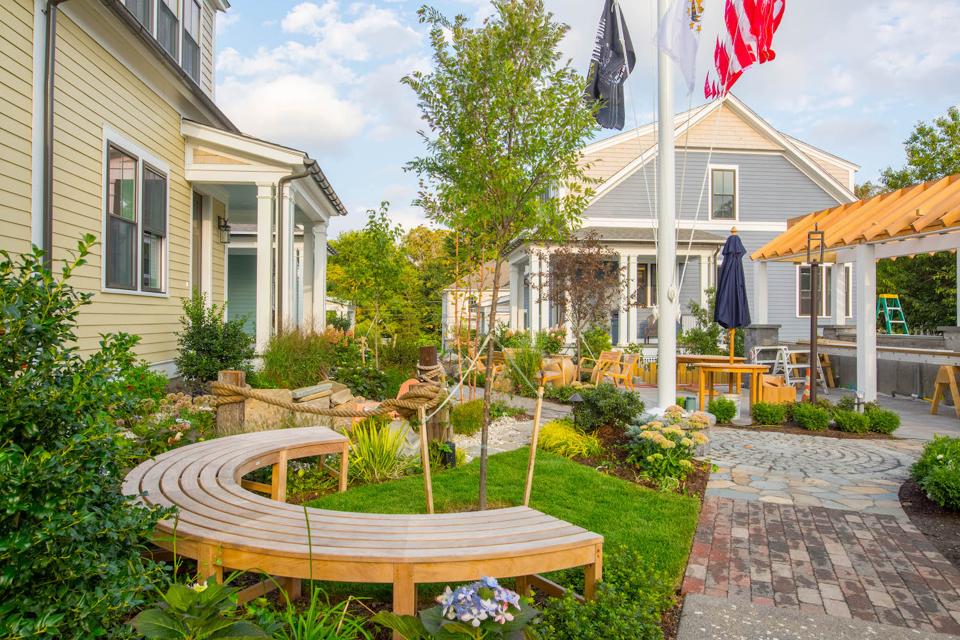 He sees potential homeowners as a wide demographic. He believes millennials are willing to sacrifice square footage for quality, they value experiences over material items and want walkability to amenities and downtown areas. Young, highly educated, technology-driven millennials desire mobile, walkable lifestyles. They are willing to sacrifice space for shorter commutes and open space, that fosters community interaction.

Other potential homeowners include single women, who appreciate the security of having many eyes on the common area. Active adults, who are typically downsizing, want the freedom to clean a smaller house and never have to touch a lawnmower again. Zarrella also points to commuters who work in Boston and New York as potential buyers. He says, “Affordable homes are becomes increasing more difficult to obtain in nearby city’s like Boston and New York. This neighborhood lies directly in between both cities and is within 10 min drive of both a train station and an airport. Therefore people are willing to commute, for a better living condition and more value.”

“The growing demand for a walkable lifestyle has the potential to transform sprawling suburbs into walkable communities”, says Zarrella.

According to the National Association of Home Builders 2019 Best in American Living™ Awards (BALA) awards committee, which named the Castle Street Cottages its Community of the Year, this project shows the way forward and can serve as a blueprint for the future of housing and an answer to the “missing middle.”

There are three models for homeowners to choose from at this community. A shared common area includes six mini venues including outdoor kitchen and a fireplace (for use individually or for social gatherings), as well as boat slips. 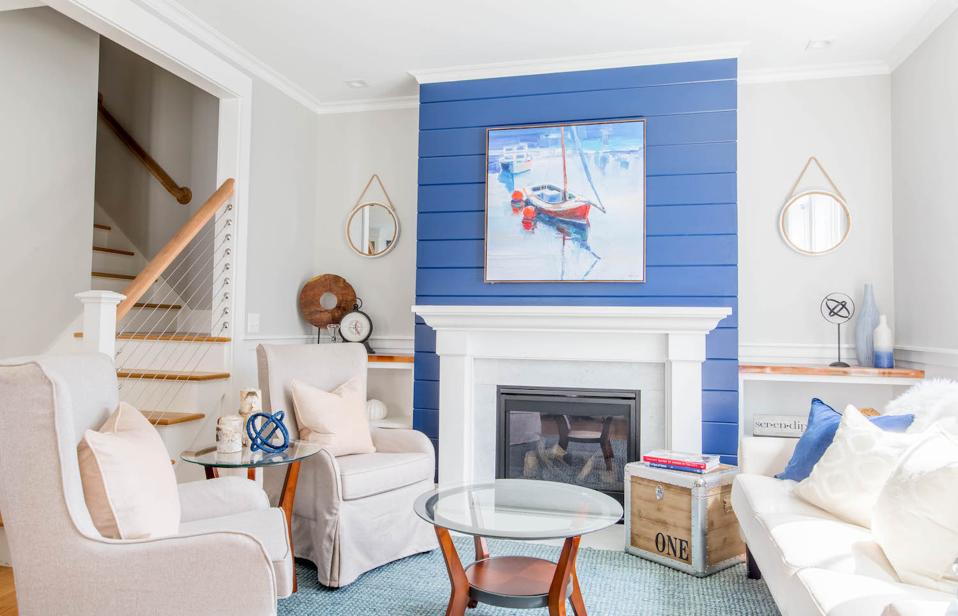 The interior spaces make the most of their size, with high ceilings and lots of light.

He built a stormwater mitigation system and a sophisticated drainage system that will resolve a 300 year issue in this historic neighborhood. He is also reusing some of the old materials of the building that was raised before construction was begun on this community. The houses include radiant floor heating and heat pumps for the heating/cooling. A lower carbon footprint is achieved by making the units small, including on-demand hot water units, spray foam insulation, and high efficiency windows, appliances, and fixtures.

Like many cottage communities, the mailboxes are located in a common area so people have an opportunity to meet and socialize. Zarrella says, “This built concept fulfills our vision of providing care-free living in a sustainable, harmonious, resident centric environment.