Breaking
Rival Independent ‘Oversight Board’ Formed By Facebook’s Rivals
Meet George The Poet: Spoken Word Artist Partnering...
Parrot Plumage Color May Be Linked To Body...
Best Applicant Tracking Software
Recent Precious Metals Dip A Buying Opportunity
Looking For Venture Capital? Here’s How One 50+...
Trump Will Create More Debt Than Obama
Growing Your Retirement Money Using 401(k) Dollar-Cost Averaging
Wellness Exec Abby Miller Levy Partners With Venture...
Microsoft Teams Issues Strike To Zoom With Tidal...
What’s Coming For The S&P 500 In October
4 Ways You Can Showcase Empathy With Your...
A $22,000 Microsoft Surface Will Soon Be For...
Zooming In – Should SMEs Invest In The...
iOS 14: The Surprising Security Risk Of Sharing...
How A Break From Lord Sugar Changed The...
Home Finance A New Way To Track The Dow Jones Industrial Average
Finance

A New Way To Track The Dow Jones Industrial Average 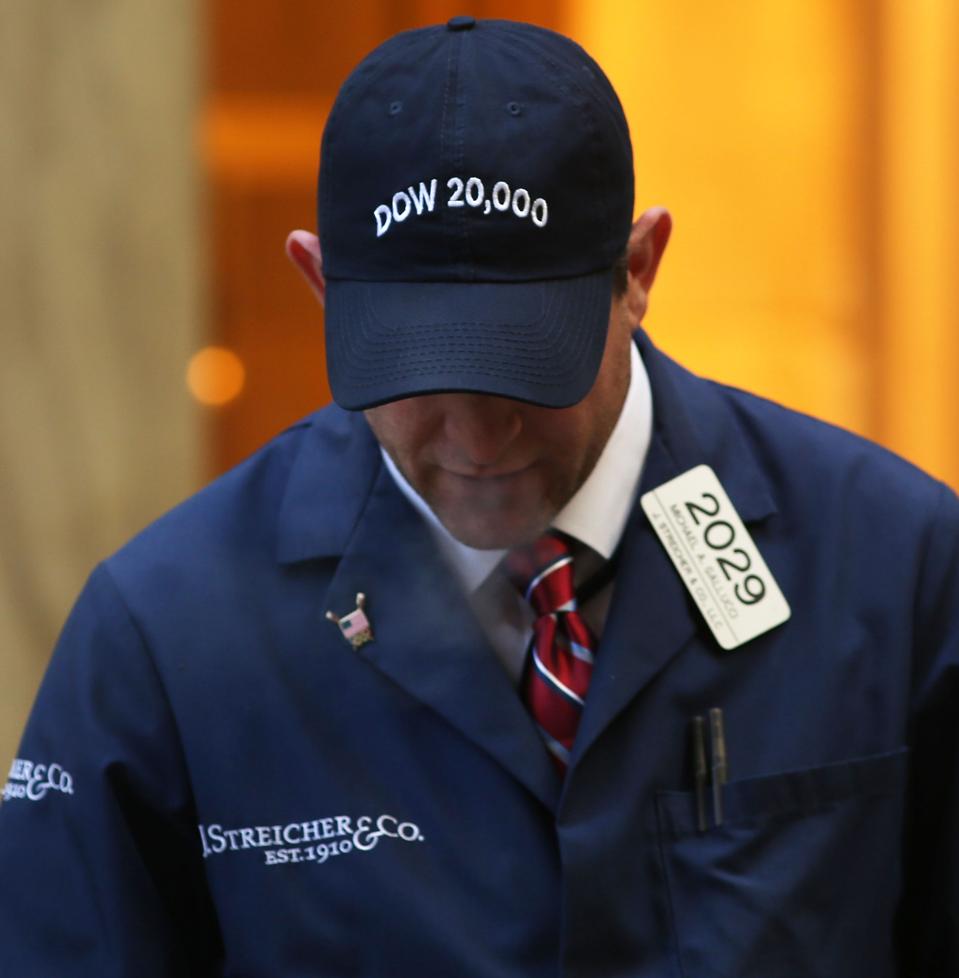 Since the 2016 presidential election the Dow Jones Industrial Average began to climb above 1,000-point milestone levels beginning with Dow 18,000.

Each time a new milestone was reached the traders on the floor of the New York Stock Exchange passed out baseball hats with the milestone on the hat. Since Dow 18,000 there have been 11 additional hats passed around—up to Dow 29,000, which was crossed as 2020 began.

Since then, the Dow slipped below each of these 11 hats between February 21 and March 23. That’s a lot of lost caps within one month.

The rebound from this low stalled just above the Dow 22,000 hat. I will call this my “Dow Hat Indicator.”

Here’s my monthly chart for the Dow 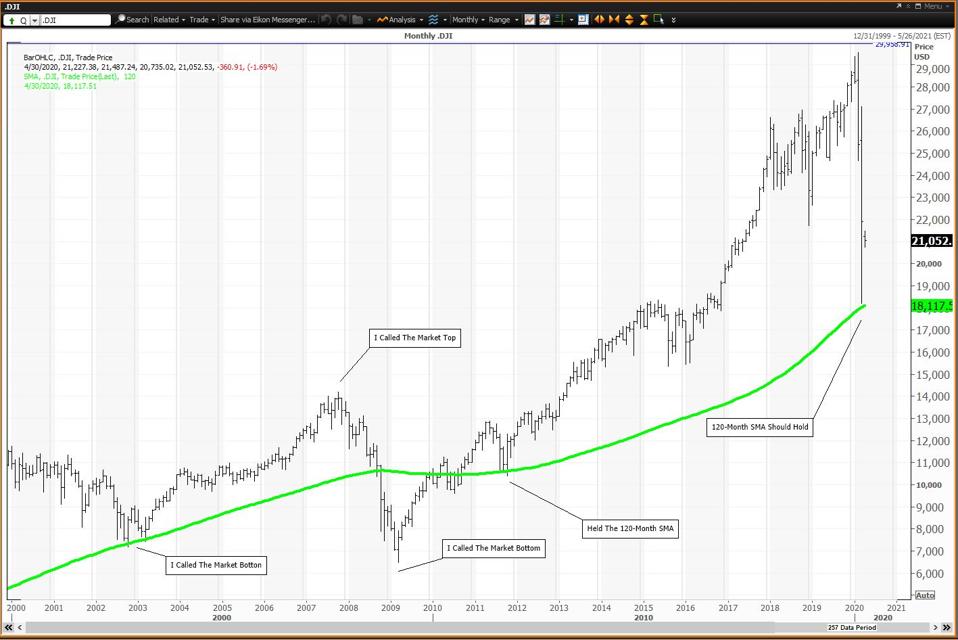 Monthly Chart For The Dow

Look at the scale on the right in the chart. Each level matches the Dow Hats that were given out during the bull market gains since November 2016. The Dow cascaded below all 11 hat levels between February 21 and March 23. The rebound off the low stalled above the 22,000-hat.

The 120-month simple moving average is shown in green. The vertical lines are each month going back to the beginning of the 21st Century. The comments show my market-timing calls since the year 2000.

What happens if this moving average fails to hold? The downside is to the October 2007 high of 14,198.

Want to learn how to integrate trading levels into your everyday trading strategy? Check out my new publication, 2-Second Trader.

Golf In A Time Of Coronavirus

Hulu’s 68 Best Shows To Watch In Lockdown, According To Rotten Tomatoes