Breaking
5 Tips For Virtual Networking Success
10 Ways Covid-19 Vaccine Supply Chains Need To...
Here Come The Workers: 4 Steps To Take...
First Electric Car? Consider These Four Big Upsides...
What’s Missing From Howard Marks’ “Something Of Value”
A 10 Billion-Year-Old ‘Super-Earth’ Has Been Found In...
David Einhorn Warns Of Danger From Valuation-Indifferent Investors
How Safe Is Your Stock Portfolio Over 30...
Technology Is Rapidly Changing Cancer Care
4 Major Market Changes In 2020 That Can...
Boston Globe Starting “Fresh Start” Initiative As Part...
Can Money Protect You From Covid-19? It May...
The Most Important Voice In Artificial Intelligence: Frontline...
How to Start an Online Store
Amazon’s Small Business Empowerment Team Is Helping Entrepreneurs...
10 Ways For Entrepreneurs To Power Through Tough...
Home Business A Reported Takeover Bid Values TikTok At $50 Billion
BusinessSocial MediaTechnology

As TikTok faces mounting security and privacy concerns and a possible ban in the U.S., some investors of its China-based parent company ByteDance are seeking to take over the short-form video social media app and have valued it at about $50 billion, according to a Reuters report. 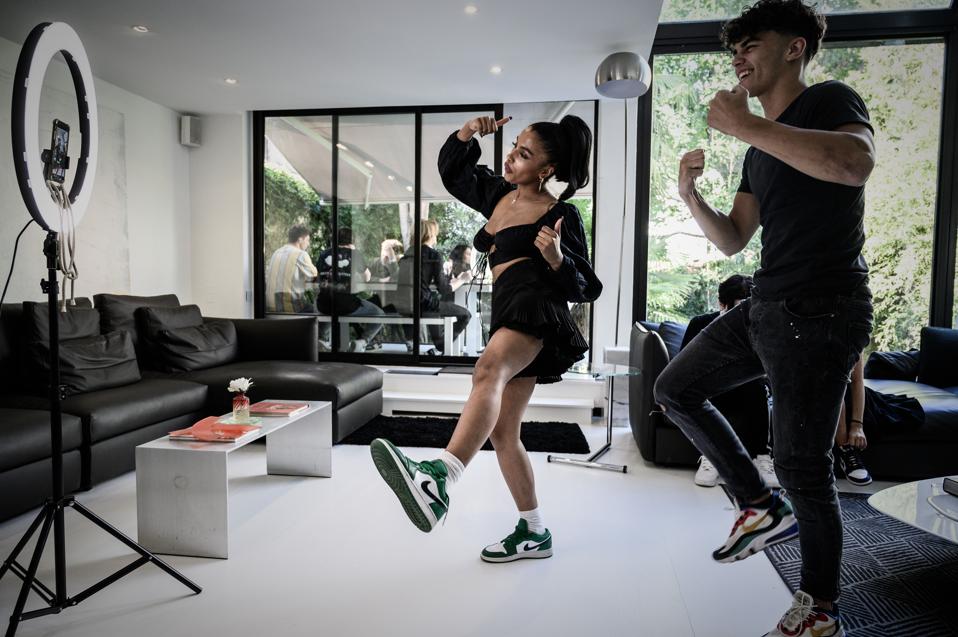 ByteDance, which is privately owned, has received a proposal from some of its investors, including Sequoia and General Atlantic, to transfer majority ownership of TikTok to them, sources familiar with the matter told Reuters.

Companies and investment firms have also approached ByteDance about acquiring TikTok, which crossed the 2 billion downloads mark in April, according to Sensor Tower, a data firm that evaluates mobile apps.

ByteDance executives have reportedly valued TikTok at more than $50 billion so it is unclear if Zhang Yiming, the billionaire founder of ByteDance and TikTok, will take the offer.

TikTok expects to bring in $6 billion in revenue in 2021 as it grows and makes more money from advertising, sources said, which would give it a whopping $300 billion valuation using the current 50 times projected revenue model.

ByteDance is reportedly considering divesting TikTok’s U.S. operations in an apparent workaround to the potential ban in the U.S. regarding security and privacy concerns — TikTok has repeatedly denied claims that it shares its users’ data with the Chinese government and has told CNBC that protecting the privacy of its users’ data is a “critical priority.”

White House trade advisor Peter Navarro told Fox News last week that President Donald Trump will take “strong action” against TikTok and other Chinese apps, claiming that all data collected from Americans by TikTok, “goes right to servers in China, right to the Chinese military, the Chinese Communist Party, and the agencies that want to steal our intellectual property.” Noting India’s recent ban on TikTok, WeChat and other popular Chinese apps, Navarro suggested that similar action could be taken without mentioning a ban. Secretary of State Mike Pompeo told Fox News in early July that the U.S. is “certainly looking at” restricting TikTok and other Chinese social media apps. Pompeo’s remarks follow months of concern from Republican and Democratic senators who consider TikTok to be a threat to U.S. national security. TikTok seems to be distancing itself from China — in May the company hired an American CEO and in July, it pledged to hire 10,000 U.S. employees during the next three years. Its parent company ByteDance is reportedly considering moving its headquarters out of China or hiring a new management board. About 70% of ByteDance’s equity capital from outside investors has come from the U.S., a source told Reuters.

Watch to see if ByteDance sells TikTok or divests. There is no certainty that ByteDance will agree to any deal, sources told Reuters.

$16.2 billion. That is Yiming’s net worth, based partially on his reported 24% ownership in ByteDance, according to Forbes estimates. ByteDance was valued at as much as $140 billion earlier this year when shareholder Cheetah Mobile sold a small stake in a private deal, one of the sources told Reuters.

TikTok faces another challenge — Facebook-owned Instagram is launching its short-term video functionality Reels in early August. The move is widely viewed as Facebook’s attempt to compete with TikTok and the social media giant is making lucrative offers to TikTok influencers with millions of followers to lure them over to Reels, according to a Wall Street Journal report.

When Sales To Nonprofit Clients Hit A Wall, These Entrepreneurs Turned Their Business Model Upside Down

California Cannabis And Taxes: A Shining City On The Coast