Breaking
Doug Flutie Maximum Football 2020 Review: The Good,...
How To Delegate Effectively
Stock Market: Two New Trends Shaping Next Buying...
European Commission Legislative Package For Cryptoassets Leaves No...
Apple iOS 14.0.1 Release: Should You Upgrade?
Social Media Marketing Consulting
What You Need To Know About Your Startup...
Governor Signs Landmark Student Loan Borrower Protection Bill...
Reddit Co-Founder Alexis Ohanian Plans $150 Million Investment...
This Week In XR: Enterprise Adoption And Financing...
The Disadvantages Of Aging In Place
How Advances In Customer Service Can Take Telehealth...
5 Reasons Why Your Startup Needs To Be...
Beyond-Professional: What Is The New Workplace Normal?
Manufacturing In The U.S. Is On The Cusp...
After 75% Rally, Johnson Controls Stock Looks Fully...
Home Technology A Stalled Storm Will Drench The Carolinas This Week
Technology

A Stalled Storm Will Drench The Carolinas This Week 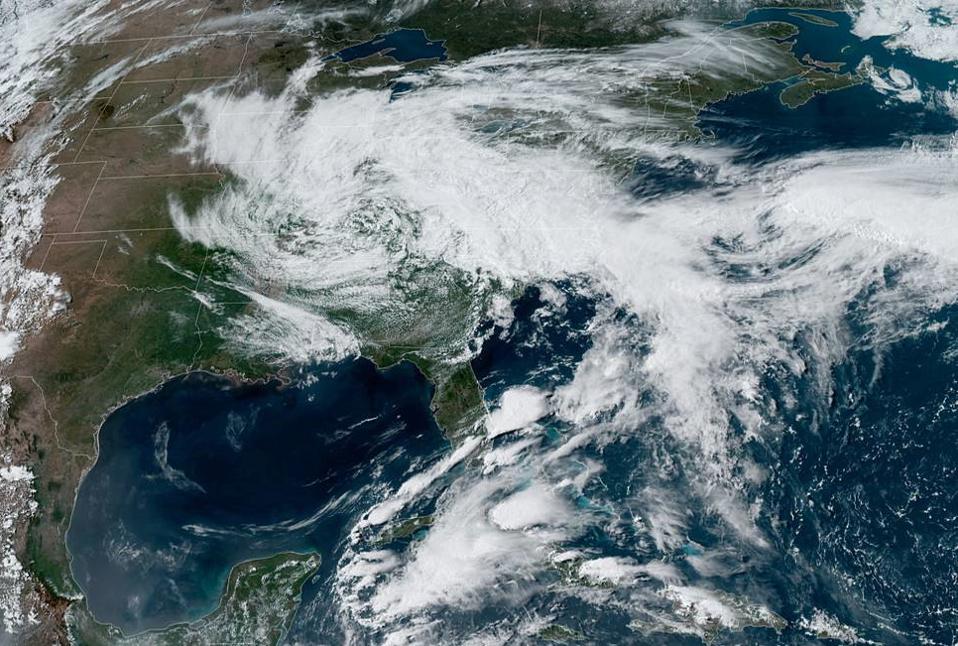 A visible satellite image of the cutoff low over the eastern United States on May 19, 2020.

A long week of soggy weather is on tap for the Carolinas and much of southern Virginia as a stalled upper-level low produces repetitive rounds of drenching rains through Thursday night. Forecasters expect at least half a foot of rain along the ridges of the Appalachians by the end of the event, with the potential for flooding rains stretching into Piedmont region. 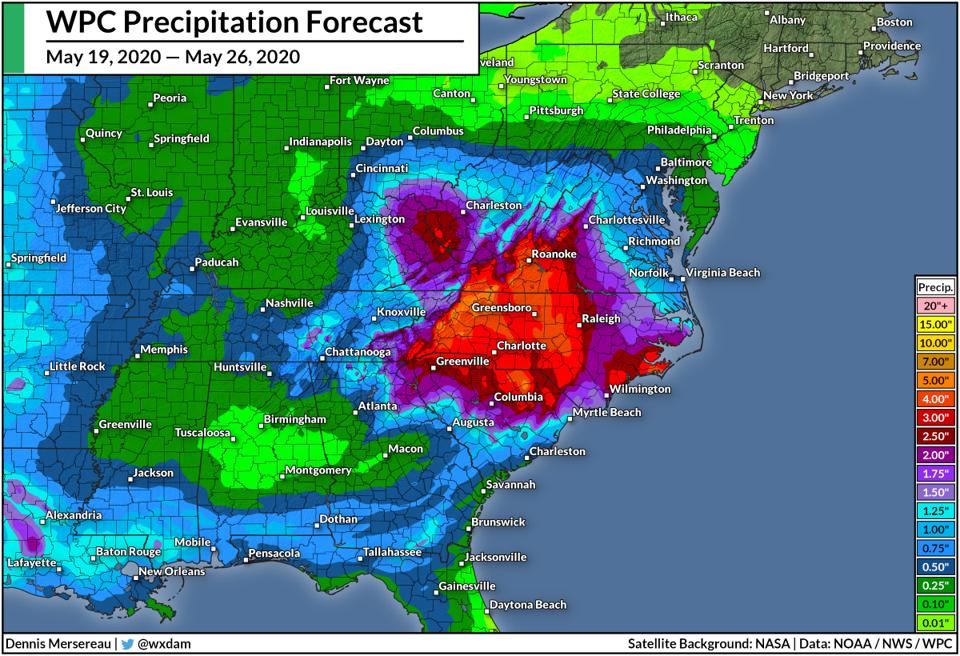 The Weather Prediction Center’s rainfall forecast through May 26, 2020.

A surge of moisture from the southeast and ample lift from the stalled upper-level low will provide plenty of opportunities for batches of heavy rain to develop over the next couple of days. The highest totals are expected in the mountains due to orographic lift, or winds riding up the high terrain and enhancing rainfall rates.

Flash flood watches are in effect across much of the southern Appalachians and the Piedmont in anticipation of heavy rain that could overwhelm local waterways and sewerage systems. The latest forecast from the Weather Prediction Center calls for several inches of rain from southwestern Virginia to upstate South Carolina, with the bulk of the heavy rain focused on North Carolina. The heaviest rain will fall on Wednesday and Thursday, slowly clearing out from west to east on Thursday night.

Some of the highest elevations in western North Carolina could see close to double-digit rainfall totals between the rain that’s already fallen and the rain that’s still to come through Thursday night. Some areas have already seen more than three inches of rain since Monday. 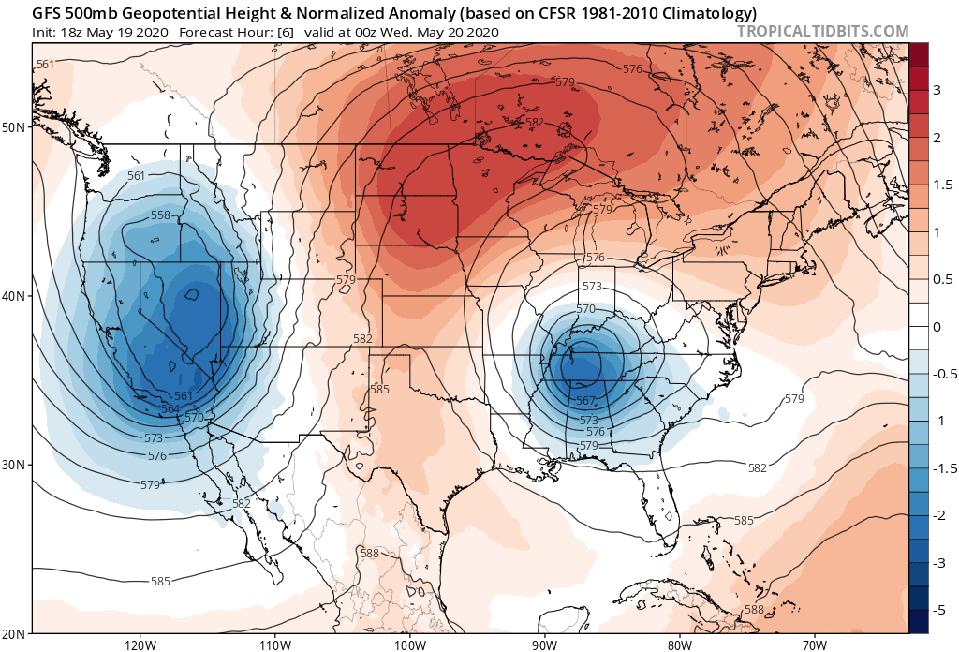 A model image showing the cutoff low over the eastern United States on May 19, 2020.

The recent gloomy weather in the Mid-Atlantic and the southeast is the result of a cutoff low, or an upper-level low that’s separated from the jet stream and remains nearly stationary without anything to nudge it along. This low sank south out of the northern Plains this past weekend, getting cut off from the jet stream by a strong ridge of high pressure that built into central Canada. Cutoff lows typically sit and spin for days at a time until they either dissipate or another trough dips south to scoop them up and carry them downstream.

As If We Needed A Reminder, Don’t Be Like Matt Lauer