Breaking
Time For IMF Climate Coin (1/3)
Why Getting On TV Is Your Best Marketing...
Ask Larry: Can I Take My Social Security’s...
Students Can Get Hulu For Just $1.99 Per...
Documentary Calls Out Stereotypes, Issues Urgent Call-To-Action For...
The Best Preferred Stocks For 2021
China’s Rare Earths ‘Slump’ A Sign Of Domestic...
5 Ways To Promote Team Wellness This Winter
How To Refresh Your Business Ideas In The...
Yelp Is Now Accepting Covid-19 Safety Reviews …And...
What You Should Consider Before Entering An Intrafamily...
The Hidden Drag From The S&P 500 That...
The Flawed Inflation Narrative; And “V” vs. “U”
How, When And Where You Can See A...
Why You Should Stop Using Your Facebook Messenger...
IRS Collections Appears To Be Broken
Home Finance A Tax Season Like None Other
Finance

Of the billions of problems that have been created by our current crisis, somewhere near the bottom of the pile is the one that is bothering me right now. My plan for fulfilling my continuing professional (CPE) education requirement has been totally overturned. An order from Governor Baker may help, but it is not a sure thing. 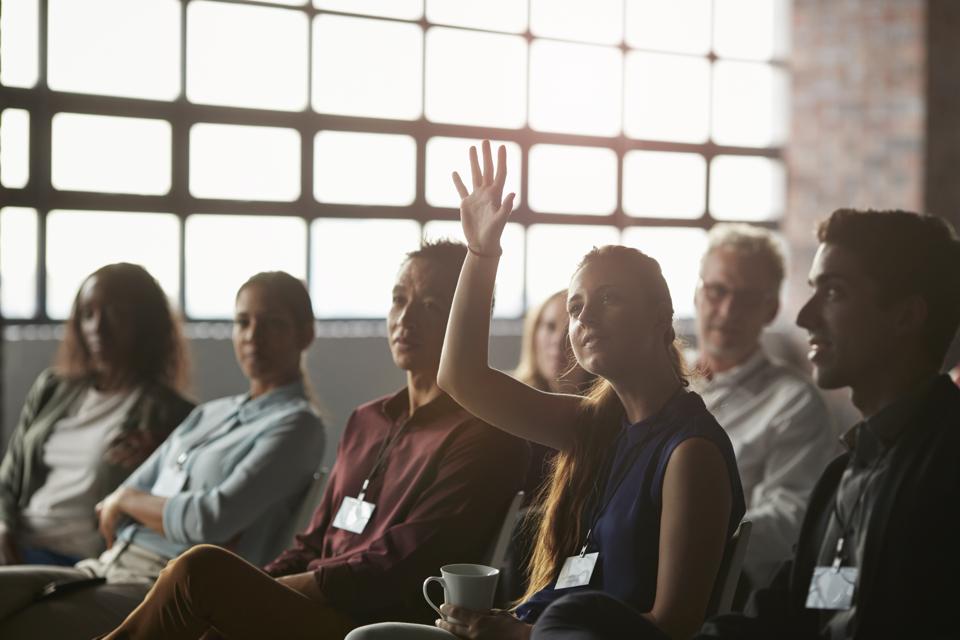 In Massachusetts, CPAs are required to have 80 hours of CPE every two years. Probably roughly half of us come up every year. The cutoff is June 30. That is part of the rhythm to tax pro life that is almost liturgical.

The year begins in late November or early December which is spent doing year-end planning and figuring fourth-quarter estimates. January begins with some meetings discussing current developments and the plan for the current tax season. At Joseph B Cohan Associates, Herb Cohan of blessed memory would read us notes from the NYU tax seminar and finish up telling us that we were the best crew that he ever had.

We would start coming in on Saturdays and there were bagels. Some of us would start smoking again bumming them off the remaining smokers. I’d buy my source a pack every once in a while. And coffee lots of coffee.

If things went well, April 15 was anticlimactic. The last of the returns and extensions were out in the morning and we would sit around playing cards ready to respond to emergencies. Around five or so we would go out drinking. Caffeine, nicotine, and alcohol – the three food groups of a typical eighties tax season.

The second half of April was vacations and the like and billing and raises and layoffs. That left May and June for CPE. I never had to stuff eighty hours into that short a period, but I think some people did.

Sometime in August second tax season would begin running up to October 15. Then another lull with planning for the next season, staffing up with a new year starting in December.

Well, coronavirus has knocked the heck out that routine. April 15th comes in July this year, but people are still going to want to get their refund returns. And there may be quite a bit of other work sorting out whatever changes are buried in the relief package with all this being done remotely. Hard to see when the offices might open up again. At any rate, it seems like an endless tax season. When does the CPE get done?

The obvious answer is that with the pace of actual work slowing somewhat, there will be plenty of time to take care of CPE online in a variety of forms. That is the approach that E. Martin Davidoff, National Managing Partner- Tax Controversy Practice at PraegerMetis is urging on his staff.

His is a different sort of tax practice without the seasonality that those of us focused on compliance face. People call him up when they get notices from the IRS that liens and levies are coming. He senses a slowdown. According to this story by Allyson Vesprille, there are indications IRS is stopping collection action.

At any rate, as Mr. Davidoff’s staff slows down working through the backlog, he expects that they will catch up on their CPE. Mr. Davidoff was at one time a vice president of the New Jersey Society of CPAs and expects the state societies will be looking for relief on CPE deadlines from the boards of accountancy. He thought June might not be that common a cutoff, but told me where I could find the answer for other states.

I reviewed the requirements posted by the National Association of State Boards of Accountancy for all 55 jurisdictions. (Besides the fifty states, you have the District of Columbia, Puerto Rico, Virgin Islands, Guam and CNMI. I have to admit that the last one had me stumped. It is the Commonwealth of The Northern Mariana Islands.)

Most common are December and June, although I did notice October and September. Some states spread it out by having the cutoff tied to your license date or your birthday.

But What If You Prefer A Classroom?

My problems is that I had planned to do my remaining hours, which are pretty substantial in classroom CPE with Lu Gauthier’s Boston Tax Institute, including a course that I was slated to teach on Code Section 183 (Hobby Loss). The Boston Tax Institute May June bubble of available classes is in jeopardy.

I started taking BTI classes in the early eighties. Sometimes I would deviate into online or other events, but I would always make my way back. One thing that I noticed was that there seemed to be more old guys attending as the years went by. Same thing happened at my high school reunions. Never quite figured it out.

Lu Gauthier is an inspiring tax guy. He is a lawyer and a CPA and he reads everything and retains it and can translate it into terms that people who have to relate to clients and actually get returns done can relate to. He has been at it a really long time. One of his jokes is how the Tax Reform Act of 1969 cut the value of his LLM in taxation in half.

He even was working on tax issues when he was a JAG Army officer from 1969-1973. Lu took note of Revenue Ruling 69-301 which held that combat veterans of the Korean War who died in Vietnam were exempt from tax not just for the year of death but for all open years. He devoted much of his spare time to preparing refund claims for widows.

His preference for in-person classes comes from the interactions with his students many of whom are running practices with substantial middle market clients. He was positively giddy about the prospects of doing the classes using Zoom. He had just had his first Zoom experience. I hope it works. I’m still a little disappointed though because I have way too much screen time and I kind of enjoy hanging out with other CPAs every once in a while.

Help Is On The Way – Maybe

As I was working on this piece, I found that there is likely some relief from the CPE problem. Governor Baker has issued an order to the effect that licenses currently in effect will stay in effect during the state of emergency and ninety days thereafter.

As of today that does not change the June 30 deadline. If the state of emergency continues till the end of April, though, we will at least have a CPE deadline that is a couple of weeks after the end of this year’s extended tax season.

Now I can worry about people who have real problems.