Breaking
Can You Settle Your Student Loans Or Negotiate...
How to Use Amazon Attribution For Ad Campaigns
How To Quickly Start And Scale Your Business
Terra Virtua: What NFTs Can Teach Us About...
5 Easy Steps To Prepare Content For E-A-T...
Physical Inactivity Linked To More Severe Covid-19 Infection...
The 2021 Estimated Tax Dilemma: What Tax-Return Pros...
Want To Digitally Transform Your Business? Start With...
How to Optimize Google My Business and Leverage...
Debunking Link Building Myths in 2021
How, When And Where You Can Gaze At...
SBA Opens $16.2 Billion Shuttered Venue Operators Grants...
What are the Essential Features of a Small...
Trends In Executive Recruiting That Will Help You...
The Growing Case For Banning Pesticides Linked To...
The Reopening High – But Long-Term Issues Cloud
Home Business Abbott Labs’ Coronavirus Antibody Test Achieves ‘High Performance’ In Study
BusinessTechnology 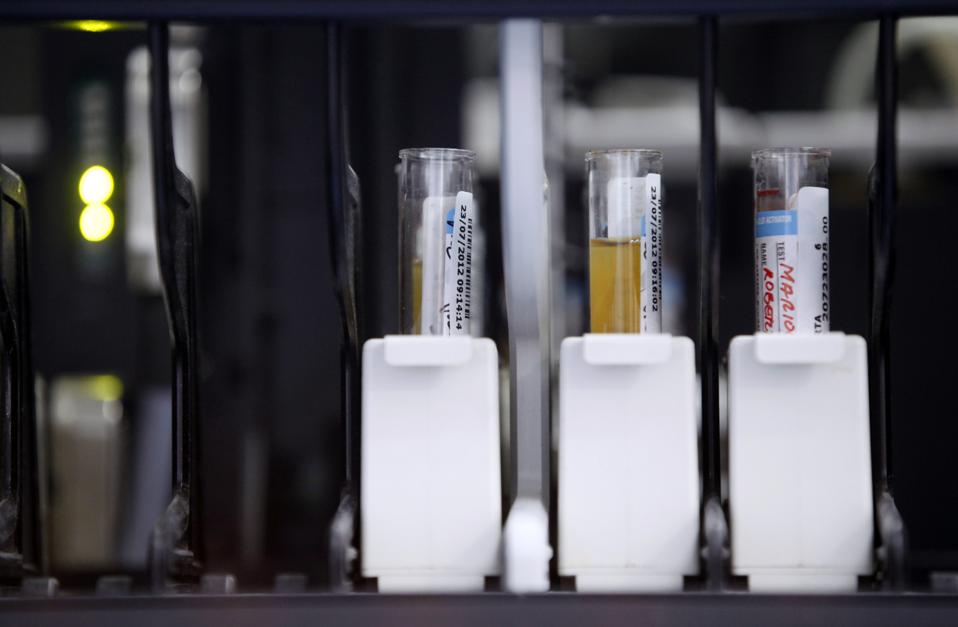 Abbott Laboratories antibody test for the Coronavirus strain COVID-19 “demonstrates excellent analytical performance,” researchers from the University of Washington wrote in the Journal of Clinical Microbiology.

The research comes as diagnostics companies begin to develop and roll out antibody tests for the mass population to know who has the virus so others don’t catch it and spread it in the future. Scientists and companies involved also want to know who has had the disease and whether they have built up immunity.

The independent research, conducted by University of Washington School of Medicine in Seattle found that Abbott’s “SARS-CoV-2 IgG lab-based serology blood test had 99.9% specificity and 100% sensitivity for detecting the IgG antibody in patients 17 days or more after symptoms began,” the company said Friday.

The researchers noted that the data “demonstrate excellent analytical performance of the Abbott SARS-CoV-2 IgG test as well as the limited circulation of the virus in the western United States,” the University of Washington researchers wrote in the journal. “We expect the availability of high-quality serological testing will be a key tool in the fight against SARS-CoV-2.”

Abbott has already shipped out more than 4 million of its lab-based antibody test to U.S. customers and “plans to ramp up to 20 million antibody tests in June and beyond,” the company has said.

“Health systems will play a critical role in large scale testing, and collaboration with leaders such as the University of Washington helps to ensure that our tests are performing at the highest standards when they are used in real-world settings,” Abbott chief executive officer Robert B. Ford said in a statement Friday. “We want to do our part in providing hospitals and reference labs around the world with access to reliable antibody testing.”

The antibody test is different than Abbott’s ID Now COVID-19 test to see if someone has the virus and can deliver positive results in as little as five minutes and negative results in 13 minutes and was hailed as “a game-changer” by leading researchers. ID NOW has made its way onto the White House lawn when a box containing the test was opened by President Trump last month.

The portable ID NOW test is portable and has been used in doctor’s offices, urgent care clinics, emergency rooms and at drive-thru locations in retailer parking lots across the country.

The antibody tests, however are beginning to be conducted in hospitals and reference laboratories.

Abbott’s antibody testing is already being used in states like New York and California which have begun testing thousands of their residents and have been hailed for their efforts to contain and reduce the spread of the virus.

Abbott said University of Washington researchers were “one of the first health systems to receive the test and help validate its performance.”

“The researchers found that when testing on 1,020 patient samples, the test had a specificity of 99.9% (ability to exclude false positives),” the company said. “When running the assay on 689 serum samples from 125 PCR-confirmed COVID-19 cases, they found 100% sensitivity (ability to exclude false negatives) at 17 days or more after symptoms began in this population.”

How To Watch Or Live Stream UFC 249: Henry Cejudo Vs Dominick Cruz