The Corriere dello Sport, Italy’s second-biggest sport daily newspaper by readership, is in the middle of a self-inflicted racism controversy after a recent headline sparked outrage across the soccer world.

The newspaper published a controversial “Black Friday” headline on Thursday’s front page, featuring both Roma’s defender Chris Smalling and Inter’s striker Romelu Lukaku, ahead of the clash between the two teams scheduled for Friday evening.

Roma and AC Milan have issued a joint statement and announced that they have banned Corriere dello Sport from their training facilities for the rest of the year and that players will not carry out media activities with the newspaper during this period.

“We believe that players, clubs, supporters and the media must be united in the fight against racism in football and we all have a responsibility to be very precise in the words we choose and the messages we deliver” read the statement.

Both players featured on the Corriere Dello Sport front page condemned the headline with a message on their social media accounts. 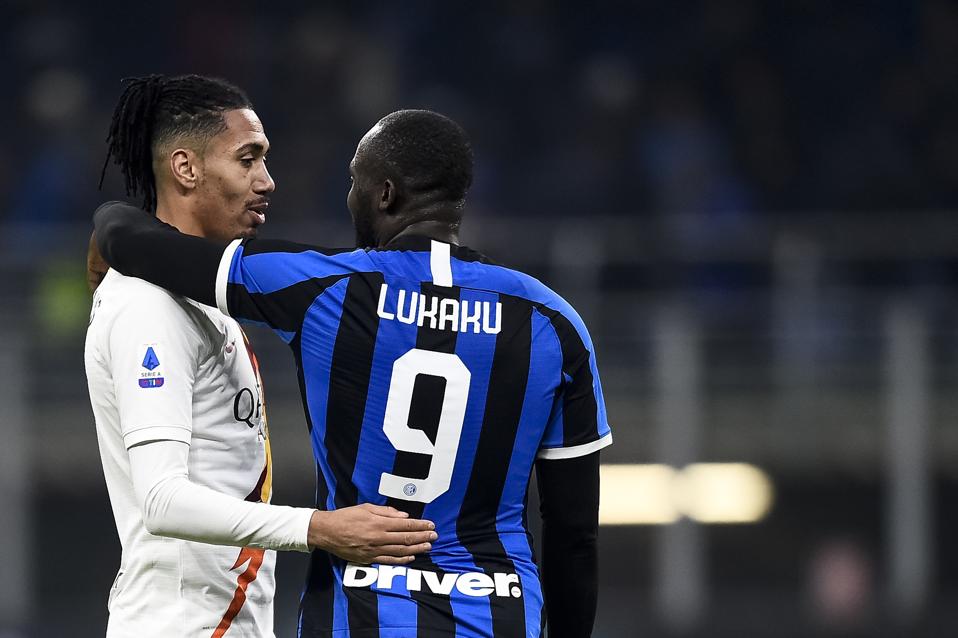 STADIO GIUSEPPE MEAZZA, MILAN, ITALY – 2019/12/06: Chris Smalling (L) of AS Roma hugs Romelu Lukaku … [+] of FC Internazionale at the end of the Serie A football match between FC Internazionale and AS Roma. The match ended in a 0-0 tie. (Photo by Nicolò Campo/LightRocket via Getty Images)

“Whilst I would have liked to spend the day focusing on the big game tomorrow, it is important that I acknowledge that what occurred this morning was wrong and highly insensitive,” said Smalling in a statement on Twitter.

“I hope the editors involved in running this headline take responsibility and understand the power they possess through words, and the impact those words can have” concluded the former Manchester United’s player.

Lukaku also published a statement on Twitter. “Instead of focusing on a battle between two teams Corriere dello Sport comes with the most dumbest of headlines I have ever seen in my career,” he said.

“You guys keep fuelling the negativity and the racism issue […]. Education is key. You guys of Corriere dello Sport should do a better job at that.”

Amid harsh backlash, the Corriere dello Sport not only refused to apologize for the headline but doubled down by suggesting those who saw racist elements in it were “poisoned” by racism.

Defiant editor-in-chief Ivan Zazzaroni went as far as going on the Italian television channel Telelombardia on Thursday evening, assuring he was “happy” they had chosen that headline.

“The other clubs called us to show solidarity. I don’t need to justify myself, as we’ve written so many articles in our paper about the battle against racism”

“We clarified the meaning behind today’s headline, it’s a play on words about the fact these two players are heroes of the anti-racism movement” he explained.

The turmoil comes just days after all Serie A clubs signed a pact to tackle racism, following a season of escalating racism-related incidents that have brought worldwide condemnation.

The most recent came in November, when Brescia’s striker Mario Balotelli called fans who shouted racist abuse at him “small-minded” and “imbeciles.” 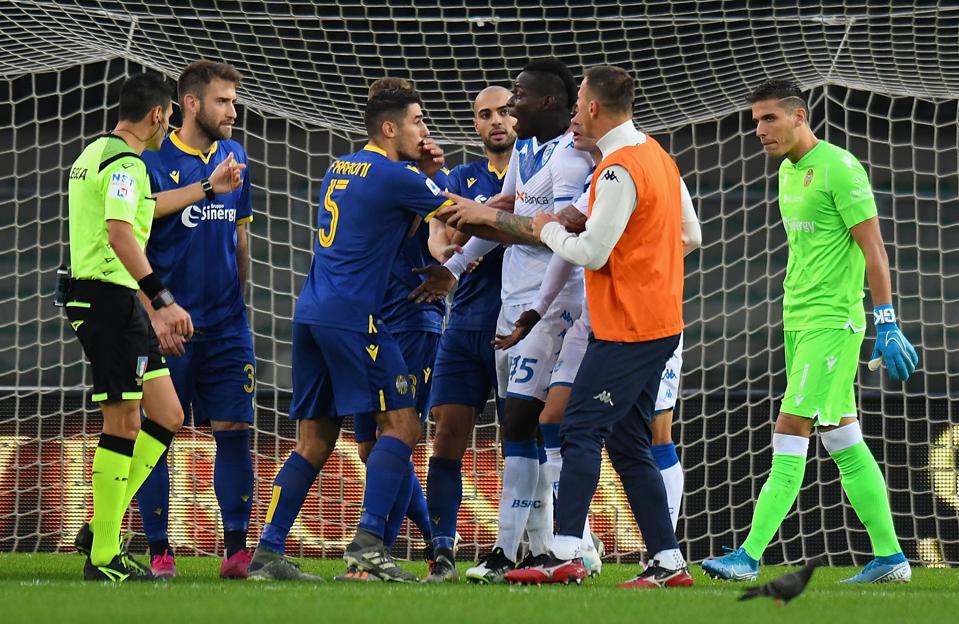 Mario Balotelli #45 of Brescia Calcio reacts to racist chants from Verona fans during the Serie A … [+] match between Hellas Verona and Brescia Calcio at Stadio Marcantonio Bentegodi on November 3, 2019 in Verona, Italy. (Photo by Alessandro Sabattini/Getty Images)

Other players such as Franck Kessie, Dalbert Henrique, and Kalidou Koulibaly were also targeted by racist chants and discriminatory behavior.

Racism in Italy has affected both men and women’s soccer players, on and off the pitch.

England international Eniola Aluko decided in November to leave Juventus Women six months ahead of the termination of her contract, saying she experienced racism in her everyday life in Turin.

“Sometimes Turin feels a couple of decades behind in terms of its general openness to different kinds of people,” she wrote in her column in the Guardian.

“I have not experienced any racism from Juventus fans or within the women’s league, but there is an issue in Italy and in Italian football and it is the response to it that really worries me, from owners and fans in the men’s game who seem to see it as a part of fan culture.”

Her words largely fell on deaf ears—only former Juventus player and Turin-born Claudio Marchisio publicly praised Aluko for her courage in bringing up the issue, writing in his column on the Italian newspaper Corriere di Torino. 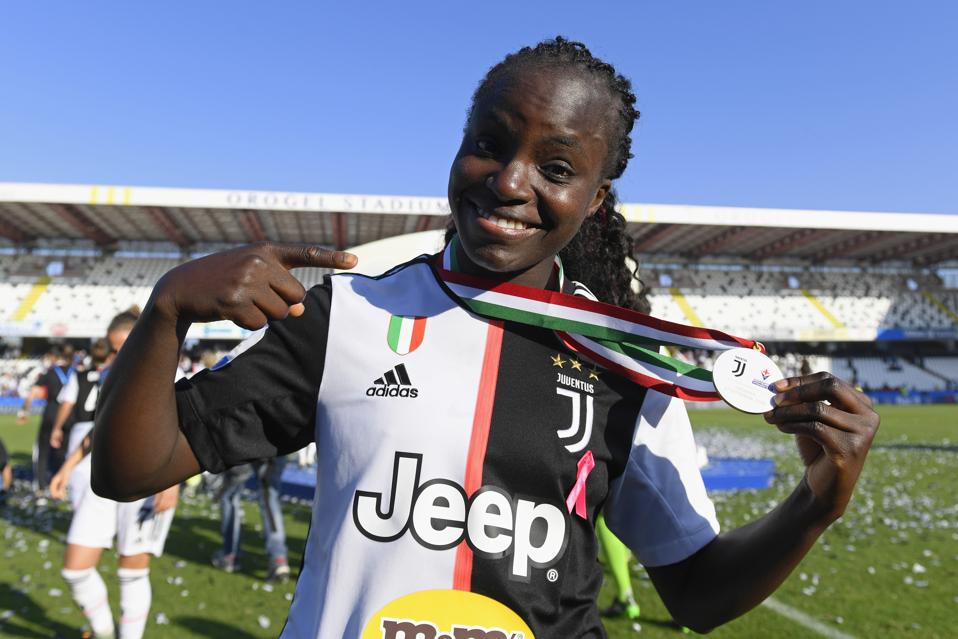 Eniola Aluko celebrates the victory at the end of the Italian Supercup match between Juventus Women … [+] and Fiorentina Women on October 27, 2019 in Cesena, Italy. (Photo by Filippo Alfero – Juventus FC/Juventus FC via Getty Images)

Perhaps the reason racist abuse is so rife in Italian soccer lies with the fact that Italy still has a problem with grasping the notion of racism itself.

For as long as clubs or soccer players are alone in condemning racial abuse and discrimination, we will hardly see any improvement.

The AC Milan and AS Roma ban of the Corriere dello Sport is surely a good starting point but it’s not enough.

Tackling this issue will demand a radical and more coordinated effort by all the actors involved, beyond simply letters and statements of condemnation.

Your New MacBook Pro Is Fighting Another Awkward Problem

Why We Shouldn’t Ban Card-Only Businesses

How We Must Fix The Market To Save...