Breaking
Zooming In – Should SMEs Invest In The...
iOS 14: The Surprising Security Risk Of Sharing...
How A Break From Lord Sugar Changed The...
Sunday’s Google Doodle Is Actually About Google
Office Of The Comptroller Of The Currency Chief...
Source Code For Multiple Windows Operating Systems Publicly...
Why Forgettable Pfizer Really Is A Great Value...
Hot For The Holidays? Amazon Home Drone, Kid...
Best Small Business Loans
The FAAMG Stocks Drive The Markets
Channel Arbitrage And Other Ways Fintech Is Disrupting...
Mall Of America Extends A Hand Of Unity...
Surprise Samsung Galaxy S20 FE Beats Google Pixel...
After Apple And Tesla, Berkshire And Amazon Should...
Is It Wrong To Be Rich In Poor...
‘C&C’ Is 25: How ‘Command & Conquer’ Revolutionized...
Home Technology Aclima Rolls Out Sensor-Equipped Cars To Track Air Quality On A Block By Block Basis
Technology 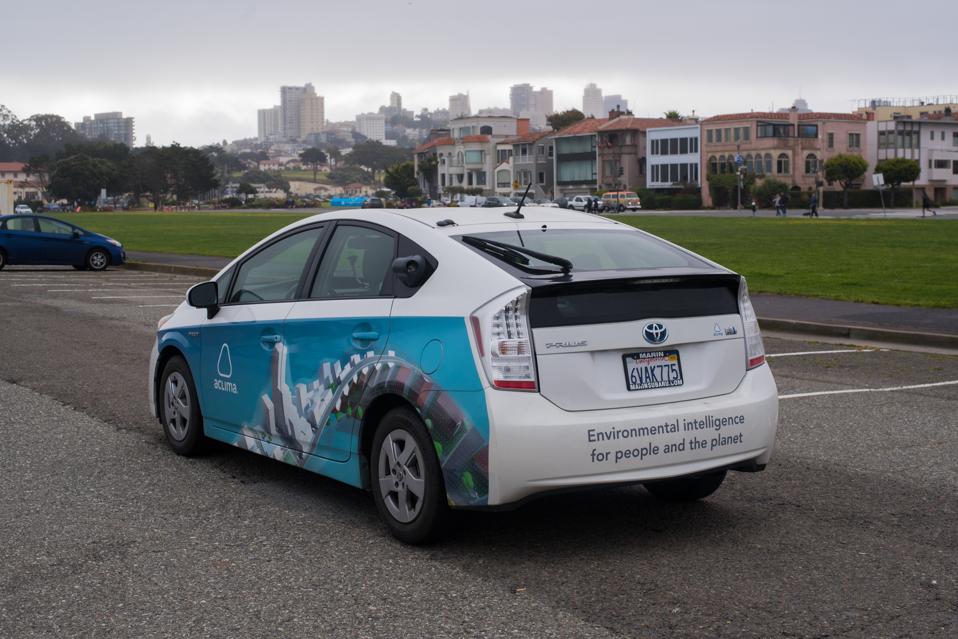 The quality of air where you live can seriously impact your quality of life; persistent air pollution is proven to have major effect on long term health, causing everything from respiratory problems to cancer and heart disease.

However, air quality differs depending on where you live — even in the same city. One city block can present significant differences in air quality vs. an adjacent block. People can check out AirNow, of course, to view air quality for the region, which is pulled from more than 30 air monitoring stations, but their data isn’t granular. Lacking that data, it’s hard for the Bay Area authorities to take action on a micro-level.

Enter Aclima, an environmental sensor network startup, that maps everything from greenhouse gases to street traffic and smog; on a block-by-block basis. Founded in 2010 by Davida Herzl, Aclima’s chief executive officer, and co-founder, the startup recently came out of stealth mode. On January 14, Herzl deployed her Bay Area fleet of sensor-equipped cars into Santa Clara County (Aclima’s also in Mexico and the Philippines).

Aclima’s sensors are installed on the car’s windows, and as they drive, they create baseline air quality maps on a block by block basis. By the time they’re done with the region, they’ll have covered some 5,000 square miles. “We know that there’s a global climate challenge, and we have global scale data; what we’re missing is local data,” Herzl said. “Air quality varies block by block.”

Getting this data allows cities to respond to problems at a micro-level; for example, refusing business licenses to high-emissions companies on a block where the air quality consistently gets poor readouts. People in pollution hotspots could feasibly get more funding to switch to cleaner technologies, and the data will help the districts monitor if companies are breaching their pollution permits.

“This is an incredible step forward for how we measure and improve air quality in the Bay Area,” said Jack Broadbent, CEO of the Bay Area Air Quality Management District, who partnered with Aclima on this rollout. “The air district has one of the most expensive air quality monitoring networks in the nation, but we haven’t been able to drill down to the neighborhood level. This project will help shine a light on the disparity of health impacts faced by many in the region, and it will inform lawmakers to better guide our decision-making process to protect the health of all bay area residents moving forward.” The mapping of hyperlocal air quality in the regions nine counties is expected to take two years.

It’s a global problem. The World Health Organization’s identified air pollution as the biggest health epidemic of our generation, reporting that 92% of the global population breathes unhealthy air. In California, the rise of larger and larger wildfires and the resulting dangerous particulates they create, have made people especially sensitive to environmental changes.

“Technology and science have a really big role to play in addressing the climate crisis,” said Herzl. She’s hopeful that this trial will set a precedent for mapping regional air quality globally. “Data is going to be a really important part of solving the problem.”

Building on this, Herzl said there are long-term plans to integrate real-time wildfire data into their platform in emergency events. “That’s especially useful when there are power outages because our sensors operate independently and off the grid,” she said. “That was a big issue in the Bay Area last [wildfire].”

“This project makes kids feel we’ve invested in them,” said Randy Joseph, an engagement officer at RYSE youth center in Richmond. Richmond’s full of polluting refineries, and has a high population of low-income people of color. People here are 1.5% more likely to die from pollution rated problems than nearby counties, and children here get hospitalized for asthma twice as often as their neighboring communities.

“A lot of people in our community understand stuff isn’t right, but they don’t have the data to back it. With Aclima, we get the data we need to get the changes to get emissions reductions — so the kids can have cleaner air.”

The Childhood Survival Revolution: How James P. Grant Convinced The World To Save Its Children