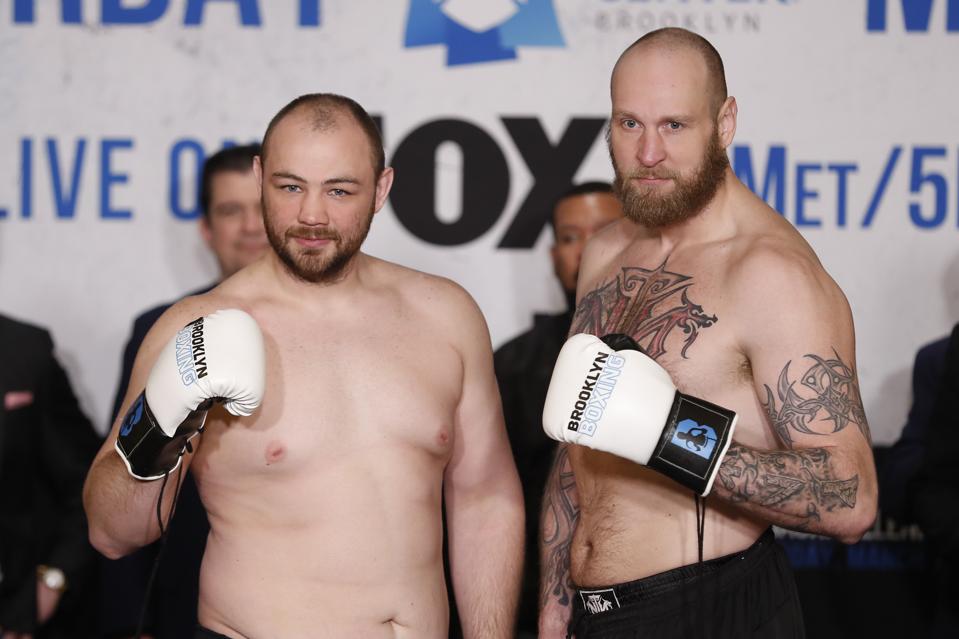 NEW YORK, NEW YORK – MARCH 06: Adam Kownacki, left, and Robert Helenius during a weigh in prior to … [+] their WBA Heavyweight Title Eliminator fight at the Tilary Hotel on March 06, 2020 in the Brooklyn borough of New York City. (Photo by Michael Owens/Getty Images)

Kownacki will be giving up some inches in height, but he is still the sizable favorite to win, per BetOnline.

Kownacki will also be the much heavier man in the ring on Saturday. On Friday, Kownacki weighed in 265.2 pounds while Helenius tipped the scales at 238.8.

The challenger is in great shape, and it makes sense as the 36-year-old might be getting one of his final shots at securing a career-defining victory. At one point, Helenius had the look of a serious championship contender.

However, a KO loss to Johann Duhaupas in 2016, a lopsided unanimous-decision loss to Dillian Whyte in 2017, and a late-KO defeat to Gerald Washington in a close July 2019 clash in Minnesota each curtailed his momentum.

In November 2019, Helenius stopped Mateus Roberto Osorio in the second round of a eight rounder. That win has put him into a position to be the next test for a rising undefeated fighter.

In many ways, this fight could determine if Helenius is relegated to gatekeeper status or seen as someone with the potential to still accomplish big things.

Helenius is trying to derail Kownacki who is 20-0 with 15 KOs. Kownacki stopped Washington in two rounds in January 2019 and he won a war against Chris Arreola in August 2019 to set up the fight with Helenius.

At 30 years old, Kownacki is still a very young heavyweight whose best years might be ahead of him. He’s currently on the outside of the big money in the heavyweight division as Tyson Fury and Deontay Wilder head for a third fight this summer, and Anthony Joshua defends his belts against Kubrat Pulev in June.

The best Kownacki can do is to continue to win so that he can keep himself in a position to meet another prominent heavyweight until his title opportunity is available.

What Kownacki Does Well 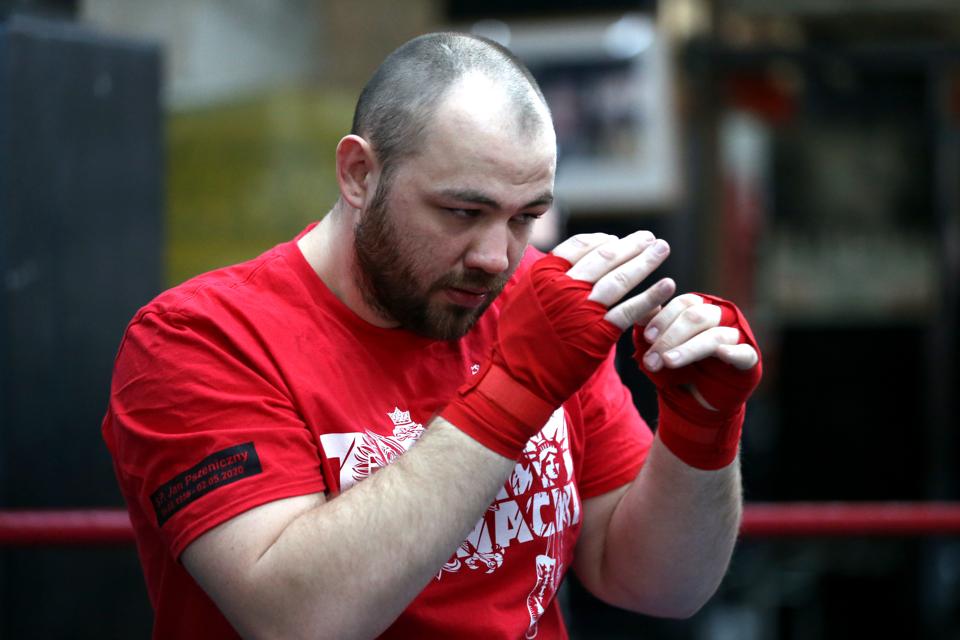 NEW YORK, NEW YORK – MARCH 04: Adam Kownacki during a media workout prior to his WBA Heavyweight … [+] Title Eliminator fight against Robert Helenius at Gleason’s Gym on March 04, 2020 in the Brooklyn borough of New York City. (Photo by Michael Owens/Getty Images)

Besides above-average punching power, Kownacki is one of the busiest heavyweights you’ll find. He and Arreola set a heavyweight record for punches thrown in their bout.

Kownacki applies great pressure that usually makes his opponents wilt. He’s not the sort of one-punch threat that Wilder is, and he’s not nearly as slick as Fury, but Kownacki is a steady and capable fighter whose toughness makes him a threat.

What Helenius Does Well 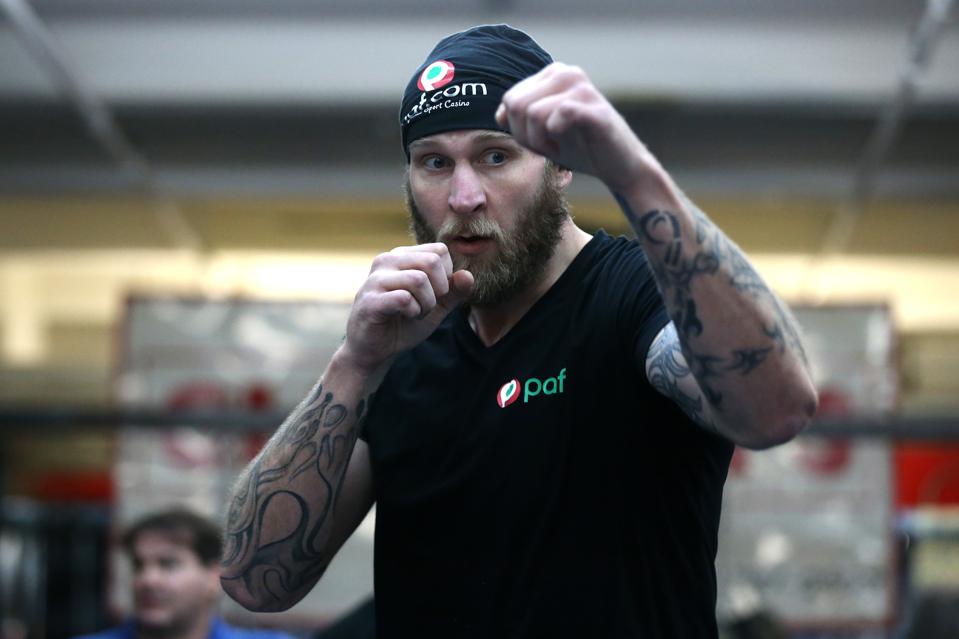 NEW YORK, NEW YORK – MARCH 04: Robert Helenius during a media workout prior to his WBA Heavyweight … [+] Title Eliminator fight against Adam Kownacki at Gleason’s Gym on March 04, 2020 in the Brooklyn borough of New York City. (Photo by Michael Owens/Getty Images)

Length and the right hand are Helenius’ best attributes. He stands tall and gets good usage from his 6’7” frame and 79” reach. When Helenius is using his jab and stepping forward launching 1-2 combinations, he can be imposing.

Helenius’ right hand to the body has crippled many opponents and been at the crux of several of his victories.

Helenius is great when opponents allow him to come forward, but Kownacki isn’t likely to move backward. Kownacki is great at closing distance using subtle head movement to get into punching range.

It’s likely he puts a pace on Helenius that the latter is unable to maintain. Because of this, Kownacki likely gets the victory via unanimous decision or a middle-to-late-round stoppage.