AEW Dynamite Results: News And Notes After Luke Harper Is The Exalted One, Matt Hardy Debuts 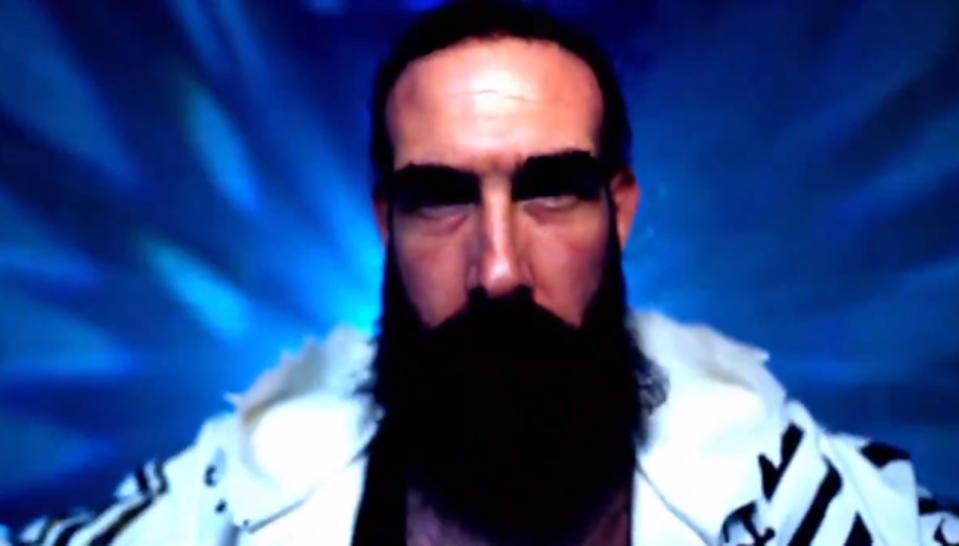 Brodie Lee (Luke Harper) is The Exalted One.

Despite rumors of Matt Hardy being the mysterious frontman of AEW’s Dark Order, Brodie Lee—formerly Luke Harper in WWE—revealed himself to be The Exalted One in an empty arena broadcast of AEW Dynamite, one that was previously scheduled. to be in his hometown of Rochester, N.Y.

Hardy went on to make his debut during an awkward post-match promo from Chris Jericho. Hardy was announced as the fifth man for The Elite in place of Nick Jackson.

In the main event, The Inner Circle defeated The Elite in a six-man tag team main event to give them the man advantage during next week’s AEW Blood and Guts.

Most Views: JAKE ROBERTS REVEALS HIS CLIENT AND THE ELITE STICK TOGETHER (719,492 views)

Less than an hour before this broadcast, WWE made the huge announcement that WrestleMania will move to two nights. I’m sure it was a coincidence.

The Elite was very certain to emphasize the fact that they planned on entertaining us, which is all I ever ask of them on any Wednesday night.

There is plenty of footage out there of Orange Cassidy speaking. I have purposefully avoided all of it. I don’t want to live in the world where Orange Cassidy isn’t too cool to talk. So I muted the broadcast any time they spoke to him.

AEW’s makeshift crowd of essential staff and talent really made a difference in adding energy to this broadcast.

The combination of tag team, six-man and one-on-one matches could keep these six men feuding with each other for months, and rest assured they’d be glorious months.

What is Hikaru Shida doing in a Fatal 4-Way if she’s a No. 1 Contender?

The announcers made a huge deal of Penelope Ford’s victory over Riho, which I actually thought I misheard when Jim Ross confirmed it.

Riho may be in the United States for longer than she expected and if that means she’ll get to wrestle more on AEW, then that is one of the few positives to come out of this damn pandemic.

Hikaru Shida’s boots look eerily similar to the iconic Air Jordan 11’s and I couldn’t take my eyes off them.

Penelope Ford had no business beating Riho if the idea was for her to turn around and lose to Hikaru Shida. I believe this was Ford’s debut in AEW, so why have her lose at all?

Luchasaurus and Jungle Boy def. The Butcher and The Blade

MJF paying The Butcher and The Blade money is all they ever really had to do to make their alliance seem more natural.

Jim Ross praised Jungle Boy’s weight training, a comment which if made by WWE would be designed to point attention to the flaws in somebody’s physique.

MJF was (probably purposefully) standing next to the hot mic and the results were hilarious.

Just before the onset of closed-set shows, Luchasaurus felt like he was right back on his way to super stardom in AEW during the full crowd era.

MJF screamed “Full Death, right now!” Full Death is the name of The Butcher and The Blade’s finisher, something not many people know so I can imagine the confusion when he screamed that.

Brodie Lee (f.k.a. Luke Harper Reveals Himself to be The Exalted One The Dark Order)

The Dark Order is so much more effective in an empty building. It’s actually pretty awesome to watch.

The Exalted One sounded exactly like Matt Hardy. Had me fooled until literally the last second.

Knowing Luke Harper/Brodie Lee is the Exalted One makes me sad he didn’t get to do it in his hometown of Rochester. It would have been the biggest pop of his career, and this is a man who received loud chants of “let’s go Harper!” in the Barclays Center against Cena.

This is going to sound crazy but as great as he is as commentator, Tony Schiavone is the closest thing we have to Gene Okerlund. He’s amazing ringside, funny as hell but serious when he needs to be.

The Inner Circle def. The Elite—Winner gets the Man Advantage in Blood and Guts; Matt Hardy Debuts

Sammy Guevara and MJF singing Jericho’s theme would sell a lot of tickets on a cruise.

If these wrestlers were wise, they’d be giving Cody their executive Vice President a standing ovation.

Chris Jericho suggested The Inner Circle had nothing to do with Nick Jackson’s attack, so there’s another avenue for Matt Hardy to debut if the wily veteran is telling the truth (which he’s not).

Chris Jericho clearly had to stretch during his promo and struggled at times.

An Updated Look At How Various Countries Are Fighting Coronavirus

Building A Great Career And Fulfilling Life Can...

This Taiwan Airline Flew For 62 Years, But...