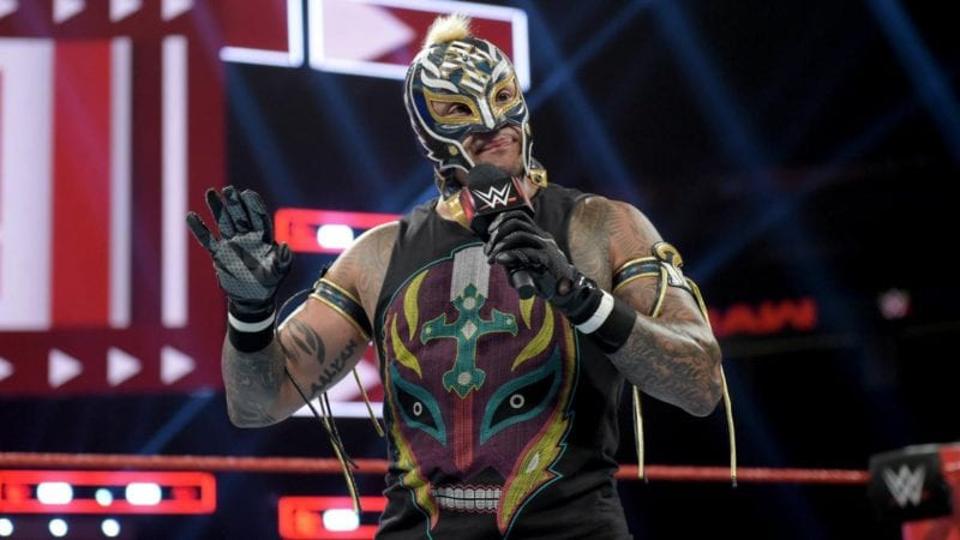 Rey Mysterio will be one of many intriguing free agents in 2020.

With WWE free agents set to grow on trees in 2020, AEW and WarnerMedia have extended AEW Dynamite through 2023 as part of a four-year, $175-million deal that will see the promotion haul in just under $45 million per year.

After launching in 2019, the once-upstart promotion expects to be profitable for 2020 and beyond, an unbelievable accomplishment in an industry that has been mostly subject to a WWE monopoly for more than half the century.

With AEW profitable and here to say, the average WWE is more likely to sign for a number of reasons:

While AEW continues to overachieve with its nine-figure deal, this is just the beginning of a much larger plan, which includes distribution through WarnerMedia networks TNT, TBS, truTV and the HBO Max streaming service, as well as the possibility of increased rights fees come 2024.

AEW had no problem landing big names in free agency amid its 2019 launch, with Chris Jericho, Jon Moxley and Shawn Spears all signing with the promotion, and 2020’s impressive free agent class just became more tenable for AEW, who may or may not be interested in all of them.

WWE has no shortage of disgruntled stars, pending free agents or all of the above. Whether it’s a motivated-yet-underutilized Matt Hardy, a will-they-or-won’t-they Revival, top babyface Rey Mysterio or even the always mercurial Brock Lesnar—whose contract is reportedly up near the summer of 2020—it’s likely that multiple talents currently working for WWE will move to greener pastures.

Two national wrestling promotions airing content on major cable networks will now be the new normal in the industry, presumably for at least the first half of this decade. AEW’s extension is sure to set off a domino effect of defections among WWE. Countless WWE Superstars who have no shot at the top of its exclusive pecking order are now incentivized to sign a more wrestler-friendly deal with AEW, one that may carry far more creative upside.

At worst, AEW’s newfound profitability will continue to raise the average salary for any free agent even remotely considering a move. WWE established something of a five-year, $500,000 baseline, which was offered to stars at the bottom of the card such as Mike Kanellis and reportedly declined by The Revival this past April. WWE has also inked long-term deals—to varying amounts and terms—with Randy Orton, Dana Brooke, Lana, The O.C., Braun Strowman, Elias and Roman Reigns.

As AEW continues to change the landscape of a more competitive industry that will, in turn, produce bigger contracts, 2020 could be the most lucrative year of free-agency in pro wrestling history.

The Next Generation Of Industry 4.0

The COVID-19 Pandemic Exposes The Harm Of Denying...

The Next Steps To Save Small Business