Home Finance After $0 Brokerage Fees, Which Other Financial Products And Services Will See Costs Drop?
Finance

After $0 Brokerage Fees, Which Other Financial Products And Services Will See Costs Drop?

By Grant Easterbrook, Next Avenue Contributor 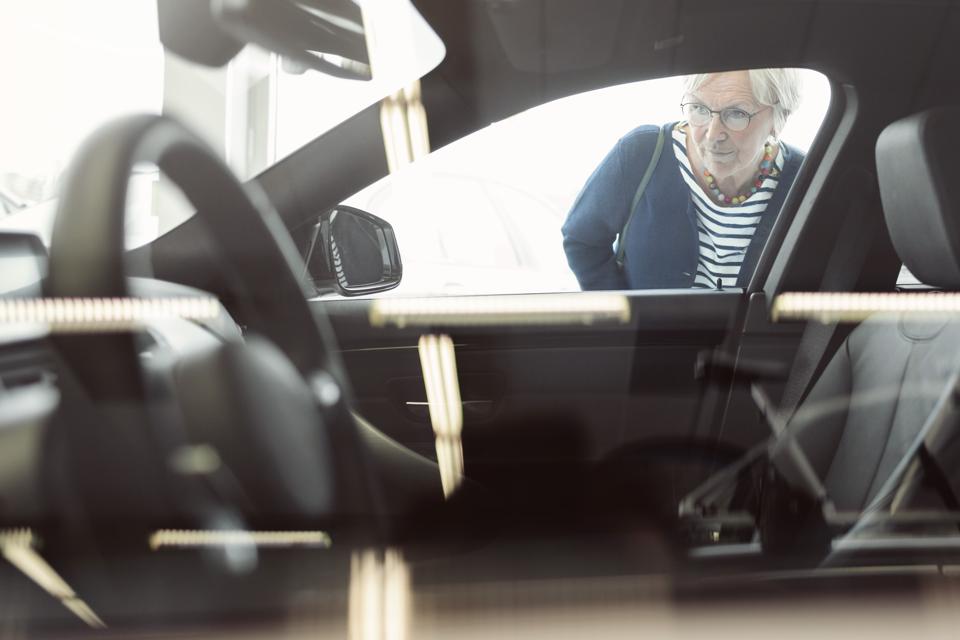 Recently, Charles Schwab, TD Ameritrade and E*Trade eliminated trading commissions on stocks and Exchange Traded Funds. Can you expect to see $0 fees and commissions coming soon for other financial products and services?

Below is a look into the crystal ball for such prospects when you go to a car dealer, use a real estate or insurance agent or hire an accountant to prepare your taxes. Each of these services can either be provided through online processes at a lower cost than the “human” method or has unsustainably high profit margins that haven’t caught up with the underlying tech-enabled costs.

Buying and Financing a Car

Traditionally, purchasing an automobile has involved going to a dealer, negotiating with a salesperson and navigating complex financing terms. But online car research and sales platforms like Autotrader, Cars.com, Carvana and Vroom have increased price transparency and simplified the financing process.

Given this trend and the fact that car salespeople typically earn about 25% of net profits on a car sale, little wonder that car shoppers only spent 12% of their time online browsing traditional dealers’ sites, according to a 2018 Cox Automotive survey. Americans are finding lower prices online and online retailers have already started to lower costs for car buyers, a trend that will accelerate in the 2020s.

And these dynamics don’t even scratch the surface of the potential for on-demand self-driving cars that may lead some Americans to forego ownership in favor of using an app to call a car when needed. Even if self-driving cars arrive later than expected, the 2020s could well see Americans pay less for cars.

For example, real estate commissions in the United Kingdom are typically between 1% and 2%. If commissions here dropped to UK levels, Americans would save about $8,000 in fees on the average $200,000 home.

Why have American broker fees remained so high, even with the rise of online real estate platforms like Redfin and Zillow?

The answer is that homes are still primarily listed through the industry’s Multiple Listing Service (MLS). And that structure helps maintain high commission fees for real estate agents on both sides of the transaction. The MLS structure, however, is currently under investigation by the U.S. Department of Justice. And some of the largest national real estate firms are facing lawsuits over MLS and agent fees.

Also, according to a New York Times article by economist Justin Wolfers, rebates on real estate commissions are legal (if rare) in 40 states, lowering what some home buyers pay.

So, U.S. residential real estate commissions may well fall this decade. That would accompany a loss of many real estate broker jobs along with an acceleration of online real estate platforms’ ability to replace human agents. How soon this happens will depend on the outcome of these lawsuits and the government investigation.

For Americans with simple taxes — such as a salary, a home, a savings account and a 401(k) — online tax software is increasingly sophisticated and lets consumers do it themselves. Online tax prep software is usually less expensive than hiring a human and often costs less than $100, putting downward pressure on accountants’ fees.

The continued rise of artificial intelligence (AI) and chatbots over the next decade could also make do-it-yourself tax software even more powerful, lowering what accountants charge in order to compete.

How fast AI will disrupt accounting is a matter of dispute. In 2017, the CEO of the American Institute of Certified Public Accountants predicted that technology could remove one million accounting jobs. But the U.S. Department of Labor projects that employment of accountants and auditors will grow 6% from 2018 to 2028.

So, while the outlook for the accounting industry can’t be projected with certainty, many middle-class taxpayers will likely benefit from improving technology and lower fees.

Conventional wisdom is that insurance is sold, not bought, since Americans typically buy policies through brokers. And those brokers are paid commissions, increasing the overall cost of insurance. Will the next decade see the broker-focused distribution model change?

Large firms — from retailers like Walmart to tech giants like Apple and Google — are already branching into financial services. For example, Walmart has a dedicated Money Center; Apple has the Apple Wallet and an Apple-branded credit card; Amazon is launching a credit card for the underbanked and Google is developing a new checking account. The 2020s could see these large firms expand their growing financial services product portfolio into insurance, which could lead to lower fees and commissions.

In addition, new tech companies (dubbed “insurtechs”) are selling insurance policies directly to consumers. They’re focused on selling through websites and mobile apps, rather than a large human salesforce in local branches around the country. And insurtechs generally charge consumers lower premiums.

For example, the average renter’s insurance policy costs about $17 a month, while the Lemonde insurtech company charges $5 to $6 a month. This is a potential savings of $125 to $137 a year. Likewise, a company called MetroMile claims it can save a consumer who drives about 10,000 miles a year $541 in annual car insurance premiums.

There’s no guarantee these newcomers to insurance will succeed, of course. Google shut down its auto insurance comparison tool in 2016, for example. But if new direct-to-consumer models are successful, this could turn some of today’s large insurance firms into manufacturers of insurance products, where other brands control the customer relationship.

Even with all these disruptive trends, it’s possible that burdensome regulations and the advantages conferred by an existing national sales infrastructure could drive the timeline for lower fees well into the 2030s.

But one thing is nearly certain: consumer financial services will look very different by January 1, 2030.

Governments And Employers Need To Get Real About Longevity

How Working Remote And Protecting Encryption Is Natural...