Breaking
Poland’s Prime Minister Supports Abortion Ruling, Calls For...
Is A Major IRS Crackdown On Partnerships Looming?
Why You Shouldn’t Worry About PPP Loan Forgiveness...
Don’t Get Out: How To Groom The Next...
The ‘OREOA’ Method: How To Turn An Unhappy...
Protecting Students From Financial Aid Fraud Should Be...
The Top 10 Communication Lessons An Entrepreneur Can...
Women Make Strides In Business Ownership—And Find New...
How To Scale Your Business In Tough Times
New U.S.-Greek Science Technology Agreement Sets Framework For...
Tuesday’s Google Celebrates Stamen Grigorov, Who Discovered The...
How To Have Conversations That Change The World:...
DOL Claimed Need To Keep H-1B Visa Rule...
Zoom Enters Perilous New Growth Phase
Amy Coney Barrett Can Kill Obamacare But Here’s...
Apple’s iPhone SE Beats iPhone 12 Mini With...
Home General After 75% Rally, Johnson Controls Stock Looks Fully Valued
General 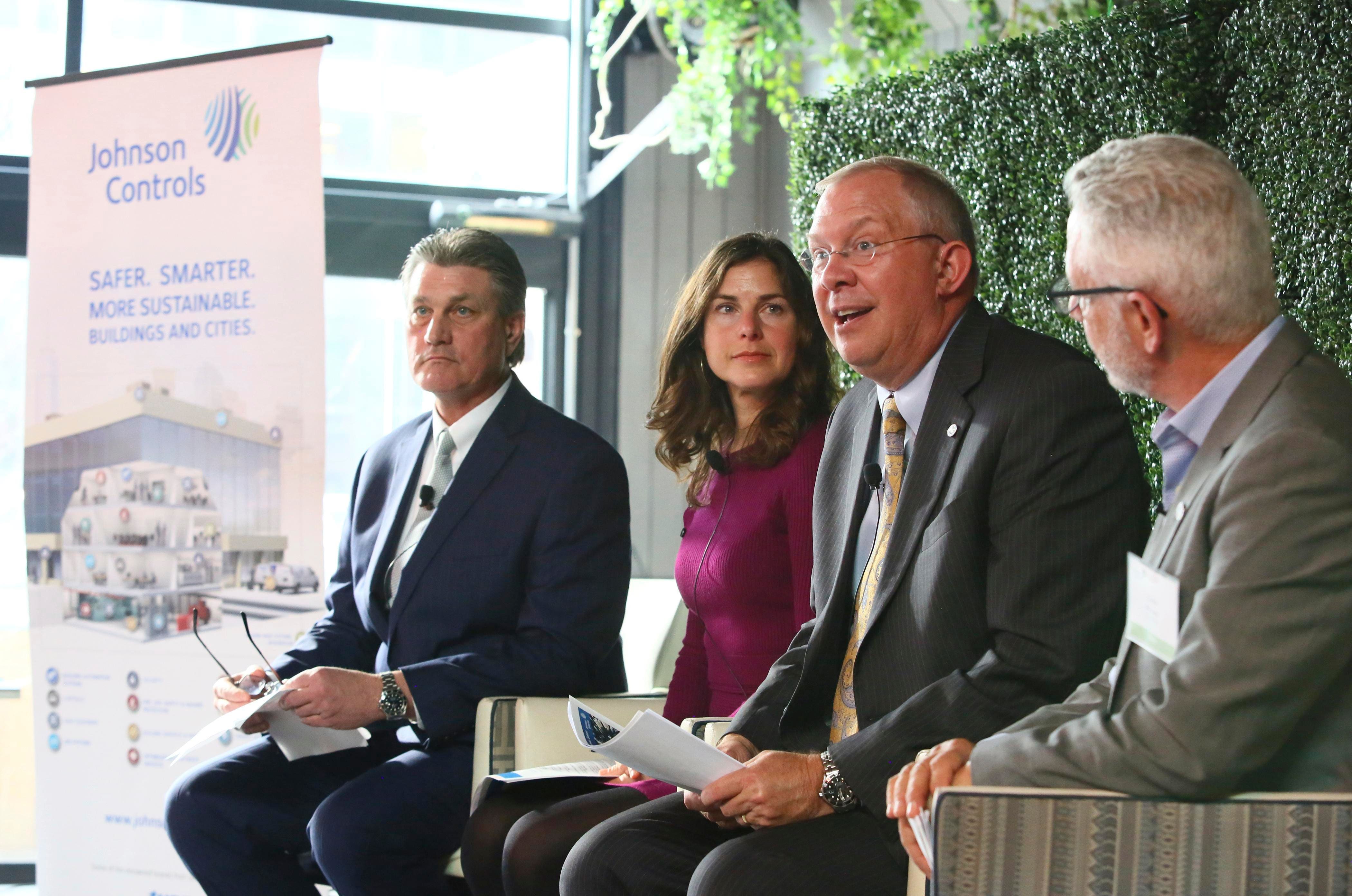 We believe there may be better places for your money than Johnson Controls stock at the present time. JCI trades at $41 currently and it has gained 3% in value so far this year. It traded at a pre-Covid high of $41 in February, and it is at the same level now. Also, JCI stock has gained 77% from the low of $23 seen in March 2020, as the Fed stimulus largely put investor concerns about the near-term survival of companies to rest. With the economy barely limping back to normalcy following Covid-19 related shutdowns, and unemployment at multi-decade highs in the U.S., the real estate sector has also taken a hit. The project timelines and cash flows for real estate developers are affected due to the halt in certain construction activities, impacting Johnson Control’s business. While the situation is changing on the ground with the gradual opening up of economies, in view of the strong rally in JCI stock since late March, we believe that the stock has little room for growth in the near future. Our conclusion is based on our detailed analysis of Johnson Controls stock performance during the current crisis with that during the 2008 recession in an interactive dashboard analysis.

In contrast, here’s how Johnson Controls and the broader market performed during the 2007/2008 crisis.

Does Johnson Controls Have A Sufficient Cash Cushion To Meet Its Obligations Through The Coronavirus Crisis?

Johnson Controls’ total debt decreased from $12.1 billion in 2016 to $8.0 at the end of Q3 fiscal 2020, while its total cash increased from $0.6 billion to $2.3 billion over the same period. The company also generated $1.5 billion in cash from its operations in the first nine months of fiscal 2020, and it appears to be in a good position to weather the crisis.

Going by the historical performance and after the recent rally, we believe that the JCI stock has little room for growth in the near future.

What if you’re looking for a more balanced portfolio instead? Here’s a high quality portfolio to beat the market, with over 100% return since 2016, versus 55% for the S&P 500. Comprised of companies with strong revenue growth, healthy profits, lots of cash, and low risk, it has outperformed the broader market year after year, consistently.

Manufacturing In The U.S. Is On The Cusp Of Massive Change—Here’s How To Keep Up