Breaking
What do we mean by a ‘regulated’ online...
Why Communication Is So Powerful In The Age...
OpenSooq, The Best Website to Buy Used Cars...
Hot Tips to Reduce MacBook Pro Fan Noise
How to Make the Most Out of Your...
7 Examples Of Using AI For SEO
How to Launch a New Restaurant Business
Start the Year Debt Free
How to clear a browser cache on a...
Which are the best software providers of slots...
How Investing Can Help You Save For Retirement
Key Software Tests to Conduct Before Product Launch
Why so many people play slots online in...
Why businesses should prioritise Cyber Security
What You And Your RTO Business Need To...
4 SEO Trends for Websites You Should Not...
Home General After 98% IPO Pop, 3 Risks To Buying Affirm Stock
General 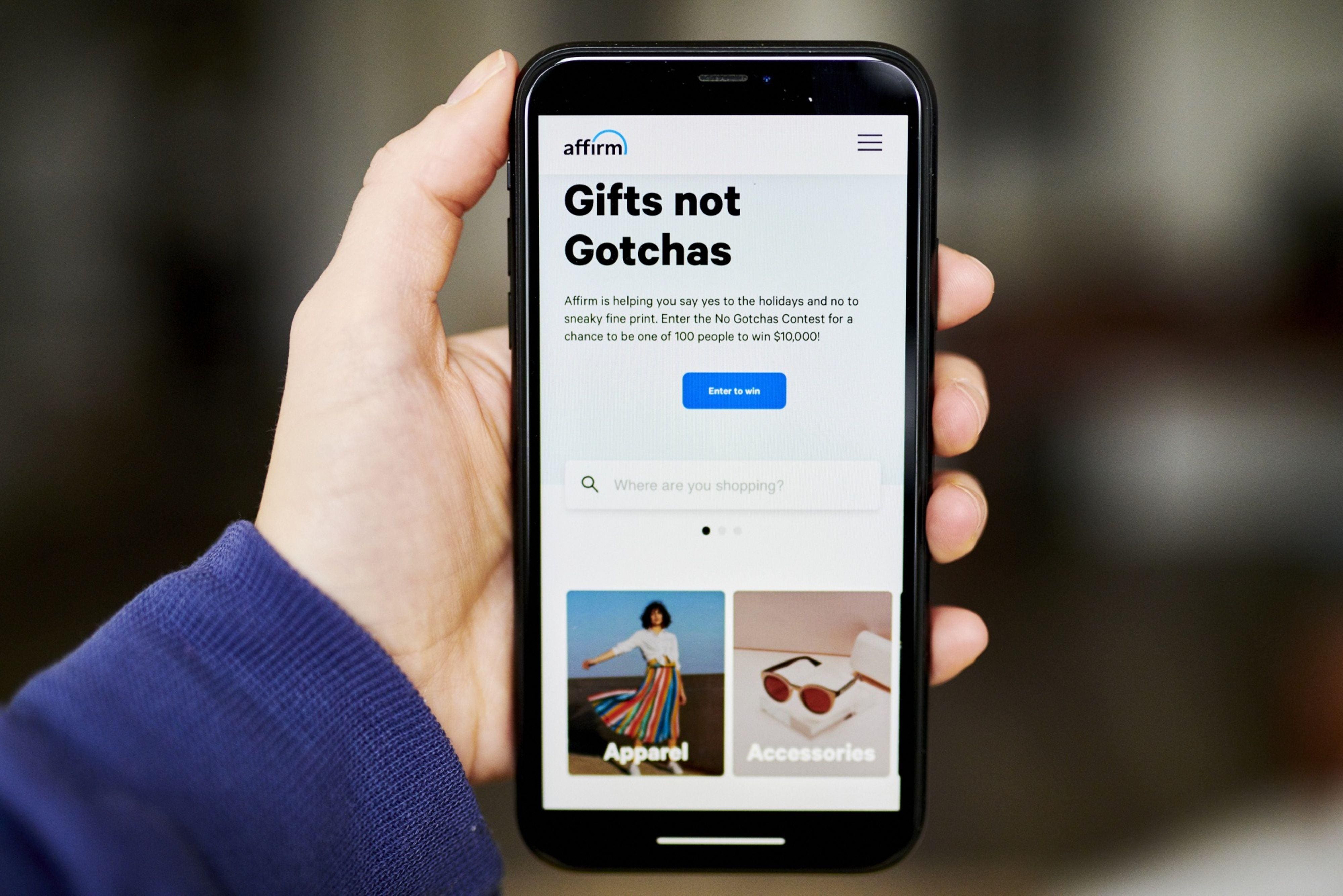 Serial Entrepreneur, Max Levchin’s latest triumph is the IPO of San Francisco-based installment lender, Affirm. Affirm’s stock opened January 13 trade at $49 and enjoyed a 98% pop to end the day with a market value of $23.6 billion, according to Forbes.

Cofounder and CEO Levchin’s 11% Affirm stake is valued at $2.7 billion. Does Affirm’s value reflect most of the upside to Affirm stock or is now a great time to buy? Despite Levchin’s track record, I see three reasons for caution:

Levchin — a PayPal cofounder — started Affirm in 2013 and it has enjoyed very rapid revenue growth. As CNBC reported, Affirm’s revenue for the fiscal year ending June 30, 2020 popped 93% to about $510 million and in the quarter ending September 30, revenue was up 98% while its net loss fell about in half to $15.3 million.

Affirm takes a piece of consumer purchases that it enables for its merchant partners — which include 6,500 retailers such as Peloton (30% of revenues), Wayfair W , Walmart and Warby Parker. Affirm also earns interest income on “loans it buys from bank partners and some consumer loans. The rate it charges varies by consumers’ creditworthiness, but often starts at 0%,” noted CNBC.

Levchin has led a remarkable life. As I learned in a September 2012 interview a few months after he took Yelp public, Levchin left Kiev in 1991 for the U.S. (had an an uncle in the Chicago area) with hopes of to attend what he thought was the greatest technology school in the country — MTI [he told me that he was thinking of what he now knows is MIT — but at the time he got the order of the letters wrong].

As a result, he did not apply to MIT but was persuaded to apply to he was persuaded to apply to “a nearby top-notch school,” the University of Illinois — Urbana-Champaign where he earned his degree in computer science. From there, he went to Palo Alto where he spent “four years — with a mattress down on the floor in the crappy apartment” of a close friend from college, Scott Banister.

While he told me that he started “a large number of the companies [that] failed,” one that worked out was Confinity which built software for an online payments service that ultimately became eBay’s EBAY primary payment mechanism. Elon Musk was running another online payment company, X.com. The two merged to form PayPal and they sold it to eBay for $1.5 billion in 2002.

After that, Levchin started the social application company Slide which Google GOOG acquired in 2010 for $182 million, according to CNBC.

In the summer of 2004, two engineers — including former PayPal VP of Engineering, Jeremy Stoppelman — told Max that they wanted to build what is now Yelp. Max wrote them a $1 million check “on the spot” on his 29th birthday.

Affirm competes in the Buy now, pay later (BNPL) industry which is expected to grow fast. According to Crunchbase News, the pandemic has propelled demand which is expected to increase demand for rivals such as Afterpay, Affirm, Klarna and PayPal by 10 to 15-fold by 2025 to between $650 billion and $1 trillion in transactions.

That size and growth has attracted a significant amount of venture capital backing many rivals. Crunchbase reported that 25 players have raised $1.7 billion since 2016 — with Affirm getting the lion’s share ($1.5 billion).

Competition in the BNPL industry is based in part on how quickly a consumer can get a loan. Kamran Ansari, a venture partner at Greycroft, told Crunchbase that Affirm and Bread created a newer version of digital installment programs for e-commerce conducted “in real time” while offering lower than credit card interest rates. Later, said Ansari, rivals Afterpay and Sezzle introduced benefits “such as paying in four installments.”

Of course, Affirm faces competition from more traditional rivals. According to its prospectus, these include “legacy payment methods, such as credit and debit cards” offered by card issuing banks such as Synchrony, J.P. Morgan Chase, Citibank, Bank of America, Capital One COF , and American Express AXP . Affirm also competes with “technology solutions provided by payment companies such as Visa V and MasterCard MA and mobile wallets such as PayPal.”

One positive aspect of the BNPL industry is that players enjoy two sources of revenue. First, the merchant pays the BNPL service provider 2% to 3% of the price of the item purchased. Then, the consumer pays interest on the loan. Affirm and its rivals replace paper letters mailed to borrowers with a “seamless, digital” approach that is much faster and more efficient. Moreover, the merchant handles most of the consumer marketing.

There are many risks in this business model. All these rivals could start competing by lowering the fees they charge merchants. Merchants may decide it is more profitable to offer their own installment loan services.

Finally, more consumers will default on their installment loans if they lose their jobs — Affirm’s allowance for credit losses increased 40% to $82.6 million from the year before in June 2020 — no doubt they would put a higher priority on buying food and shelter than paying off their Peloton.

The BNPL industry has enjoyed phenomenal growth. However, will that growth rate remain high? Two Affirm merchant partners: Peloton and Wayfair — appear poised to post slower revenue growth for the fourth quarter of 2020.

Peloton — which trades 10% below its all-time high in August 2020 — has grown very quickly but expects a significant slowdown. In its September-ending quarter, Peloton reported 232% revenue growth of $758 million. However, it forecast 114% growth to $1 billion for the December 2020-ending quarter, according to its November earnings conference call transcript.

Wayfair — whose stock is down 30% from its July 2020 high — enjoyed 67% revenue growth in the third quarter but in early November reported slowing growth of “roughly 50% year-over-year,” according to its third quarter earnings call transcript.

It’s a bit difficult to tell because those two are privately held. Ideally, I would want to compare the companies on the basis of revenue growth, and market valuation to revenues, earnings and cash flow.

On the basis of company value per user, Affirm looks super expensive. How so? Forbes reported that five-year old Afterpay is valued at $24 billion and has 13 million registered users — that’s $1,846 per user. 15 year old Klarna’s users are worth about half that at $972 — ($10.7 billion valuation and 11 million U.S. users.)

If Affirm can forecast even faster growth when at its first quarterly report, I expect its stock to rise. But its high valuation does not leave much room for error.