Breaking
Think Small: Timely Picks To Capture The Reawakening...
Patient Gets Covid-19 Swab Lodged In Her Lung...
Nine Signs You’re Not Being Effective During Your...
Chromebooks Can Now Run Windows 10 – Find...
Will Biden’s Tax/Benefit Plans Help/Hurt You And The...
This Fashion Brand Turned A Stripe Into A...
Shots In The Dark: Why Access To A...
What Building Wealth Really Takes In Business
Building A Circular Economy In New York City...
How To Cast Your Vote Against Election Scams
New Science On Stress: Feeling Your Feelings Works...
Why Now Is The Right Time To Acquire...
7 Obstacles That Prevent People From Starting Businesses...
Booking Holdings Falls; Likely To Remain A Risky...
Apple iPhone Crushes Samsung Galaxy In Important New...
Shape And Hold: How A British Entrepreneur Took...
Home Business After A Big 2010s, Where Are The Customers’ Lexuses?
Business

After A Big 2010s, Where Are The Customers’ Lexuses?

Stocks did great over the departed decade of the 2010s, following up on a decline in the 2000s. It was uncannily like the 1980s and the 1970s. Divide the indexes by 10, and the results were quite identical. 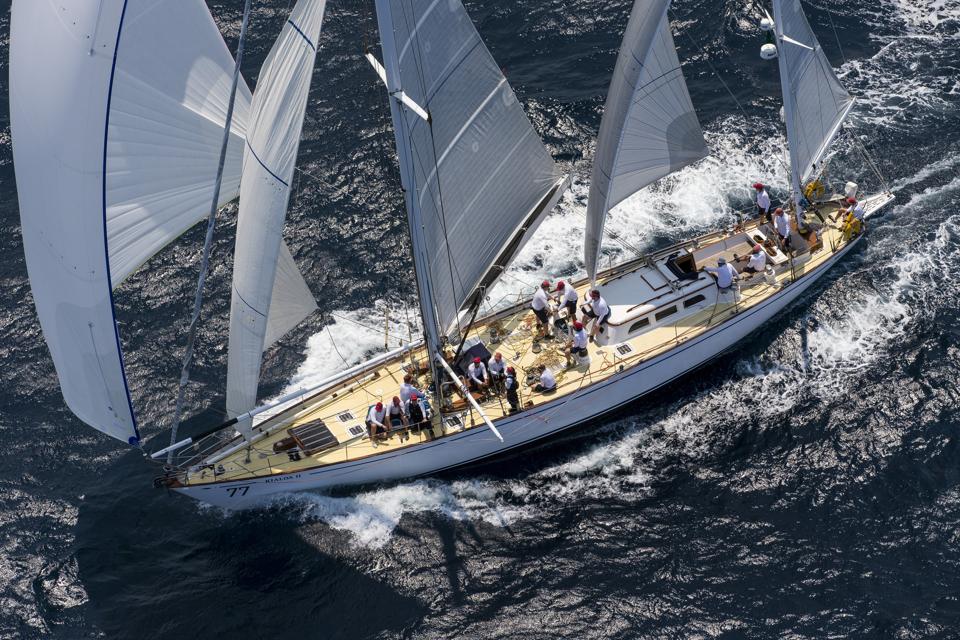 I want to be a yachtsman. (Photo by Andrea Francolini/Alea/Getty Images)

Silly, that’s where the middle class socks away its savings. But why there again? So we become an ownership society or something? No, so you break even. If you save money conventionally, you get less than nothing—interest is zip these days, and therefore negative against dollar depreciation. If you have stocks, you made 5.3% per year peak-to-peak in the 20 years since 1999 (based on the Dow). 5.3% per year for 20 years on 10,000 yields 28,000. ­

Investment fees will average about 1.3%, inflation another 2%, and taxes up to another 2%. There’s the 5.3%. The whole thing expresses the burden of overcoming monetary and fiscal policy. Given that we lack a classical currency regime, we have to hedge the dollar—the 2% inflation premium. Given that we have big government, we have to pay the piper—the 2% in taxes. And to make that 4% to overcome the currency non-regime and the fiscal state, we pay advisors 1.3%.

By piling money into the market, into 401(k)’s etc., with the assistance of the army of advisers populating this fair land in every corner of it, the great American middle class broke even this millennium. And when the money went into a college savings plan, it too went nowhere. While free from taxes, this money so dedicated made the colleges jack up their prices.

Readers of that cultural totem of the 1990s and 2000s, Rich Dad, Poor Dad, will recognize all this. Counsels the book, if you put money in stocks, you are saving money. 401(k)’s are a savings plan. You are an investor if and only if you are closely involved in running an operation based on your capital.

There must be some mild hit that economic growth is taking in this country, owing to the misplaced sense on the part of our hundreds of millions of middle classites that they are investors. The misapprehension that putting money in the market makes one an investor satiates some modicum of persons, surely, who otherwise would have the ambition to be entrepreneurs.

And how about all those advisers. Finance now gobbles up 12% of GDP—up from 3% in 1970, back when we had a gold standard and saving money (as one stayed more than whole in doing so) was easy, routine. Put it in the bank or bonds or even a safe box and watch your real resources grow.

Let’s say 5% of this 12% represents the many ministers to the middle class’s savings plans, the 401(k)’s etc. We kill $1 trillion a year so we can save money. This army group of financial planners, retirement specialists, and financial-industry factotums is everywhere, too, every small town, storefront mall, shopping district, downtown, edge city, coverage that would shame a cell-phone plan or a Curves or Subway. And they have to be fairly well compensated (the 1.3% in fees) to have the look, at least, of affluence. Lexuses at the minimum. A financial adviser driving a beater? Unthinkable.

In the old days, say that of Fred Schwed’s 1940 classic Where Are the Customers’ Yachts?, or Somerset Maugham’s Razor’s Edge, it was understood that families herded their dimmer bulbs into the brokerage industry. We’ll set you up with the aunts and uncles’ accounts, and you can collect a sliver of the fees. Those with more of a head for things would not be a broker, but rather actually involved in business or a sophisticated profession.

There is no reason that this industry standard should have changed. Perhaps it has just “changed clothes,” in the Thomas Carlyle sense. Saving money is by nature mediocre, meaning that those who make their life ministering to it tend to average. Have you noticed how the retirement-planning industry, over the 2000s, has altered the standard recommendation for portfolio allocation? They used to say the stock percentage should be 100 minus your age, upped to 110 minus age. Now that is gone and they say 80% in stocks till you near the witching hour and dip to 70%. That bumped-up retirement cash is in Dow 28,000.

Finance takes up 12% of GDP, health care (that creature of the tax-exempt code and Medicare bylaws) 18% (it was 5% in 1965), government 33%. That’s pushing 50% of economic output as semi-garbage goods. In a better world, finance and healthcare could be halved with arguably an enhancement in outcomes. Government…well, saying it could be better by halving it does not quite capture the matter. It stops one cold to think about who is doing the real producing in this country. Perhaps half of the country is responsible for all of the trappings of the legendary affluence that a great part of this big American population does in fact enjoy and live in every day.

Our refusal to revert to a classical currency regime, coupled with government’s yen for tax rates, has allocated whole classes of professionals into servicing this very matter, this problem of our monetary and fiscal state. The middle class stock-market fixation is, essentially entirely, a function of this problem. It gives one pause: what if we could have fully half of the current financial industry doing something more genuinely productive?

It even gives one pause about all this inequality handwringing. Could it be—what a thought— that we have not rewarded our real producers enough?

Is 2020 The Start Of A New Decade? A Human, Technical and Climate Perspective