Home Business After A Cancer Diagnosis And Nine Months Away From Her Show, This Performer Triumphs On Broadway In Mean Girls
Business

After A Cancer Diagnosis And Nine Months Away From Her Show, This Performer Triumphs On Broadway In Mean Girls

When Stephanie Bissonnette was in preschool she would sit on the floor, her legs in a split and play with her little farm action figures. “In my head I thought of my legs as a fence for my farm animals,” says Bissonnette. Her preschool teacher, who also owned a dance studio. took notice. “She is very flexible,” the teacher told her mother. “She clearly has some natural ability. You should put her in dance.” 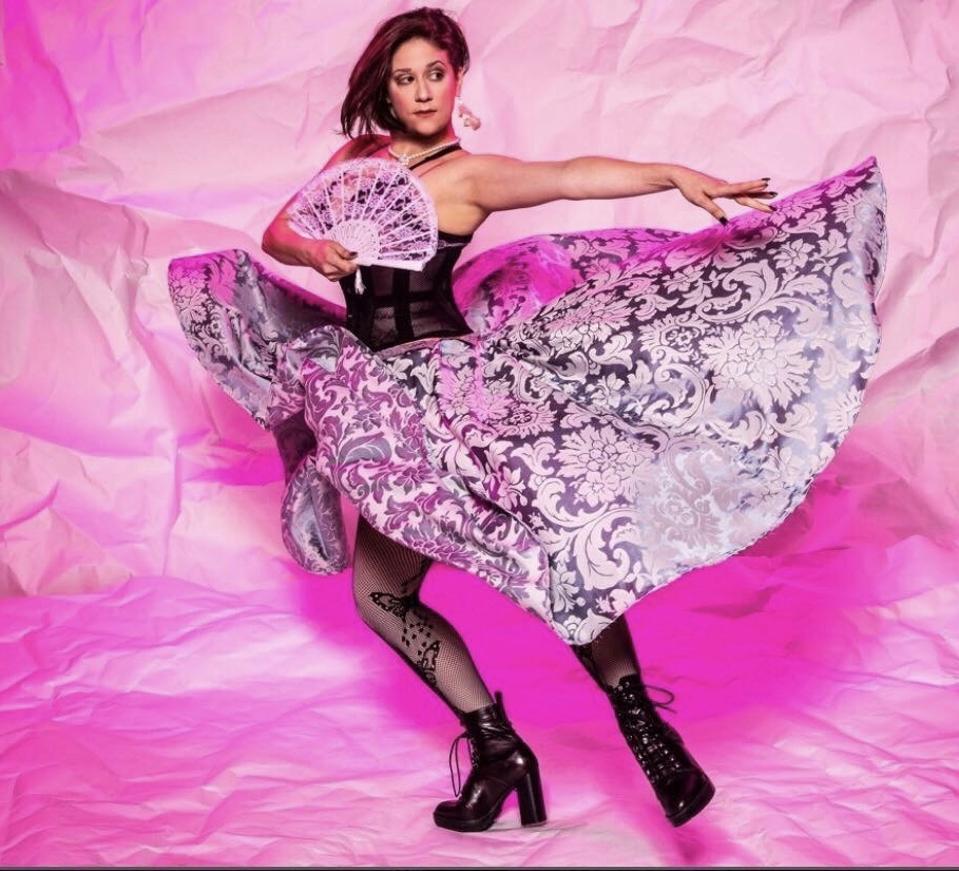 By the time she was five Bissonnette was studying ballet and tap. Over time she added more classes and dance styles to her repertoire. “I fell in love with dance from the beginning,” says the Messena, New York native. “As a kid I could be pretty shy. Dance was my way of expressing myself. It is such a freeing way to release all of these feelings without having to say anything.”

A month after she graduated with a BA in Dance Performance from the esteemed Conservatory of Performing Arts at Point Park University she got a contract to dance in Broadway-themed variety shows for Royal Caribbean as the ship went around the world. “I actually didn’t want to take it because I had all these big dreams of New York and Broadway,” explains Bissonnette.

But then she and her parents looked at the itinerary which started in Lisbon, and went throughout the Mediterranean to Asia and the Middle East. “I graduated a year early. My parents said, ‘Think of this like your senior year abroad,’ shares Bissonnette who spent two years working on ships. “Working on a cruise was a great way to save money, learn about putting on a professional show and getting paid to do it as a job. It taught me at 21 that I could do the same show for a year without getting bored.”

Bissonnette ultimately moved to New York, performed in regional shows around the country like The Little Mermaid, Kiss Me Kate, Legally Blonde and Footloose and earned her Equity card. In 2017, she auditioned for a developmental lab for the stage adaptation of Tina Fey’s hit film Mean Girls. The show featured music by Jeff Richmond, lyrics by Nell Benjamin, and a book by Tina Fey. A Developmental Lab allows creatives to test out dialog, scenes and dances with a cast during the course of a four weeks. “Even though I had nine callbacks and was hoping I would get the job, you never stop auditioning,” says Bissonnette. “So I was at another audition when I got the call from my agent who said, ‘I have great news. You got the Mean Girls lab.’” 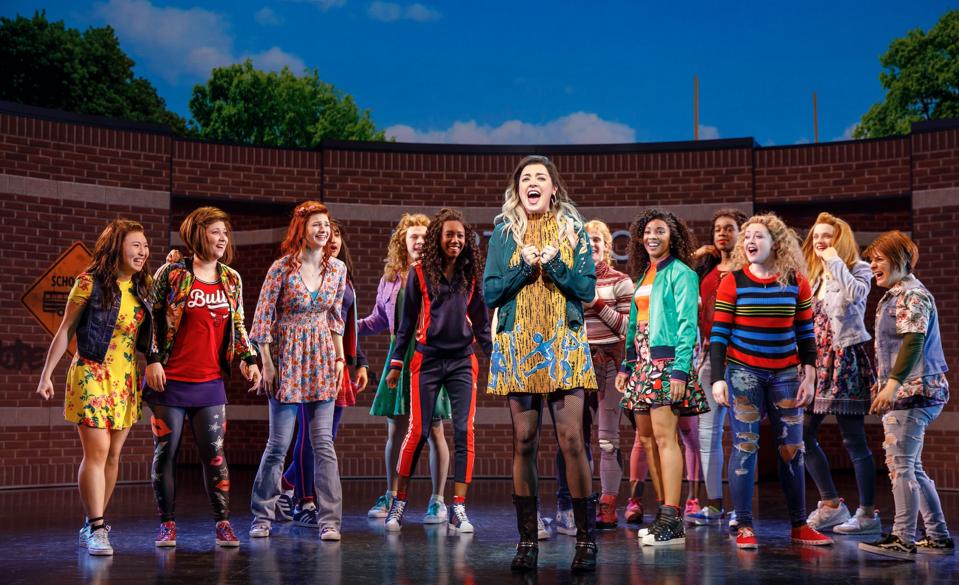 Stephanie Bissonnette (second from left) with her Mean Girls Cast

From there Bissonnette moved with the show to Washington DC and then Broadway as a member of the ensemble, playing high school student Dawn Schweitzer. Mean Girls became a hit with 12 Tony nominations, including best musical. Bissonnette got to work closely with the show’s Tony-winning director and choreographer Casey Nicholaw.

An 11 time Tony nominee, Nicholaw has several hit musicals on Broadway including Disney’s Aladdin and The Book of Mormon. His credits also include The Prom, Something Rotten, Elf: The Musical; The Drowsy Chaperone and on and on. “He is the nicest human and focuses on the work and telling a story,” says Bissonnette who is known for her high kicks and flexibility. “He trusts his dancers. He doesn’t talk down to us. We worked together to create the story and he found things in our skillset to showcase things we do well.” 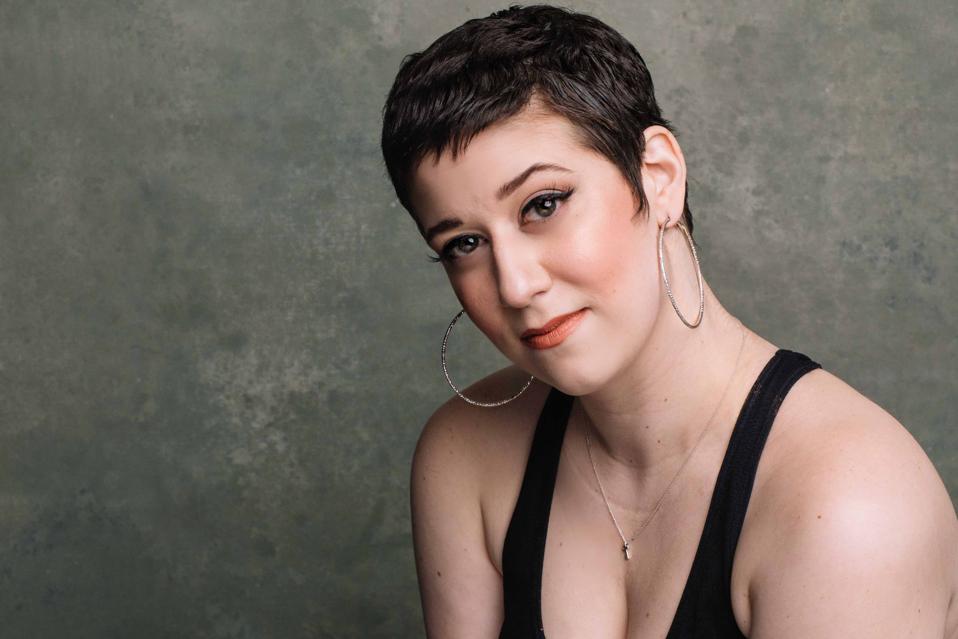 Last year Bissonnette noticed that she was having headaches and mild dizziness. At first she thought her symptoms resulted from a recent concussion. “I am super active and healthy, so there wasn’t really reason to think it was anything else,” says the 28-year-old. But after two months the headaches got worse. At one point in the show when she was doing a tumbling pass she felt a strong pain in the back of her head.“I leaned on my castmate for support and thought, maybe I’m dehydrated or didn’t eat enough?” As the show went on it became clear that something was off. “All of the sudden moves that are so easy for me were difficult.”

She went to the emergency room, got an MRI and a visit from the hospital’s neurosurgery team. Bissonnette had a tumor. Because of its positioning and amount of blood all signs pointed to it being benign. There was no need to worry. But after her surgery her diagnosis revealed something altogether different.

Bissonnette was diagnosed with Medulloblastoma, a very rare form of cancer found more commonly in children. She had to leave the show, undergo more surgery and radiation. “When I was told, ‘You can’t go back to work. You have cancer,’ I said, ‘what do you mean, I can’t go back to work? I have to go back to work. I finally got to Broadway. I worked all this time to get here.’ It was all so sudden.”

Her strong support network helped, including her parents, teachers, friends and Mean Girls family, helped her get through. “I would have a crying fit saying, ‘I’m never going to be able to dance again or go back to the show. I’m going to have to change careers,” she says. “All these things made me panic.” But her parents always reassured her: “You’re going to be fine. You’ve always been a fighter. Give it time and let yourself heal,” they would say.

Not only did her Mean Girls family visit her in the hospital on two show days, they even made a “get well” dance video for her. “It was the sweetest thing anyone’s ever done for me,” says Bissonnette. The night before her surgery Tina Fey sent Bissonnette a video where she showed a photo of Bissonnette and said, ‘I’m putting this by my bed until I can hug you in person.’”

Little by little Bissonnette was able to build back her strength. She took classes at her beloved Broadway Dance Center where she has been training for ten years. “I would say to my teachers, ‘I really want to take class, but I need you to know that I’m not 100% and I have to stand in the back. I could get dizzy. I could fall down. I might need to take a minute and sit,” shares Bissonnette. “They were so kind. My mentor Sheila Barker replied: ‘Do whatever you need to do.’ She helped me rebuild and get stronger. Each week I saw a little improvement.”

This past October 3, after nine months being out of the show, Bissonnette to returned to Mean Girls on Mean Girls Day. “I was more nervous than I was during my Broadway debut,” she shares. She equates the experience to being a five-year-old kid again saying “I can’t do it. I can’t do it.” But then she assured herself that she had done the show over 700 times in the eighteen months before her diagnosis. Plus there were so many people who had her back. “I had friends in the audience and was back with my cast.”

Each show gets better and better for Bissonnette. “I’m closest right now to being old Stephanie,” she says. “I still have my moments here and there where I think, I used to be better at this specific section and now am struggling to get through it. But those moments get easier each day.”

Thinking about all she went though if Bissonnette could tell her younger self anything it would be to let herself slow down. “I came to New York when I was 25. Whereas many of my friends were here when they were 19 or 20. In my head I always thought you’re behind. You have to work twice as hard because you’re older and you don’t have as much experience,” she says. “But the biggest lesson I learned was to know it’s okay to slow down, heal and take time for myself.”

That first night she returned to the show Erika Henningsen, who plays Cady Heron, surprised Bissonnette during the finale by throwing a piece of her crown to her. It slipped through Bissonnette’s fingers and fell to the floor. “We all laughed which broke the tension because we had all been crying,” recalls Bissonnette. That moment proved to be a great metaphor for her. “What did I do? I bent over, picked it up and the show kept going. Just like in life. You fall, you get back up,” she says. And she still feels that sense of elation at each performance. “At the end of the show when we bow I look out at all the people. I think, I made it. I’m doing another show,” she says. “I’m so lucky that I get to dance around and be a high schooler for a few hours and get paid to do it.” 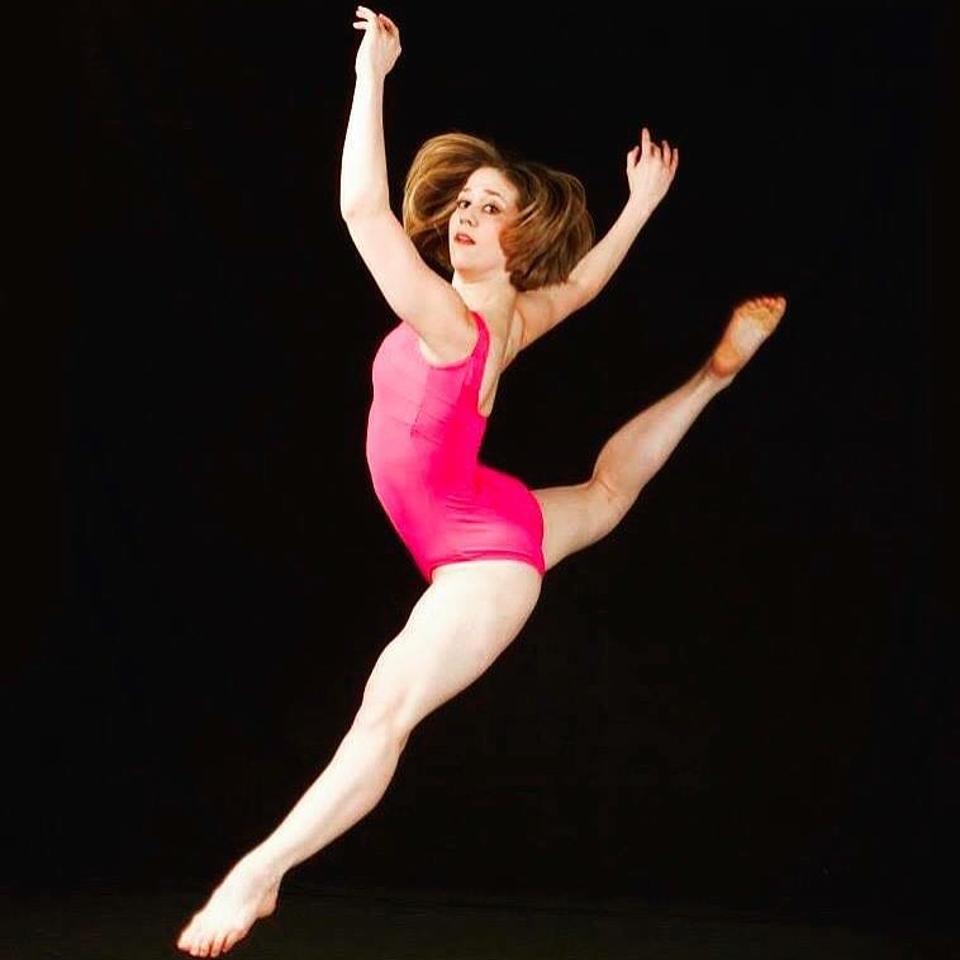 BTS Are The First Korean Musicians To Chart...

No, We Still Can’t Use Quantum Entanglement To...

Coronavirus Recession? No Worries – 10 Reasons To...