Home Business After A Wild And Wacky Day, The Green Bay Packers Remain The NFC’s No. 2 Seed
Business

After A Wild And Wacky Day, The Green Bay Packers Remain The NFC’s No. 2 Seed 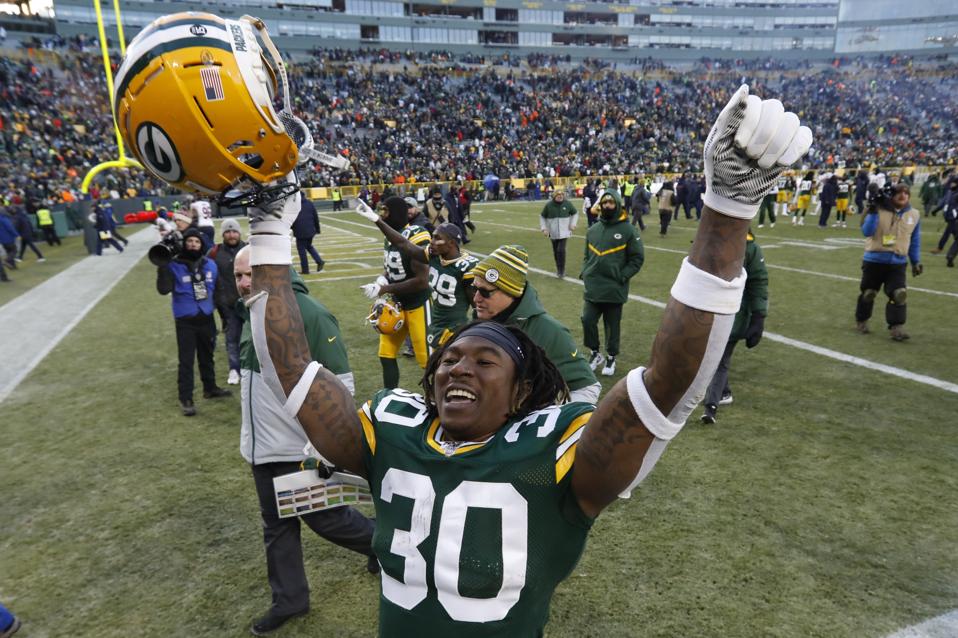 Jamaal Williams and the Green Bay Packers currently hold the NFC’s No. 2 seed.

It was a wild and wacky day in the NFL, and when it ended, the Green Bay Packers found themselves right where they were when the day began — holding the No. 2 seed.

The Packers defeated Chicago, 21-13, clinched a playoff berth and improved to 11-3 overall. Green Bay leads the NFC North by one game over Minnesota (10-4), holds the conference’s No. 2 seed and heads to the final two games of the season with limitless possibilities.

Seattle improved to 11-3 with an easy win over Carolina and moved atop the NFC West thanks to an earlier win over San Francisco (11-3). The Seahawks also surged ahead of Green Bay for the top seed in the conference based on a better record against common opponents.

“We control our destiny,” Packers wideout Davante Adams said. “We’ve just got to keep winning games. As long as we’re in, I don’t really care who gets in, how they do. If we get in, we’ve just got to take care of business.”

Here’s how the NFC playoff race looks with two weeks to play:

Analysis: The Seahawks have two home games remaining and a terrific chance at landing the NFC’s No. 1 seed.

Remaining schedule: at Minnesota, at Detroit.

Analysis: The Packers will clinch the NFC North with one more win. Green Bay would need help, though, to pass the Seahawks and jump into the No. 1 spot.

Remaining schedule: vs. Indianapolis, at Tennessee, at Carolina.

Analysis: The Saints have already clinched the NFC South, and could climb into a top-2 seed with some help.

Remaining schedule: at Philadelphia, vs. Washington.

Analysis: Dallas travels to Philadelphia (7-7) Sunday in a game that will likely decide this horrendous division.

Analysis: The 49ers were in control of the conference before suffering an unthinkable loss to Atlanta on Sunday.

Analysis: The Vikings are looking at a wildcard berth unless they win out and the Packers lose twice.

Why The Oklahoma City Thunder Have Been One...

Why The Clorox Rally Looks Overdone

How A Homeless Man Helped Cloudflare Counterattack A...

Hulu’s ‘Solar Opposites’ Is Eclipsed By Its Brilliant...