Breaking
The 30 Upgrade Module ‘Avengers’ Farm Trick You...
House Prices To Rise Through The Recession As...
Is An Internet Service Provider Revolution On The...
Why Selecting The Right Chairs And Tables For...
Walgreens Stock Looks Attractive At $35
How To Get CEOs And Board Directors Leading...
Bitcoin And Blockchain Are The ‘Future’ Of Twitter,...
COVID-19 Pandemic Has Birds Changing Their Tune
Beat Zoom Fatigue With These 6 Tips
How To Sustain (Or Sabotage) A Customer Service/Experience...
How, When And Where You Can See A...
New $2.2 Trillion Stimulus Bill Proposed—$1,200 Stimulus Checks,...
Why Do We Do What We Do? Manipulating...
California Brand Goes All-American As Amazon Bans Foreign...
The 3 Best Analytics Companies of 2020
Senator Cory Booker: Supporting Small, Minority-Owned Businesses Will...
Home Finance After Confusion, IRS Clarifies Tax Treatment Of Fortnite & Gaming Currencies
Finance 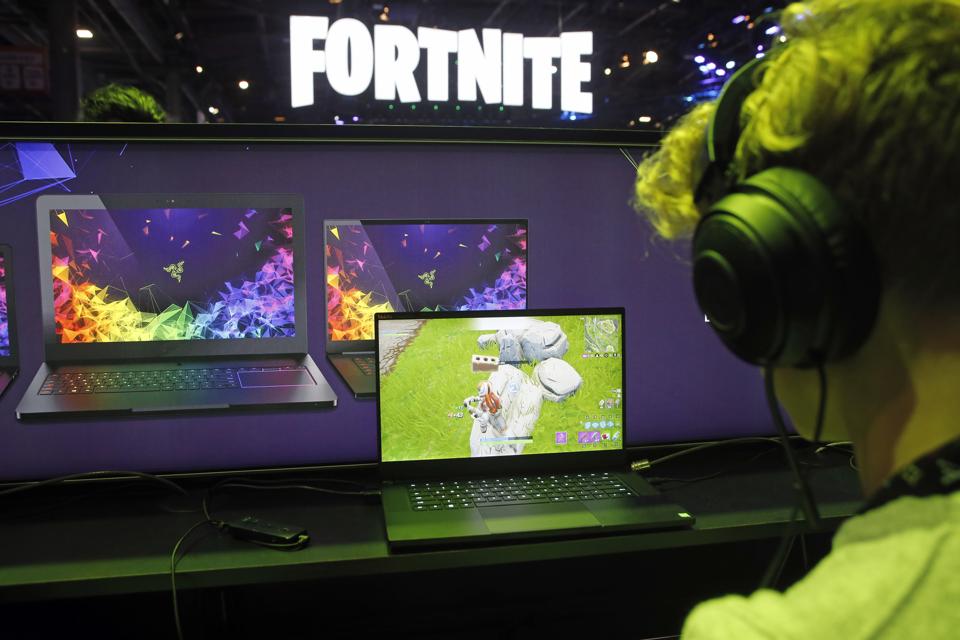 A gamer plays the video game ‘fortnite’ developed by Epic Games on a laptop from the Razer company … [+] during the ‘Paris Games Week’ on October 25, 2018 in Paris, France. (Photo by Chesnot/Getty Images)

Gamers (and their parents) can finally breathe a sigh of relief: Fortnite virtual currency is not taxable.

If you’ve seen headlines suggesting that it is taxable – and then contrary headlines saying that it is not – here’s what happened. In October of 2019, the following language was spotted on the Internal Revenue Service (IRS) website (archived link from the Wayback Machine):

The IRS has been increasing awareness on virtual currency and, in recent months, emphasized that taxpayers may have reporting requirements when buying, selling, trading, or otherwise dealing in cryptocurrencies like Bitcoin. The IRS is so serious about it that a question about cryptocurrency now appears on your federal income tax return.

But Roblox and V-bucks? Roblox is the name of an online game where users can buy upgrades for avatars or special abilities in games using proprietary Robux. V-bucks are a similar in-game currency for the popular game, Fortnite. As with Robux, V-bucks can be used “to purchase things like outfits, pickaxes, wraps, emotes and Battle Passes.”

Tax pros began murmuring within the tax community about the language, with most suggesting that the IRS interpretation was wrong. Last week, the IRS quietly modified the paragraph:

There’s no mention of virtual game currency in the new language. The IRS later confirmed that including the original wording had caused confusion and that it had removed the language. It further clarified the treatment of in-game currencies in the following statement on its website:

The IRS recognizes that the language on our page potentially caused concern for some taxpayers. We have changed the language in order to lessen any confusion. Transacting in virtual currencies as part of a game that do not leave the game environment (virtual currencies that are not convertible) would not require a taxpayer to indicate this on their tax return.

Still confused? A little history and some definitions might help. In 2014, the Internal Revenue Service (IRS) issued guidance to taxpayers (downloads as a PDF), making it clear that virtual currency like Bitcoin will be treated as capital assets, provided they are convertible into cash. In simple terms, this means that capital gains rules apply to gains or losses.

The same basic principles apply to in-game currencies. While you can typically buy them with US dollars, you usually can’t freely use or exchange them outside of the game, making them non-convertible. The IRS guidance for virtual and cryptocurrency – so far – only applies to convertible currencies.

While this feels like a new struggle, taxpayers have been seeking guidance on alternate currencies, including virtual currencies, for years. More than a decade ago, there was chatter about whether to include Linden dollars from Second Life in taxable income (I took the site for a test drive to find out what the fuss was about). And a half-dozen years ago, an alternative currency debuted in Philadelphia as one of many experimental local currencies.

The IRS will, no doubt, continue to issue guidance – and occasionally falter – as the ways that we continue to think about currency and value changes. For now, the rule is this: if a virtual currency, including digital currency and cryptocurrency, is convertible, meaning that it has an equivalent value in real currency or acts as a substitute for real money, then it is treated as a capital asset. That means that it may be reportable and taxable. For more information, check out the IRS FAQ and this article.