After ‘Furi,’ Game Bakers Aim For Romance With ‘Haven’

What is Haven? “Haven is, like Furi, another game about freedom. About the freedom to be with who you want. To love who you want, the way you want it. It asks the question about what you would be ready to do for love. How much would you fight for it,” writes Game Bakers’ co-founder Emeric Thoa.

Furi was an indie breakout in mid-2016. Yet, Haven doesn’t follow that game’s pattern. Where Furi focused on action and traditional boss fights, Haven is billed as an indie RPG, with two lovers escaping their home planet just to be together. It’s a powerful theme, but why such a change at a time when most studios play it safe and stick to what they know?

“Furi was a great game to work on and I still love to play it. But it was as exhausting to develop as it is to play. It was demanding. As a developer, we wanted to take a break and give one to the players. Haven is a chill game that feels like a nice pause between two AAAs,” Thoa writes. “As an indie dev, we have to surprise players and take risks.”

That seems to be a growing theme with the indie scene. Some aim for harsh difficulty, but others focus on narrative and accessibility. Although not due until later this year, Haven definitely aims for the latter. “We’ve always wanted to make a game with romance in it. And where two characters were at the heart of the experience. Making a love story about an established couple really struck out. It’s such an underrepresented subject in fiction (video games and other media), and yet, relatable for so many people,” Thoa explains. 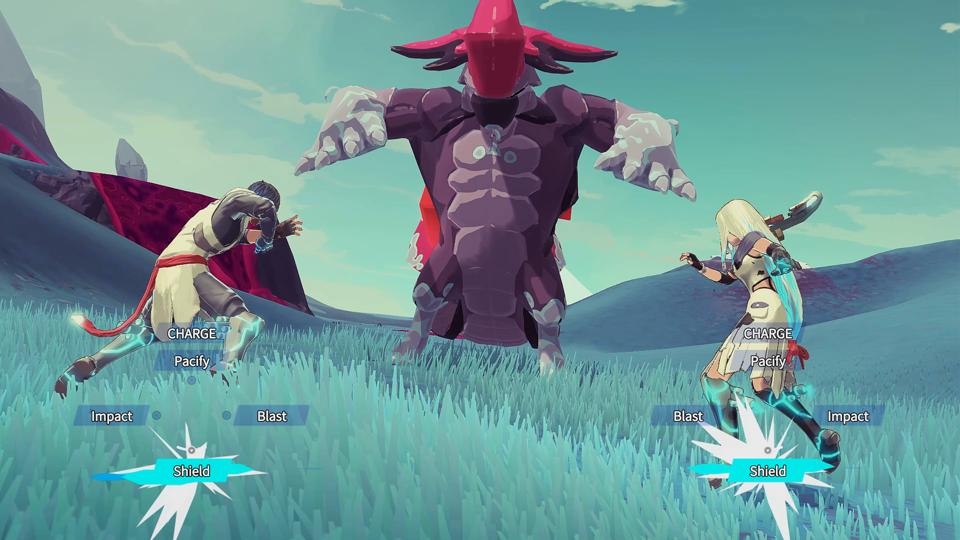 Thoa bills Haven as a sci-fi sequel to Romeo & Juliet, where the couple actually escapes from their families. That changes Shakespeare’s story – a little, anyway. “[Haven is about] freedom and complete trust. It’s often missing in “boy meets girl” stories where love equals passion. When you are a couple for a long time, freedom and love start to become one,” Thoa writes.

Although a single player game design first, Haven will offer co-op locally. Being accessible means anyone can likely play, creating a couple’s game, of which there are few to actually embrace the romantic side. “Date movie” is a common term. Maybe Haven will bring “date game” to the vernacular. There is one glitch the team might want to correct first though.

“At work I have two computers: often, I launch the game on the PC, then go back to the Mac to keep working while it’s loading. But we’ve had this bug for a while, where the game ran perfectly, except… Yu and Kay were completely naked!” writes Thoa.

That might make for an awkward date on PC, PS4, Xbox One, or Switch.

Going From Entrepreneur To Employee Again: Sometimes It’s The Right Move For Your Business And Yourself

What To Expect From Alphabet’s Fourth Quarter Results