A 46-year-old Black man who says his arm was broken during a February arrest has filed a federal lawsuit against the police department in Valdosta, Georgia, claiming officers violated his rights after they mistook him for a felon with active warrants and used “unnecessary and excessive” force to detain him. 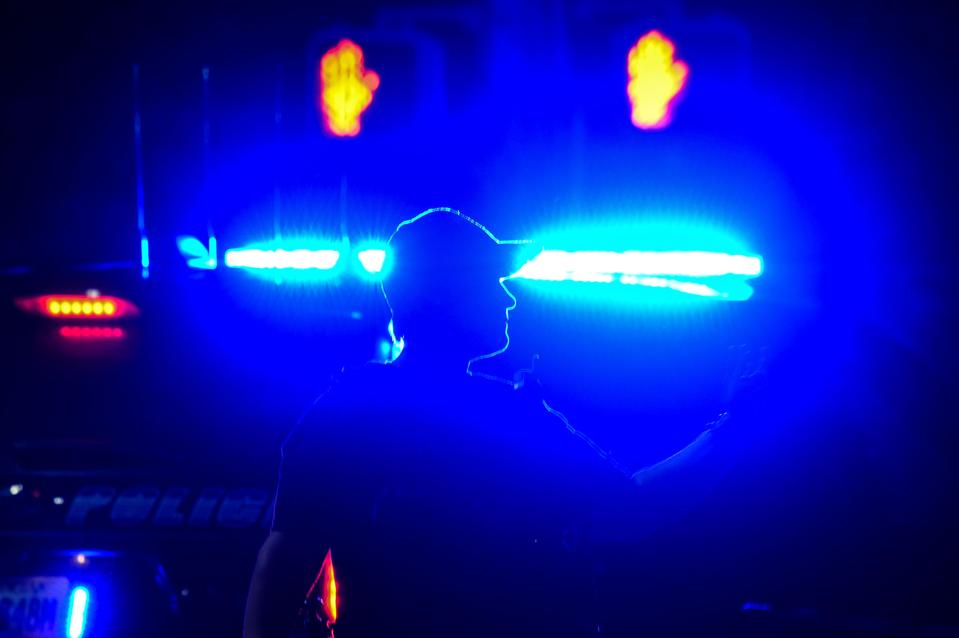 A police officer directs the traffic during a protest to mark Juneteenth on June 19, 2020, in … [+] Atlanta, Georgia. – The US marks the end of slavery by celebrating Juneteenth, with the annual unofficial holiday taking on renewed significance as millions of Americans confront the nation’s living legacy of racial injustice. (Photo by CHANDAN KHANNA / AFP) (Photo by CHANDAN KHANNA/AFP via Getty Images)

Per a police report obtained by the Valdosta Daily Times, a patrolman approached Smith near a local Walgreens store on Feb 8. and asked for identification, which Smith supplied.

Smith explained that he was at the Walgreens to go to an in-store Western Union, waiting for his sister to wire him money.

Customers reportedly had called police earlier that day and said a black man was acting erratically outside the store; the responding officers initially misidentified Smith for someone with several active felony arrest warrants.

A sergeant arrives on the scene and immediately walks up to Smith, grabbing him and restraining his arms before eventually slamming Smith to the ground.

Moments later, the patrolman who initially approached Smith informs his fellow officers that they detained the wrong man, and that Smith was not “the guy with the warrants.”

The lawsuit was filed on the grounds of “conspiracy to create a false report, excessive force, false detention, false arrest and assault and battery,” the Valdosta Daily Times reported. Smith is asking for compensation and punitive damages in the amount of $700,000. Court documents state Smith sustained “distal radial and ulnar fractures” and was fitted for a sling before being discharged from the hospital, according to the Times. He was referred to an orthopedic surgeon. Per the police report, the man suspected of bothering customers outside a Walgreens was wearing a brown hoodie and blue pants. Yet, in the bodycam footage, Smith is seen wearing a red jacket and khaki pants. After the patrolman with the bodycam tells the other officers, “This is a other guy. The guy with the warrant’s over there,” they remove the handcuffs from Smith.

Earlier this week, Valdosta city officials told The Times, “the city has not had time to review the document and therefore cannot comment on the content of the suit,” but that “Valdosta Police Department takes any report of any injury to a citizen seriously.” On Monday, Valdosta police released body camera footage of the incident on its website and YouTube, and also issued a statement on Facebook describing what led to Smith’s arrest. A clip of the video has since gone viral, receiving millions of views on Twitter.