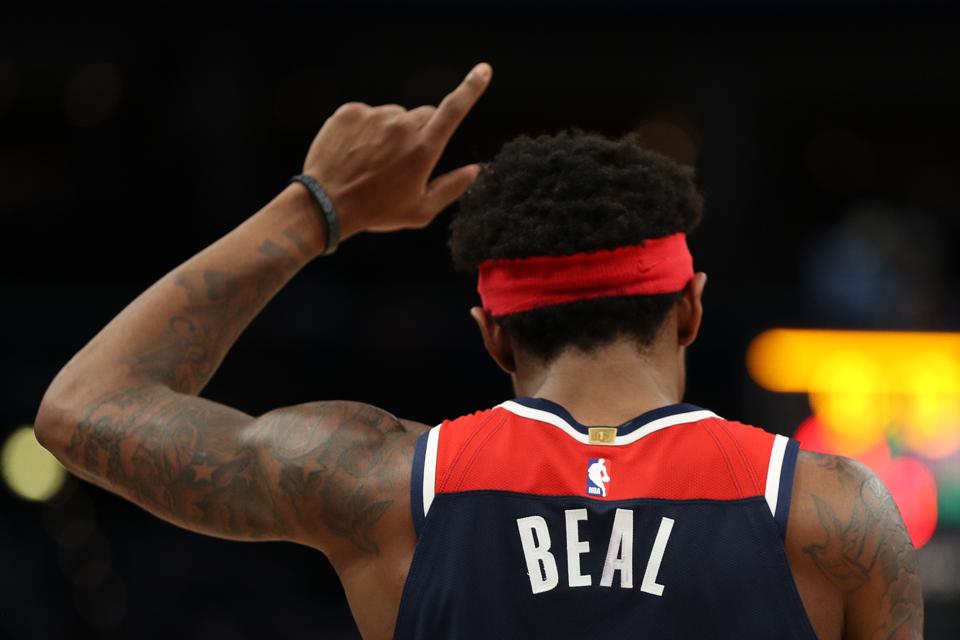 WASHINGTON, DC – MARCH 10: Bradley Beal #3 of the Washington Wizards celebrates against the New York … [+] Knicks at Capital One Arena on March 10, 2020 in Washington, DC. NOTE TO USER: User expressly acknowledges and agrees that, by downloading and or using this photograph, User is consenting to the terms and conditions of the Getty Images License Agreement. (Photo by Patrick Smith/Getty Images)

Bradley Beal’s agent does not expect the star shooting guard to be traded to the Brooklyn Nets or anyone else.

“There are no Beal Sweepstakes and that’s why he re-signed with the Wizards,” agent Mark Bartelstein said Friday by phone.

The Daily News reported this week that the Nets have discussed internally how to land Beal via a trade.

Beal last October signed a two-year extension worth nearly $72 million with Washington. He still had two years left on his existing contract. The extension kicks in for the 2021-22 season, has a player option for 2022-23 and keeps Beal out of the free-agent summer of 2021.

“It’s a blessing, man – for one, that they even consider me a franchise player, a piece of this organization in itself,” Beal said at a news conference in October. “And I was prideful of that. You don’t get that type of love and respect and responsibility from anywhere.”

Nets guard Kyrie Irving said in January his team had a “glaring” need for a roster upgrade.

“I mean, it’s transparent,” he said. “It’s out there. It’s glaring, in terms of the pieces that we need in order to be at that next level. I’m going to continue to reiterate it. We’re going to do the best with the guys that we have in our locker room now, and we’ll worry about all the other stuff, in terms of moving pieces and everything else, as an organization down the line in the summer.”

The Nets are currently the No. 7 seed in the Eastern Conference and there has been speculation about Irving and Kevin Durant returning for the playoffs when the season restarts this summer.

What’s Next For The Hospitality Industry: Experts Dish On Best Practices For Hotel And Restaurant Re-Openings