My first thought: it can’t be both the most powerful and the safest.

Then I kept reading. 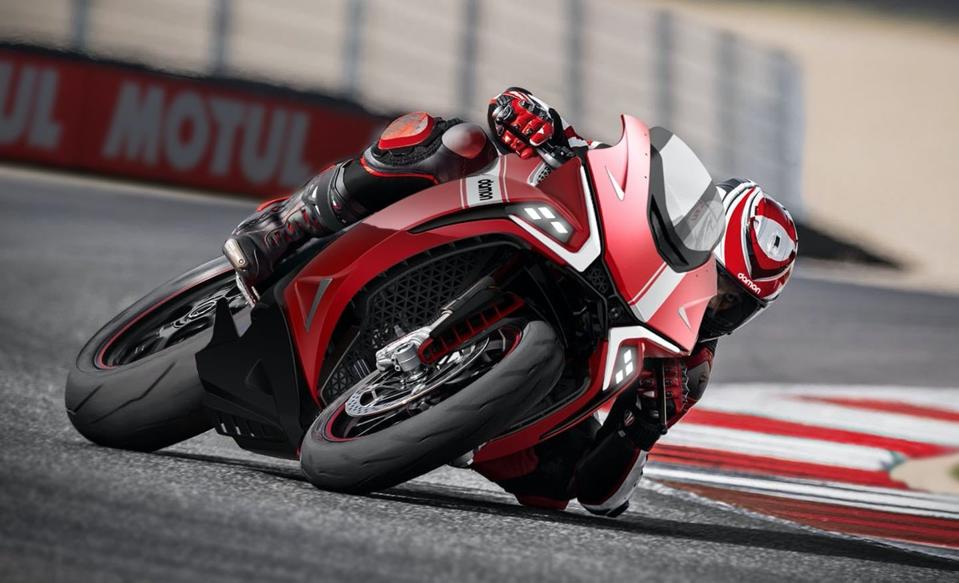 First off: the power. The Damon Hypersport has “over 200” horsepower, which is a lot for a motorcycle. But even more impressively, it delivers 200nm of torque at zero RPMs … the classic electric vehicle advantage. (Although how RPM means something in an electric motor is a mystery to me.) Thanks to that power, the bike has a top speed of 200 miles/hour.

Which, by the way, doesn’t sound very safe.

But the safety features are impressive.

As you’d expect in a motorcycle, they’re not about crumple zones or air bags.

Instead, they’re about intelligence. Specifically, predictive intelligence: what’s around me, where is it going, and what do I need to avoid? The Hypersport will track the speed, direction, and acceleration of up to 64 moving objects around the bike, Damon says. 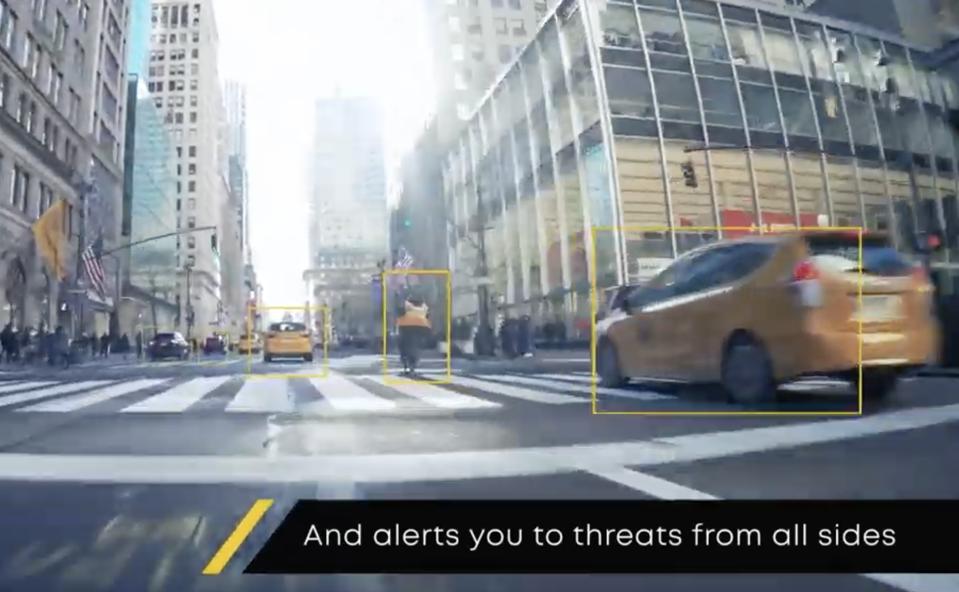 CoPilot 360 senses objects like cars and people and alerts motorcyclists to threats.

Damon calls it the “CoPilot 360º advanced warning system.” CoPilot 360 uses cameras, radar, and “other sensors” to know what’s around and alert riders to threats, the company says.

We spent the last three years developing an AI-powered, fully connected, e-motorcycle platform that incorporates CoPilot, our proprietary 360º warning system … Damon motorcycles will be the safest, most advanced electric motorcycles on the market.”

That’s not just about what’s ahead of you. The system “looks around corners,” although I’m sure it’s not bending any laws of physics, and keeps an “eye” on the rear to see what might be coming from behind.

And, it will learn your driving habits and adjust accordingly, using onboard artificial intelligence.

A rear-view “mirror” on-screen on the Damon Hypersport

“We prioritized data-driven thinking at the epicenter of the company, employing radical innovations in sensor fusion, robotics and AI,” Dom Kwong, the co-founder and CTO of Damon Motorcycles, said in a statement. “This level of deep learning and connectivity are unprecedented, ensuring each rider a smarter, safer and connected ride; not only for individuals but for entire communities, with the goal to reduce incidents worldwide.”

To connect riders and power the bike’s AI and other advanced features, it includes 4G, Wi-Fi, and Bluetooth.

Of course, there are two big questions:

One: will riders actually be safer with warnings about oncoming objects, or will they prioritize what they see on the screen versus watching the road? Will a flood of alerts distract them or make them safer?

And secondly: with software, the devil’s in the details. Few transportation companies that aren’t named Tesla do it well. Will this startup be able to ship these advanced technologies in a usable, friendly, and safe way?

Damon says yes, citing the foundation of their software:

“By building it on BlackBerry’s best-in-class technology that is safety certified, Damon motorcycles will be the safest, most advanced electric motorcycles on the market,” says CEO Giraud.

That’s BlackBerry QNX, which is built by the former mobile giant, now re-focused on software solutions.

The Hypersport is available for pre-order now on the Damon website. Pricing begins at $24,995 before any applicable EV tax credits.

And the range? 200 miles on the highway, 300 miles in the city, according to the company.

Summer Walker Tells Usher To ‘Come Thru’ In New Video