Breaking
In Need Of A Competitive Edge? Look To...
Think Small: Timely Picks To Capture The Reawakening...
Patient Gets Covid-19 Swab Lodged In Her Lung...
Nine Signs You’re Not Being Effective During Your...
Chromebooks Can Now Run Windows 10 – Find...
Will Biden’s Tax/Benefit Plans Help/Hurt You And The...
This Fashion Brand Turned A Stripe Into A...
Shots In The Dark: Why Access To A...
What Building Wealth Really Takes In Business
Building A Circular Economy In New York City...
How To Cast Your Vote Against Election Scams
New Science On Stress: Feeling Your Feelings Works...
Why Now Is The Right Time To Acquire...
7 Obstacles That Prevent People From Starting Businesses...
Booking Holdings Falls; Likely To Remain A Risky...
Apple iPhone Crushes Samsung Galaxy In Important New...
Home Business Air Force Is Looking At Using Magnetic Fields To Navigate Instead Of GPS And Flight Testing It On F-16s
Business 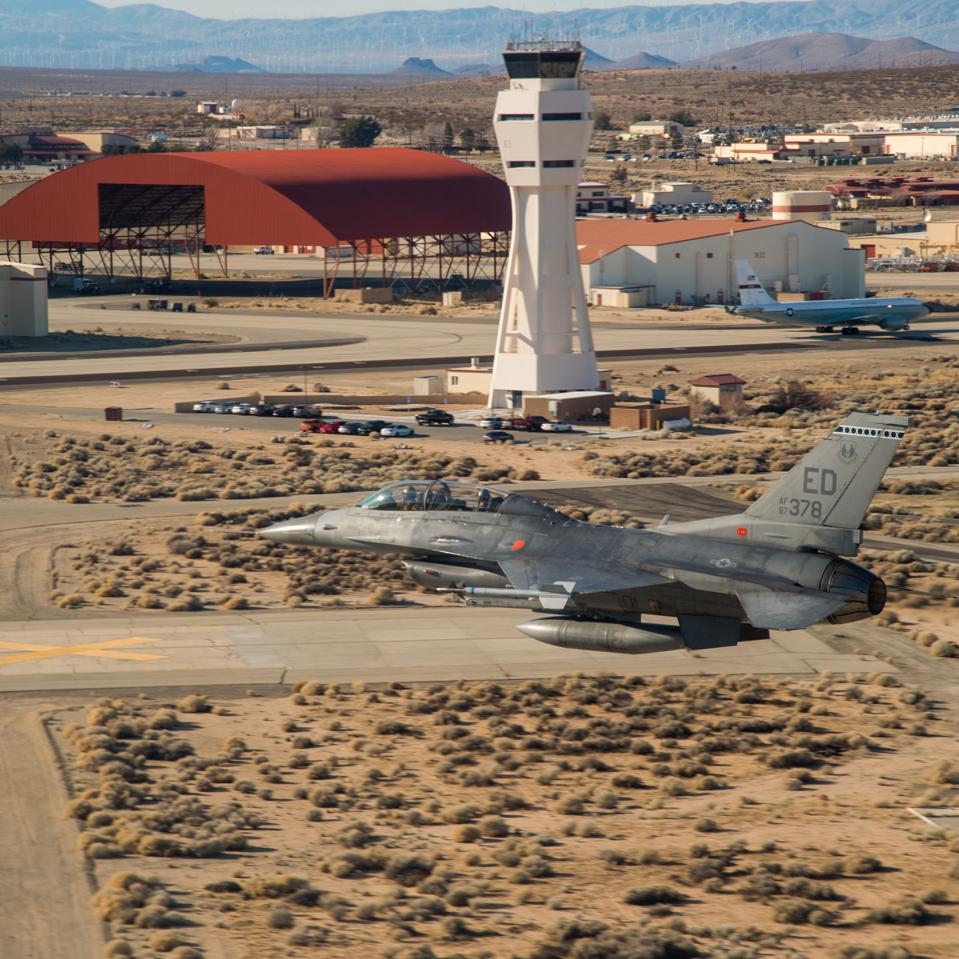 The fact that GPS is vulnerable to jamming, spoofing or physical threats from American adversaries is widely known. What’s less well recognized is the variety of stealthy, difficult to jam or destroy navigation alternatives to GPS.

These alternative position, navigation, and timing solutions (APNT) include passive approaches like using computer vision (cameras), star-tracking or terrain following navigation solutions. While these are potentially useful when GPS is interrupted, they’re limited by the visual environment, weather and the lack of topography over water. That’s where a new magnetic anomaly navigation technique (MAGNAV) being researched at the Air Force Institute of Technology (AFIT) may come in.

Air Force Major Aaron J. Canciani, an Assistant Professor of Electrical Engineering at AFIT, has been at work designing algorithms for MAGNAV flight testing for several years. It’s a PNT approach that hasn’t yet gained a lot of support he admits.

“Magnetic navigation has been a bit of a hard sell. It’s met with skepticism until I can really [inform] people about the results I’ve had with it. We’re hoping some realistic testing on realistic platforms will open the doors to further research and funding.” 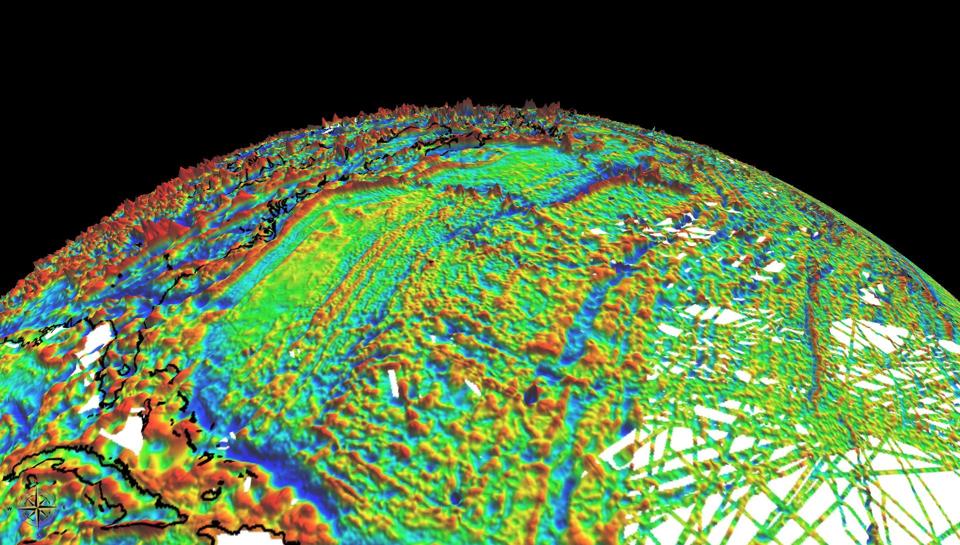 This could make them highly relevant to the military which operates at sea at least as often as over land. The inherent difficulty of jamming or interfering with MAGNAV, which like inertial navigation can be used passively by thousands of individual vehicles, makes it still more appealing.

In simple terms Magnetic Anomaly Navigation works by using scalar magnetometer sensors which measure differences in the magnitude of magnetic fields as one passes by them. These variations can be compared with known features in magnetic field maps and be interpreted to determine position. You may be surprised to learn that there is quite a catalog of magnetic maps of portions of the earth though they differ in quality.

“For decades and decades, government and industry have been making magnetic maps for all sorts of purposes like geological exploration,” Major Canciani says. These maps are widely available though they’re much more limited for ocean regions.

The MAGNAV he’s been working on has origins in pre-GPS terrain-following navigation techniques developed in the 1950s and 1960s for missile guidance. Terrain Contour Matching or TERCOM used a contour map of the terrain that was compared with measurements made during flight by an on-board radar altimeter. Scalar MAGNAV works the same way but with some added challenges.

“As I fly along, can I get [accurate] map values?” Canciani says. “You have to able to subtract-out different error sources – aircraft effects, space weather effects. If you can remove these you can isolate a signal that you want to match to the map.”

Canciani says there are four pillars to MAGNAV – magnetic maps, sensors, algorithms and calibration. We already have mature scalar magnetometer sensors and relatively mature algorithms. Getting better at compensating (calibrating) for the local magnetic field of whatever platform (aircraft/ship) the sensors are placed on remains a challenge. So too, does getting more complete, higher quality magnetic maps over sea and land. 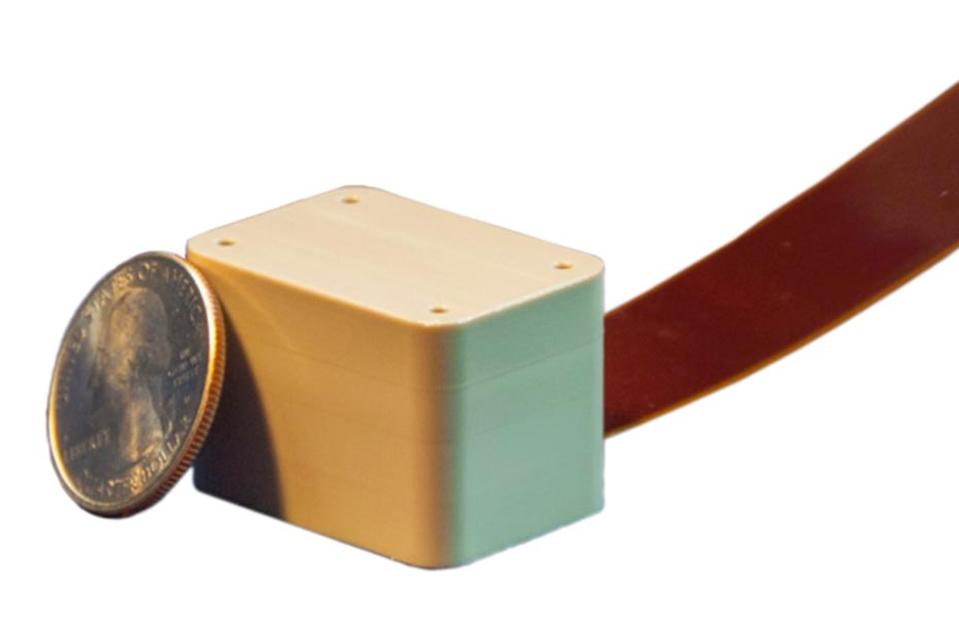 Geometrics’ MFAM atomic magnetometer illustrates the small size of commercially available … [+] magnetometer sensors that could be integrated onto aircraft and UAS.

One of the first questions Canciani gets asked about MAGNAV is how accurate is it? The reference point is always the three-meter accuracy of GPS.

“One of the worst things people do when they discuss alternative PNT is to pretend that everything needs GPS accuracy,” he says.

In ideal conditions (at low altitudes with a fast moving platform) MAGNAV could be accurate to 10 meters. But different conditions and lower quality magnetic maps may mean it’s only good for one-kilometer accuracy. That doesn’t phase Canciani (or likely the Air Force) who points out that there is a “whole slew” of DoD missions that don’t require GPS accuracy, likely a significantly higher percentage than those which do.

And scalar MAGNAV could actually be practical. There are other efforts to apply magnetic field sensing to navigation like Lockheed Martin’s Dark Ice quantum magnetometer, but those “vector” MAGNAV approaches (which measure differences in the direction of magnetic fields) are largely experimental at this point.

“The proven, flight-tested stuff right now is scalar magnetic navigation. It’s what we can start transitioning with,” Canciani explains.

Scalar magnetometers have already been flight tested and with dimensions no bigger than a quarter in some cases, they’re very SWaP (size, weight & power) friendly. Since they’re used in commercial applications, they’re also available off-the-shelf. The magnetic maps they can utilize already exist within industry, the military and government agencies like NOAA, NASA, NGA and more.

Canciani acknowledges that magnetic maps, particularly at sea, need to be improved and expanded, a process that would require gathering clean data from specially calibrated platforms like airplanes, ships and submarines.

“We can make more maps for this technique,” he says. It’s likewise not unreasonable to assume that the military/government already have platforms doing this or capable of doing this. Though Canciani says he’s not aware of overseas efforts, the idea that other nations are investigating MAGNAV seems common sense.

The upcoming MAGNAV tests on AFTPS F-16s appear to be an opportunity of convenience for both AFIT and AFTPS. The former gets useful data from ideal platforms (the faster you go and the lower, the better MAGNAV works) which are tactically relevant and could expect to be jammed. The latter gets a novel test/analysis project for its students. We reached out to AFTPS but had not received a response by publication time.

Successful testing could channel more effort and research funding into MAGNAV and offer the US another APNT system in addition to non-GPS satellite systems. “The dream for alt-PNT is to use all of the above,” Canciani says.

Of course, “all of the above” could include yet another magnetic navigation method – the time-tested compass.

Inside-Out Terraplanter Wants To Transform How You Grow Your Greens