Breaking
In Need Of A Competitive Edge? Look To...
Think Small: Timely Picks To Capture The Reawakening...
Patient Gets Covid-19 Swab Lodged In Her Lung...
Nine Signs You’re Not Being Effective During Your...
Chromebooks Can Now Run Windows 10 – Find...
Will Biden’s Tax/Benefit Plans Help/Hurt You And The...
This Fashion Brand Turned A Stripe Into A...
Shots In The Dark: Why Access To A...
What Building Wealth Really Takes In Business
Building A Circular Economy In New York City...
How To Cast Your Vote Against Election Scams
New Science On Stress: Feeling Your Feelings Works...
Why Now Is The Right Time To Acquire...
7 Obstacles That Prevent People From Starting Businesses...
Booking Holdings Falls; Likely To Remain A Risky...
Apple iPhone Crushes Samsung Galaxy In Important New...
Home Business Air Traffic Control, An Engineering Masterwork
Business 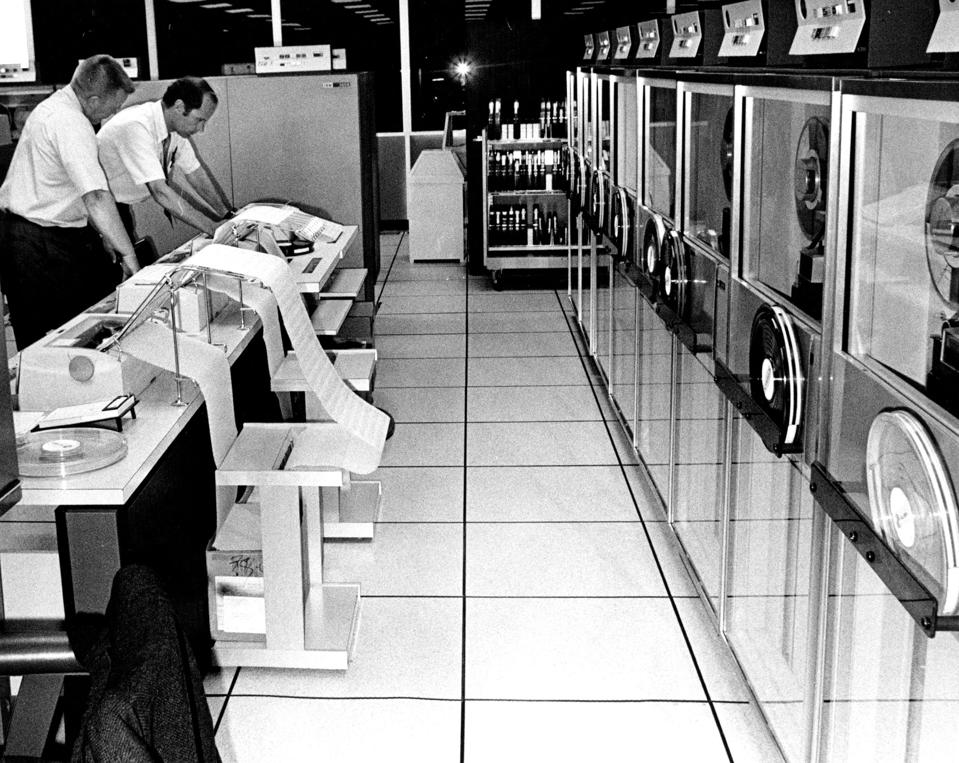 AUG 2 1971; Two specialists check a message in the flight data processing room at the Longmont … [+] center, which utilies the IBM 9020 system. Included in the system are six IBM-360 Model 50 computers which cost a total of $4.5 million.; (Photo By Ira Gay Sealy/The Denver Post via Getty Images)

In 1967 Lyndon Baines Johnson was president. The war was in full swing and the United States had almost half a million soldiers in Vietnam. The biggest concern for most young men was their military draft classification.

NASA was hard at work planning their Apollo 11 mission to land a man on the moon. Bill Gates was 12 years old. The Commodore PET personal computer was still a decade in the future. The word internet had not yet been coined. The functional equivalent of a Color Graphics Adapter would actually fill an entire large sized room; and it did not have color. The Federal Aviation Agency was renamed to the Federal Aviation Administration, and became part of the US Department of Transportation.

In 1967 IBM delivered the prototype of the National Airspace System (NAS) En Route Air Traffic Control system. This system was designed from a blank sheet of paper to do two things that were incredible for the time. It would integrate certain pieces of hardware, such as beacons and radars together into a single system. Much more importantly, the system would connect together air traffic controllers, air traffic control sectors, and pilots all across the nation into a single system,

The En Route system was built to work on a group of 20 Air Route Traffic Control Centers that divided up the country according to geography. These centers were connected using real time data communications. This was six years before the TCP/IP protocols, foundation protocols of the modern internet, were developed. Each of these centers was further divided into a number of sectors that one or two controllers could manage at a time. Air traffic control sectors also coincided, more or less, with the distance that radar could see accurately. The mathematics of radar translated naturally into a polar stereo-graphic coordinate system. This coordinate system also worked very well in the “flat earth” space of a controller’s “scope”.

Although software configuration management had been kicking around for a few years, it was mostly derived from hardware configuration processes, and was still not really codified in the industry. IBM designed a process of allowing each of the twenty centers to implement a “local patch” to provide for necessary differences in each system, while each system was running the same basic software. Although this practice drew a great deal of criticism in the years to come, it was a brilliant solution for the time.

The NAS En Route natural integration of geographic centers and sectors, hardware technology, and personnel was massively successful. With twenty centers linked together across thousands of miles it became a model and a logical foundation for air traffic control. This grew from the NAS En Route system, to military aviation, and soon became the model for air traffic control around the world. You can walk into most any air traffic control center anywhere in the world and you will find the same familiar functions being performed. Although the systems have different names and different authors, the same foundation logic structure is always there.

Over time this logical foundation became policy both in the US and in the International Civil Aviation Organization. People that want to pursue a career in air traffic control anywhere in the world, study the functions of this foundation. It has even evolved its own language for talking about the entire industry.

The NAS En Route system was nothing less than an engineering masterwork. The design logic was elegant in its simplicity, and craftsman like in its implementation. All this, even though it was implemented on what today would be considered prehistoric computer hardware.

5 Steps To Turn Passion Into Profit