Breaking
France Off Travel Corridors And FCO Exempt List
Ask Ethan: Why Are The Moon And Sun...
When To See The Moon And The Planets...
IRS-CI Involved In Largest-Ever Seizure Of Terrorist Organizations’...
The Check Really Is In The Mail. After...
Epic Games Vs Apple: Why You Won’t Be...
Senator Kamala Harris Proposed A Bold Tax Credit...
Deal Terms To Reduce The Risk When Buying...
Multiple Sclerosis Drug Shows Promise For HIV Prevention...
The Neglected Piece Of Retirement Planning
It’s No Longer A Viable Option For Capitalism...
Virtual Credit Cards: An Extra Layer Of Protection...
Lessons From The Rainforest: Human Health Leads To...
Four Easy Ways To Bolster Your Company’s Reputation
It’s All About Claims: New Claims Come In...
Does Covid-19 Change How We Look At Digital...
Home Technology Al Harrington Talks Cannabis Sales And COVID-19, Real Social Equity And ‘Never Giving Up’
Technology 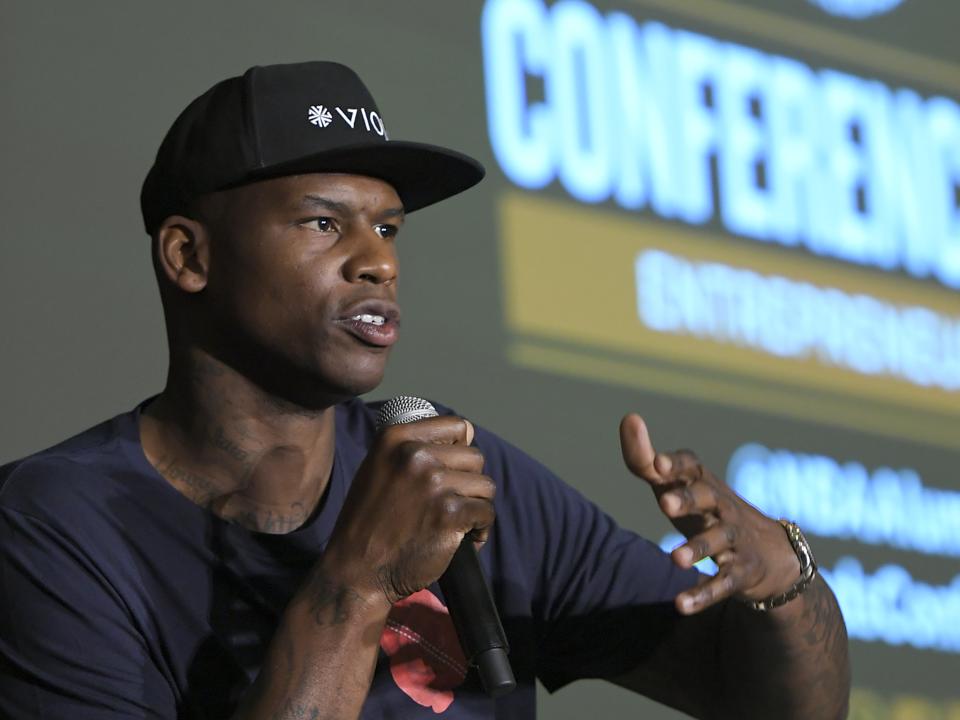 Viola CEO Al Harrington, who played 16 seasons in the NBA, talks about entrepreneurship and his … [+] cannabis company during the Legends National Basketball Retired Players Association Conference at Caesars Palace on July 9, 2019 in Las Vegas, Nevada. (Photo by John McCoy/Getty Images)

As a two-time founder, 16-season NBA player, and father of four, Al Harrington may be more experienced than most at staying cool under pressure and making tough decisions, including pivots, that benefit a larger goal.

But Harrington, who’s been an active cannabis entrepreneur and advocate since retiring from the NBA in 2014, believes that anyone can find success in their chosen field so long as they’re in it for the right reasons — even now, when roiling change seems to fill the world of business and generally.

As an investor and mentor, Harrington also aims to help others find that success in cannabis, which has been rocked by this global pandemic (like so many other fields, but in some ways especially so). In fact, according to the Viola Extracts CEO, one thing the past few months made clear is that there’s no better time for cannabis industry aspirants to start making their moves.

In the months before and after 2020 took a ‘hard right’ with the COVID-19 outbreak, Harrington and colleagues have worked to emphasize this point, as well as the need to think big (and move quickly) when building social equity and restorative justice into our legal industry.

In an interview, he also explained how Viola Extracts, the flagship brand of wellness company The Harrington Group, has managed to make important operational changes since the rise of COVID-19 illness, which seemingly caused a big spike in sales, too.

We spoke by phone about his work and biggest hopes for the industry in mid-February, two weeks after his 40th birthday, and then again in mid-April, several weeks after many US cities and states had been all but shut down due to rising coronavirus infection rates.

In February, Harrington announced the launch of Viola Cares, a social equity- and reentry-geared initiative, as well as its first “strategic alliance” with Root & Rebound, a nonprofit group working to restore power and resources to the families and communities most harmed by mass incarceration and related policy, such as the US ‘war on drugs.’ 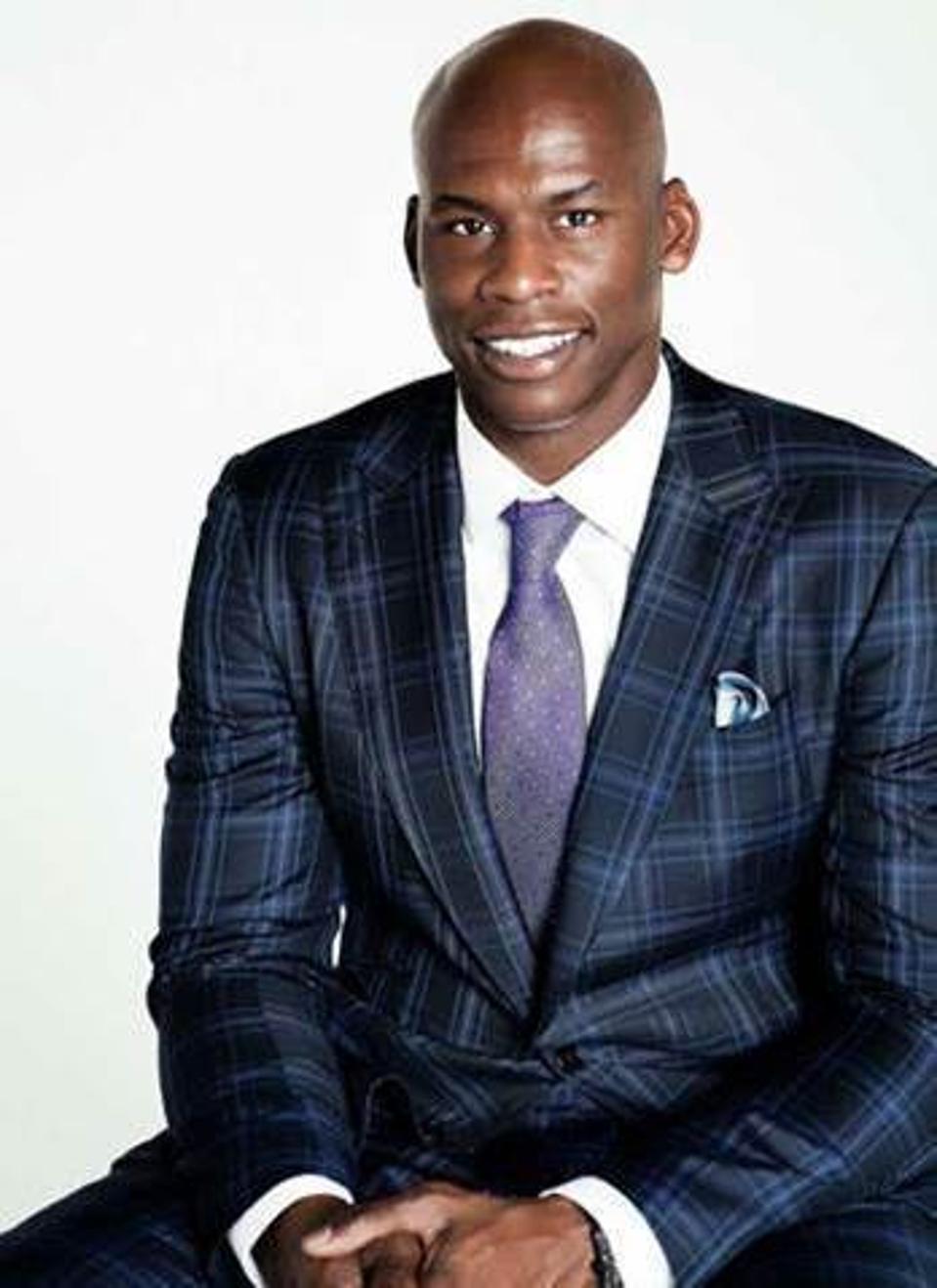 That process involves not only job creation through Harrington’s businesses and partners, but also investment in and mentorship for new businesses in a fast-growing field — one where Black and Brown businesses and legacy operators have consistently been shut out, whether by legal cannabis states’ so-called ‘morality clauses,’ a lack of resources and fair competition, or heavily racially biased enforcement of prohibition.

“We’re especially focused on trying to increase the workforce from a Black and Brown perspective,” Harrington explained. “One of the challenges we experience as we do employ is that minorities don’t even apply for jobs.” One reason for that, he said, seems to be “a lack of information being given out.”

“The stigma is still so strong that the fact this is a growing industry that you can be a part of may still be hard to grasp,” he said. “We’re trying to educate and bring people of color into the industry in a major way, because all these years of the war on drugs, [basically] aimed at communities of color, have pretty much destroyed those communities by incarcerating us.”

Hence Harrington’s work with Viola Cares and Root & Rebound, which he hopes can help currently and previously incarcerated persons move as easily as possible through the steps of getting the support, legal slate-cleaning, and industry representation they’re entitled to — from record expungement to equity business assistance.

“Reentry is so important,” Harrington said. “Millions of people went to jail for something that was a crime but is now part of an industry that’s thriving, and when they get home, they still can’t participate in society in a normal way.” In some legal and medicinal cannabis states, he noted, individuals with drug convictions are even explicitly barred from participating in the cannabis industry, despite the price they paid for sustaining it under prohibition.

“Some of the people locked up right now are probably some of the most talented people in cannabis,” Harrington pointed out. In addition to addressing such legal injustice, he said, “We’re trying to get a form of reparations for what happened to them.”

In conjunction with Root & Rebound, Viola Cares will also produce “a first-of-its-kind toolkit designed specifically for people with cannabis-related convictions,” to be called A New Leaf: A ‘How-To Guide’ for Successful Reentry After A Cannabis Conviction.

Harrington also plans to continue working one-on-one with business creators whose important, innovative work and perspectives could easily go unsupported in today’s industry. For an example, he pointed to Butter Baby, now one of three companies in The Harrington Group. Founded by a duo of Black women from California and New York, Butter Baby identified “a need for edibles, and an ability to medicate people, without all the sugar,” and even work to offer up menu ideas, Harrington said.

“If you’re not rich, it’s very tough to be able to compete,” Harrington noted. And all told, he said, “Minority businesses represent 4-6% of the industry, and that includes women. There’s more than enough opportunity out here, and if Black and Brown people could even have 10 or 20% of market ownership, that would be huge.”

“It’s something that needs to be talked about, and right now it seems like it’s falling on deaf ears,” he said. “Some states are being very lazy in their approach, trying not to do any of the work for a level playing field. There’s no representation for Black and Brown people, and they’re still locked up.”

At it happens, reports from the past several weeks indicate that the cannabis industry is in need of experienced, dedicated workers and operators today more than ever, too.

For example, Harrington said his operations in California and other states saw a significant spike in sales following the first wave of US COVID-19 outbreaks and preventative ‘lock-downs.’ Plant-touching or ancillary cannabis businesses across the US and world (from delivery firms to bong-makers) have said the same. “I think a lot of people were afraid they wouldn’t be able to buy cannabis, or buy their medicine, during this [crisis] — it being an essential item, people want to stock up.”

At the same time, he has needed (among other things) to alter the companies’ packaging processes and to space out his PPE-equipped employees, both physically and on the clock. Since the public lock-downs began, Harrington also estimated that the proportion of sales occurring by delivery has soared to 75%.

“People always say that liquor is recession-proof, and cannabis can potentially be that as well,” Harrington said. “People may be having a tough time, and feeling anxious, whether they’re sitting in a studio apartment or holed up with their families” (or, in this freelancer’s case, a handful of roommates).

“If the usage rate is up, more people may be open to potentially trying it,” he continued. “So many people in my life ask me what I would recommend, and what I like about these kinds of conversations and experiences is that it opens people up to how amazing this plant really is.”

He also urged anyone who feels the same way to get involved in the cannabis industry, despite the changes and uncertainty found in many industries today.

In cannabis, Harrington said, “We’ve been dealing with this kind of pressure the entire time — it’s always been about surviving, and really assessing you company from the bottom up, trying to figure out how to keep yourself in a good place in the industry ‘til this all plays out.”

Overall, Harrington said, “My biggest rule is don’t give up: there’s always a solution to every problem. It might take a bit longer to find, but will happen as long as you keep searching. And if you’re in it for the right reasons, anyone can find success in the cannabis industry.”

Connect Here With A PPP Lender Online, Plus The Latest Facts On Forgivable PPP Loans And Other Sources Of Funding