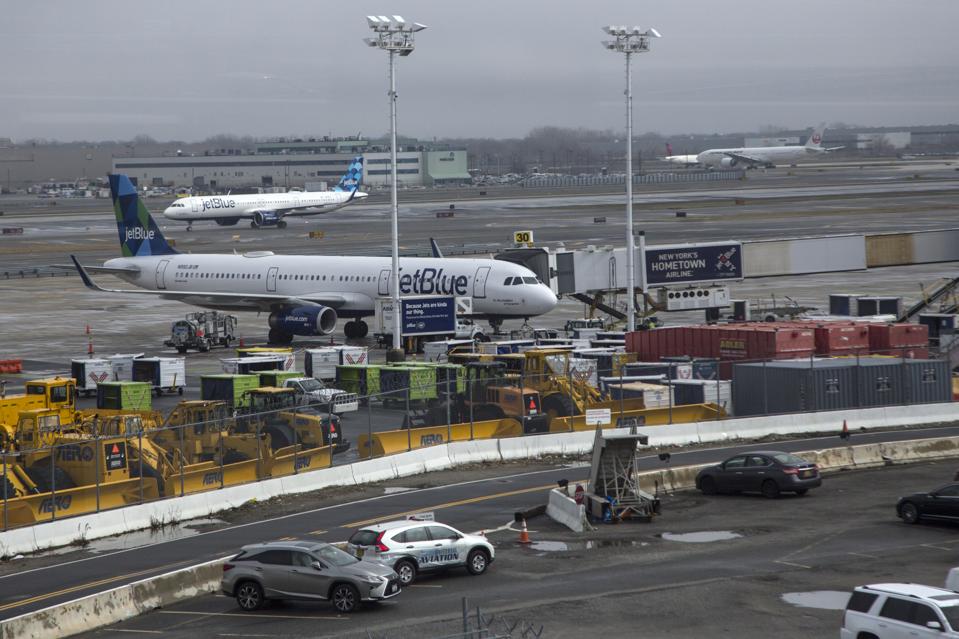 A trainee at the air traffic control center tested positive for COVID-19.

Topline: All flights to major New York City-area and Philadelphia airports were briefly halted on Saturday afternoon due to the coronavirus causing “staffing issues” at an air traffic control center in Long Island, according to a notice from the Federal Aviation Authority.

Crucial quote: “The FAA is working with local health officials and employee representatives to determine how many personnel might have interacted with the trainee in recent days,” the aviation authority said about the New York case.

Key background: Other flights around the country have been delayed or canceled as the coronavirus shuts down travel and people stay indoors. Air traffic control towers at Chicago’s Midway International Airport and Las Vegas’ McCarran International Airport were both closed after technicians tested positive for the virus.

Crucial statistic: There have been nearly 20,000 cases of the coronavirus reported in the U.S. so far.

This is a developing story. Check back here for updates.

A Coronavirus End Game That Avoids A Depression

It’s Time For Solar And Wind To Fight...