Breaking
Can You Settle Your Student Loans Or Negotiate...
How to Use Amazon Attribution For Ad Campaigns
How To Quickly Start And Scale Your Business
Terra Virtua: What NFTs Can Teach Us About...
5 Easy Steps To Prepare Content For E-A-T...
Physical Inactivity Linked To More Severe Covid-19 Infection...
The 2021 Estimated Tax Dilemma: What Tax-Return Pros...
Want To Digitally Transform Your Business? Start With...
How to Optimize Google My Business and Leverage...
Debunking Link Building Myths in 2021
How, When And Where You Can Gaze At...
SBA Opens $16.2 Billion Shuttered Venue Operators Grants...
What are the Essential Features of a Small...
Trends In Executive Recruiting That Will Help You...
The Growing Case For Banning Pesticides Linked To...
The Reopening High – But Long-Term Issues Cloud
Home Business All The Ways To Get Your Meat-Free Bacon Fix
Business

All The Ways To Get Your Meat-Free Bacon Fix 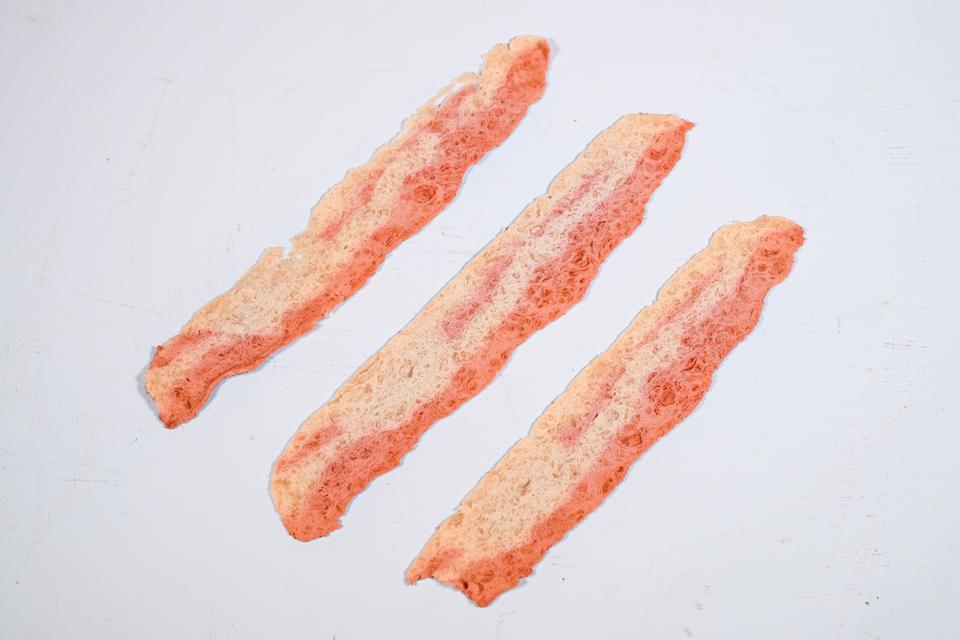 Prime Roots “bacon” made from koji

There’s a huge demand for new plant-based foods these days, primarily driven by the almost 39% of omnivores now opting to swap out meat for a plant-based alternative. But some carnivorous delights can be trickier to replace than others. Bacon, for example, relies on a “melody of molecules” to provide all sorts of different flavors simultaneously—salty, smokey and savory—in just one bite. It’s a pretty versatile meat too, you can add it to sandwiches, serve it with eggs or even infuse it into your favorite alcohol. But don’t worry, there are plenty of meat-free ways to get your bacon fix. 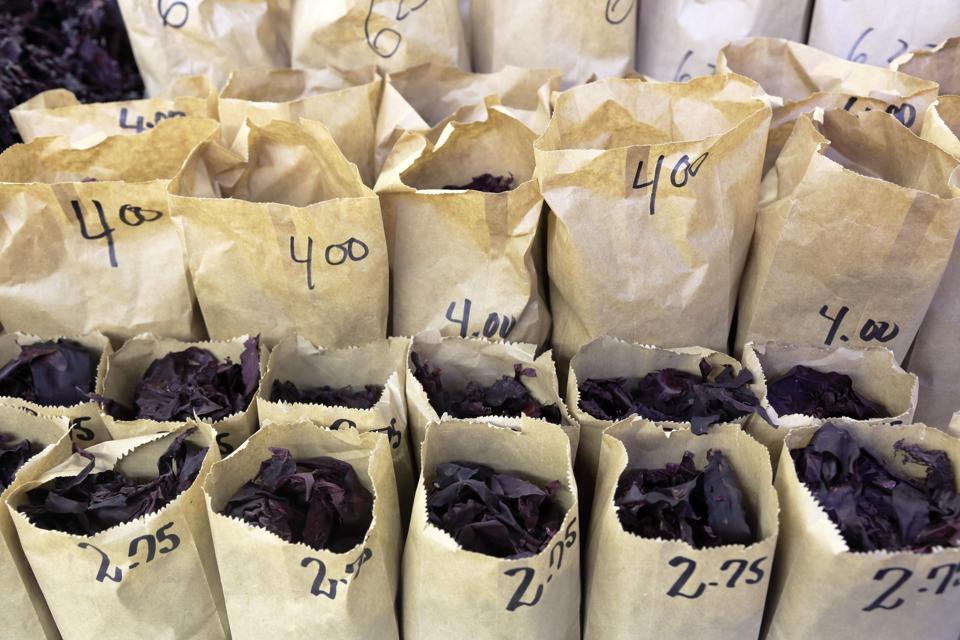 It may sound hard to imagine seaweed in place of bacon, but this edible algae comes in an incredibly wide range of varieties and flavors. Some taste mildly sweet, while others are far saltier and, one in particular, a red algae called dulse, can even kind of taste like bacon. Sure, the bacon-y flavor is probably helped along a little with added smoke flavor and a hot frying pan, but the end result is a decent approximation. Dulse grows in the Pacific Northwest and North Atlantic oceans, but it’s easiest to find in dried form if you want to buy some at the supermarket. While the dried flakes can’t take the place of a whole slice or two of bacon, sprinkled on top of a dish, they’ll definitely add some of that same smoky flavor. 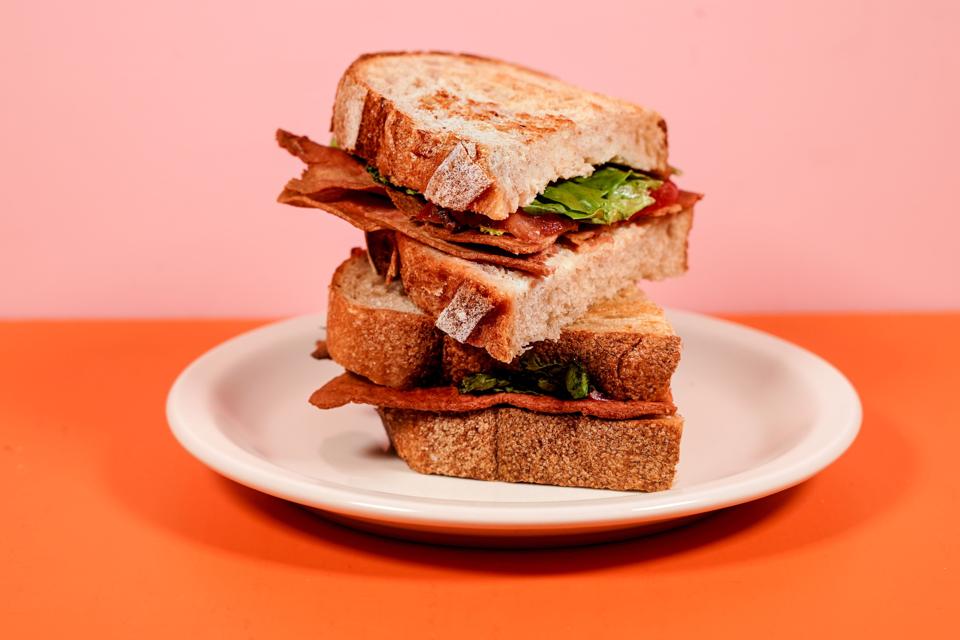 For a meat-free bacon that cooks up closer to actual bacon, try the “bacon” from Prime Roots, a plant-based start-up based in Berkeley, California. Prime Roots makes its meat-free bacon with koji, which isn’t exactly plant-based because koji isn’t actually a plant. It’s a fungus called Aspergillus oryzae, which is a mold that’s been used for centuries to make products like soy sauce, miso and sake.

Prime Roots was founded by biologists Kimberlie Le and Joshua Nixon, two graduates of U.C. Berkeley’s Alt-Meat Lab. Le, who spent eleven years working in the food industry with her family’s company (her mother is Vancouver chef Chi Le), says the company has been able to make all sorts of different proteins with koji, including fish, chicken and beef. “It tastes like umami, so it’s a great starting point,” she says.

Funded by Collaborative Ventures, the same venture capital fund backing Beyond Beef and Impossible Foods, Prime Roots has used some of that funding to move into a new 12,000 square foot facility in Berkeley. They’ll need that space to get caught up on orders. Since the Prime “bacon” became available for sale this past Valentine’s Day, the company sold out and then some. “We have a lot of bacon to make,” says Le, with a chuckle. Don’t worry. They expect to be caught up in the next few months. 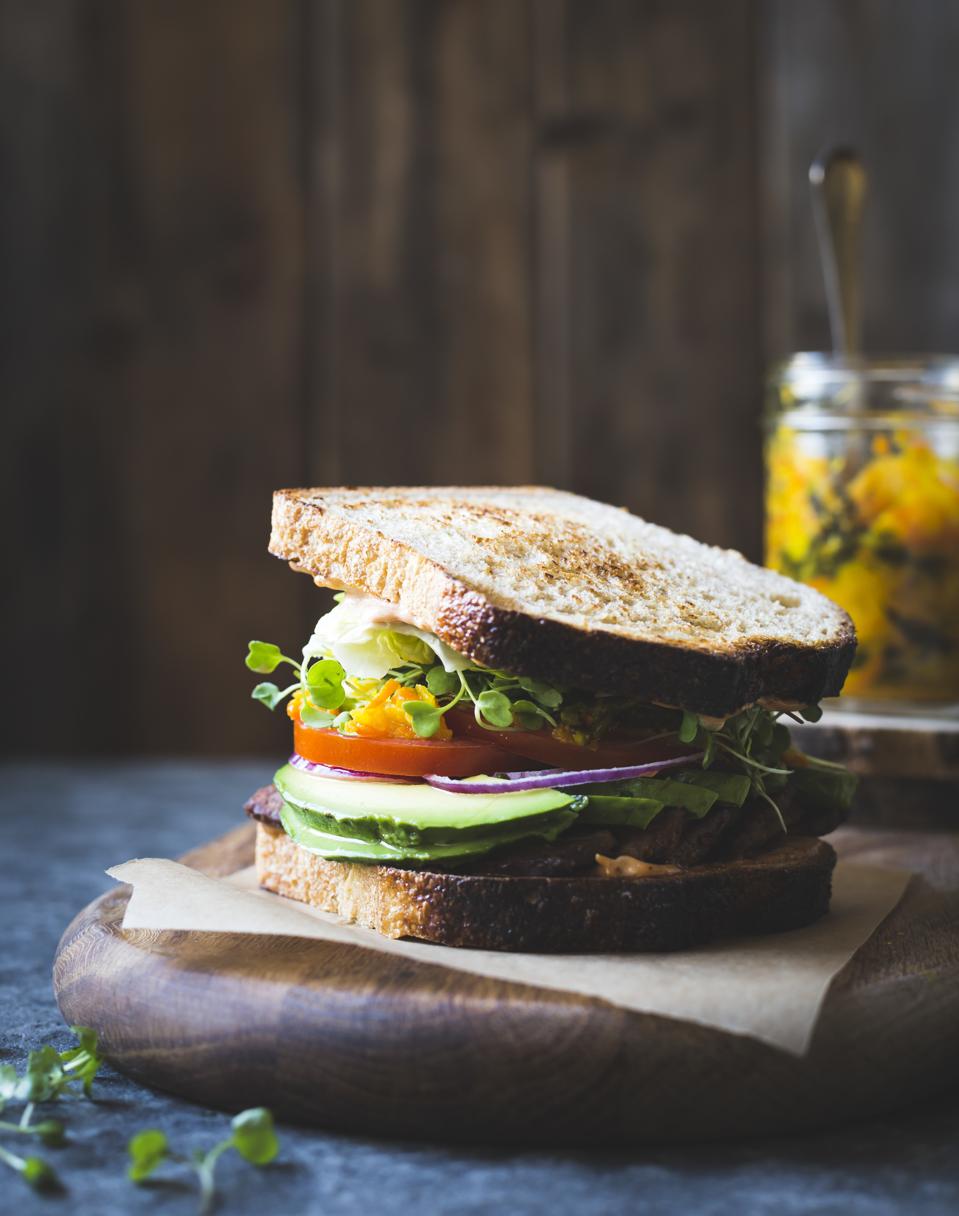 Fakin’ Bacon and other vegan classics

Meat-free bacon substitutes aren’t exactly a new invention, of course. There are a number of soy and wheat-based bacon substitutes that have been on the market for decades, including tofu slices, tempeh strips and pieces of seitan. Many of these are a fair bit leaner than traditional pork bacon but then again, for many eaters, that isn’t necessarily a bad thing. 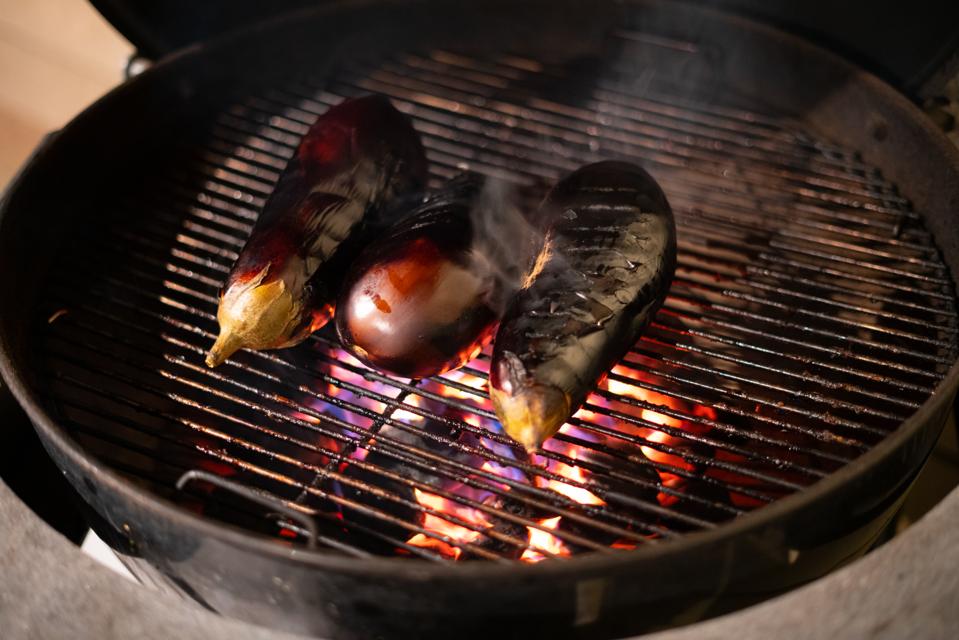 Here’s the thing about bacon: a fair bit of the flavor comes from the smoking process itself, not necessarily the pork belly. Okay okay, we can argue about just what flavors the pork belly is providing in the end, but if what you’re really craving is something smokey (and not so much the fattiness of the pork), there are all sorts of smoked versions of foods and spices on the market to satisfy that craving, including cheeses like smoked gouda and smoked mozzarella and spices like smoked paprika and smoked salt.

You can also make your own bacon substitute by brushing liquid smoke onto just about anything you can throw into the oven or onto a grill. Liquid smoke is the condensed version of the smoke itself, usually filtered to remove most of the carcinogens (that said, don’t guzzle liquid smoke, even if you want to), which you can use to make “bacon” with strips of tofu, eggplant, jackfruit or whatever else you come up with. Here’s a recipe for eggplant bacon from vegan chef Isa Chandra Moskovitz. So go ahead, fake that bacon already.

Tyson Fury Vs. Deontay Wilder 2 Results: What’s Next For ‘The Bronze Bomber?