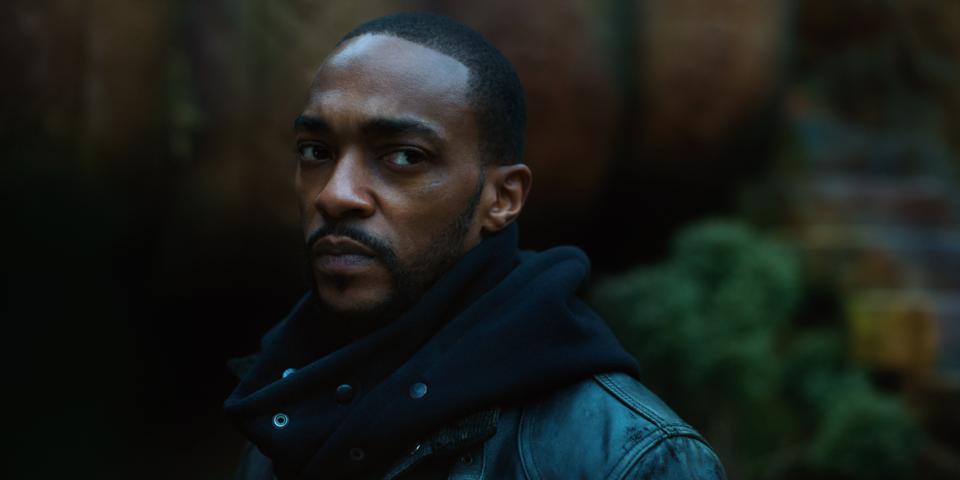 Takeshi Kovacs is back for another season of Altered Carbon on Netflix, but he’s in a new-and-improved sleeve. This time around, instead of Joel Kinnaman playing the lead role in Netflix’s dystopian sci-fi it’s Anthony Mackie, who audiences know best from the Captain America movies where he played Falcon.

Neither Kinnaman nor Mackie inhabit the true “sleeve” of Takeshi Kovacs, the “Last Envoy”—an ex-revolutionary who’s lived for hundreds of years and explored countless planets and systems across the galaxy. The original Kovacs is played by Will Yun Lee, and we see him—albeit in a very different manner—in both seasons of Altered Carbon.

Kovacs is on a new planet, in a new sleeve, facing a new foe in Season 2, but he still has the same basic problems: Everybody is trying to kill him all the time. He just happens to be very good at staying alive. 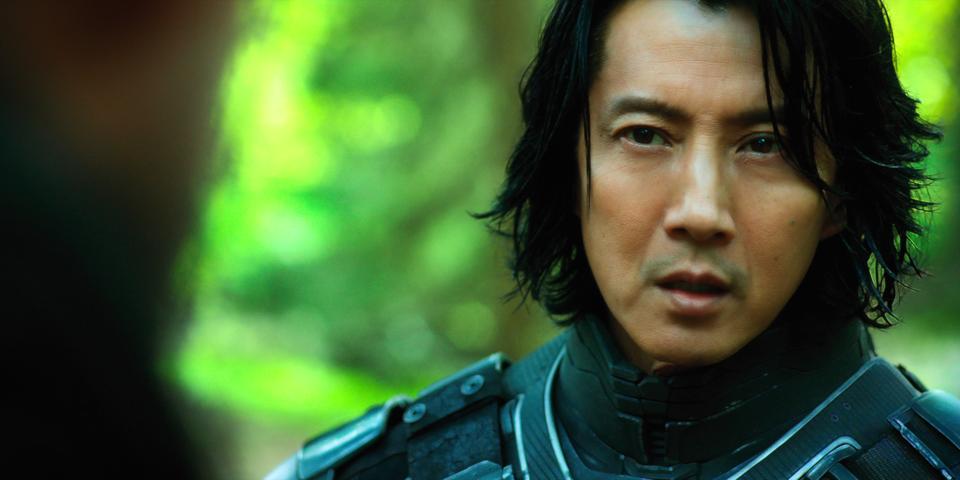 Will Yun Lee as Takeshi Kovacs

In Season 1, Lee’s Kovacs was training and falling in love with Quellcrest Falconer (Renée Elise Goldsberry), a revolutionary leader and the inventor of “stacks”—the magical technology that allows humans to live forever, though perhaps immortality isn’t all it’s cut out to be. This all takes place hundreds of years before the events in the “present” timeline where Kinnaman’s Kovacs is involved in the murder mystery of a “meth” (short for Methuselah, the ancient biblical figure). Meths are so wealthy they can essentially live forever in cloned sleeves of themselves, never having to “re-sleeve” into some other body.

Falconer’s revolution is aimed at the Protectorate, a dystopian future government, but even more so against stacks themselves and what they’ve done to humanity. She believes that her creation has been a curse rather than a blessing.

But Falconer and Kovacs are separated in this past timeline, tragically, and Kovacs spends the next few centuries trying to track her down. Season 2 sees Kovacs returning to the world where he and Falconer once trained together: Harlan’s World, the source of the material used to create stacks and the home of a long-dead alien race referred to as Elders.

Kovacs returns at the request of another meth who is worried that his life is in danger and is given a military grade sleeve with all kinds of special perks that I won’t spoil here. This is how Kovacs gets into Anthony Mackie’s muscular sleeve. Whereas Kinnaman’s sleeve was from a cop and pretty much normal, Mackie’s sleeve is special ops, top-of-the-line and far more deadly. There are some very good fight scenes in Altered Carbon’s second season, partly because Kovacs isn’t the only one housed in a special sleeve. 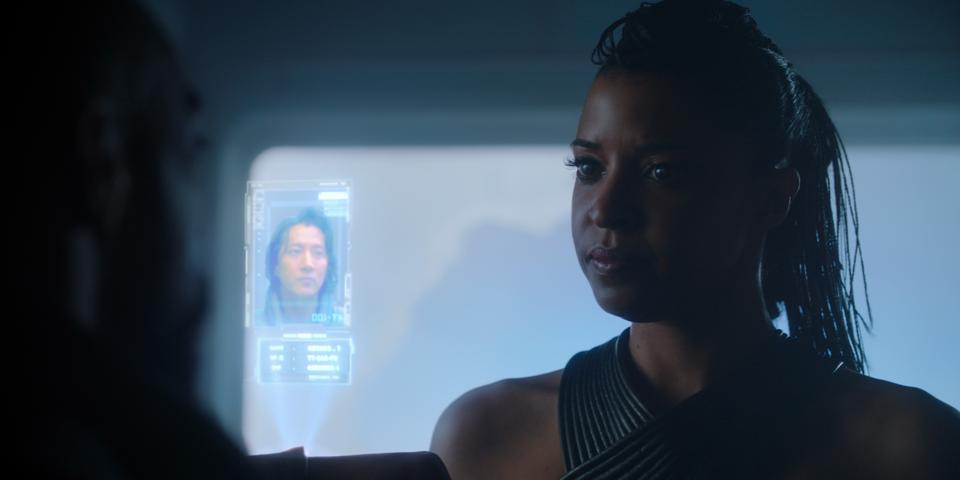 Season 2 is all about Kovacs tracking down Falconer on Harlan’s World where she has apparently resurfaced after all these centuries. It’s also about the politics of Harlan’s World and the cabal of meths who control it. There’s a tense peace between the governor, Danica Harlan (Lela Loren) and the Protectorate and a simmering civil war between the world’s government and a group of Falconer revolutionaries.

The Protectorate’s representative in all of this is a special ops commander, Colonel Ivan Carrera (Torben Liebrecht), a darkly charismatic man and a true believer in the Protectorate’s mission.

So we have politics and mystery, an ancient alien species with its own fascinating mysteries, and plenty of new faces, including bounty hunter Trepp (Simone Missick) and AI Dig 301 (Dina Shihabi). Familiar characters return as well, though not as many as you might like. Thankfully, Poe (Chris Conner) plays perhaps an even more vital role this time around. Certainly his character will tug at your heartstrings even more this time around somehow. 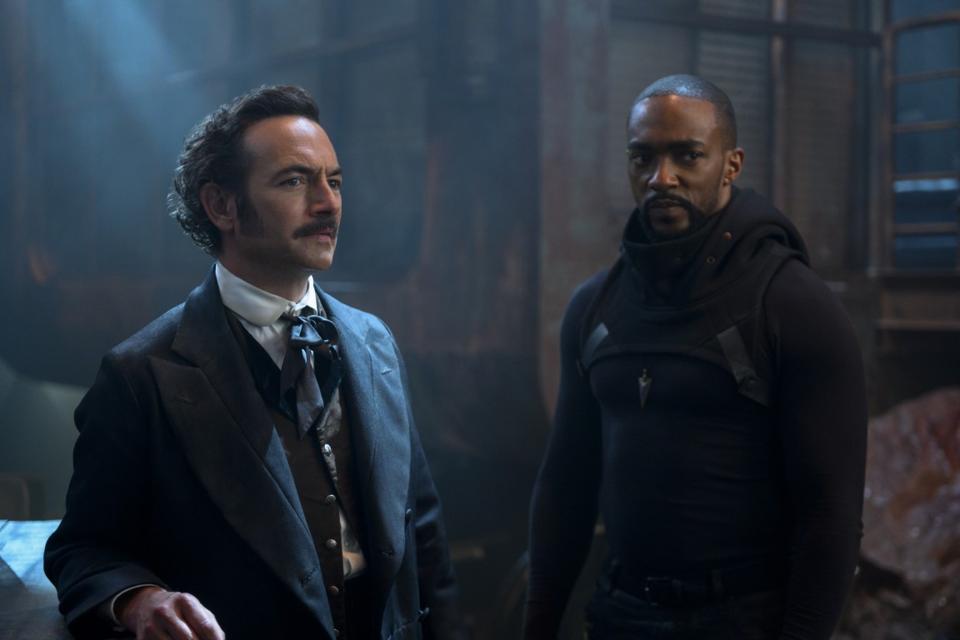 Saying much more about the story would stumble into the realm of spoilers and I have no interest in doing that. This is a show that should be watched and enjoyed before you read any recaps or spoilery reviews. I’ll keep this review short and sweet rather than lambaste you with details. I’ll give you some vague impressions instead.

Season 2 of Altered Carbon is very good but it’s not as good as Season 1. I don’t mean that in a bad way. This isn’t a show that’s fallen on hard times or gone down the wrong path or lost its edge or quality. Far from it. The story is intriguing and original and not a rehash of what came before it in Season 1. The production value and original score, the costumes, cinematography, special effects and direction are all incredible. It’s an excellent season of sci-fi television.

Maybe that’s because I was learning about this universe for the first time. I still have to read the books and plan to before Season 3 comes out. I’ve wanted to remain a little ignorant so that I didn’t find myself making too many comparisons, but I think it’s time to dive in at this point. 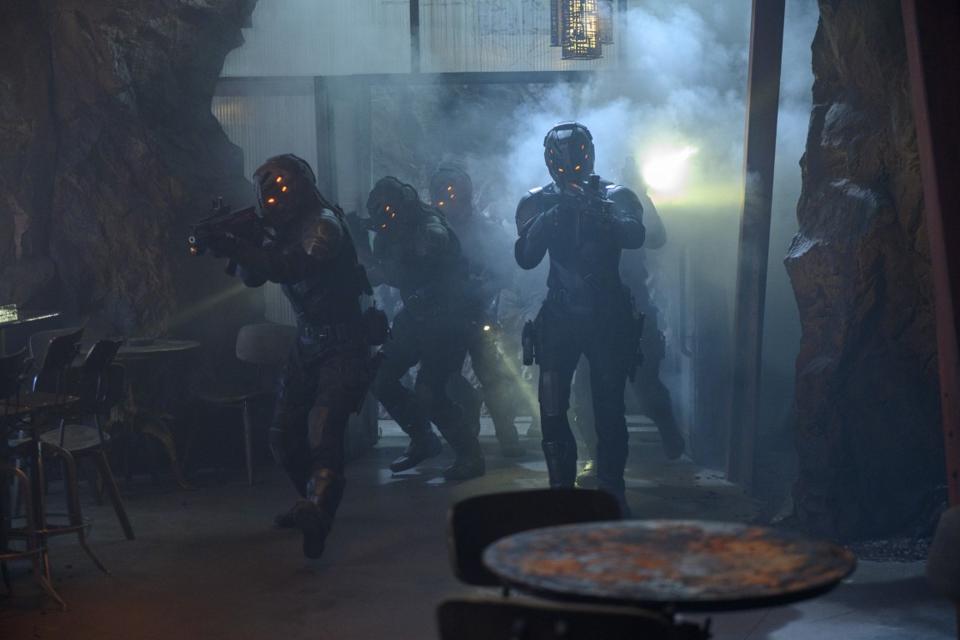 Anthony Mackie is terrific as Takeshi Kovacs. So is Will Yun Lee (again). The new and old cast members are all brilliant. I have no complaints. It’s an exciting season of eight episodes (instead of ten) that delves deeper into the concepts introduced in the first season.

What does immortality mean? What price do we pay for something as unnatural as eternal life? And do we, as a society, become any better for it or do inequality and avarice simply have more room to grow? This future, dreamed up by author Richard K. Morgan, is not a pretty one despite the promise of eternal life. People are still horrible. We certainly learned in Season 1 that people can be monsters even when they have everything they could ever possibly want.

But I think Season 1 worked better over all. The mystery was more compelling. The two timelines—the past timeline at Stronghold and the present timeline in Bay City—kept things a little more interesting. And we were being introduced to so many concepts and narratives, it was a little overwhelming at times but it was also kind of extraordinary. Season 1 was filled with shocking violence and enough twists and turns to keep us on our toes from start to finish.

Season 2 has echoes of that but it’s never quite as powerful, except when it comes to Poe’s character who, as a broken AI, is perhaps the most emotionally poignant piece of Altered Carbon’s sophomore effort. He steals the show. 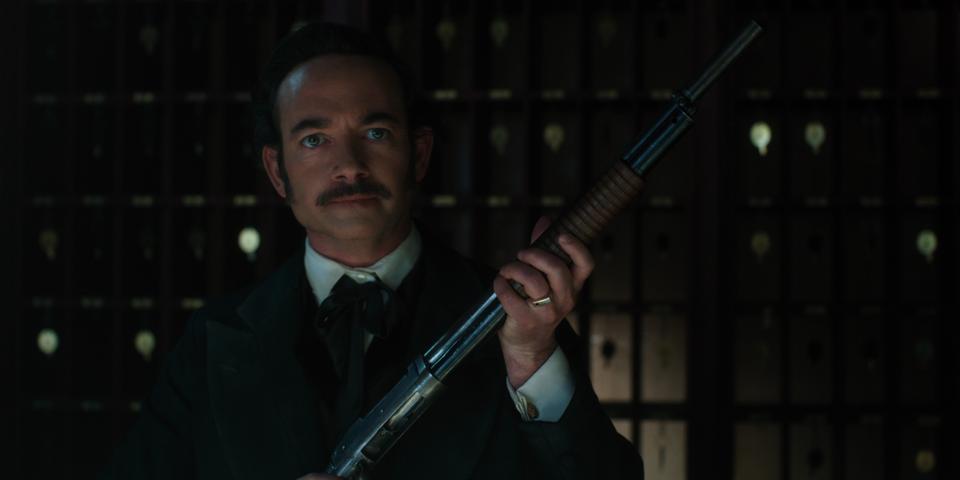 Give me all the Poe

Again, this isn’t to say that Season 2 is in any way bad. It’s a little more compact. It gets a little deeper into the history of stacks. Harlan’s World is a great setting, though perhaps not quite distinct enough (at least in its urban areas) from Bay City. Perhaps, more than anything, Season 2 simply exists in the shadow of Season 1. It’s a tough act to follow.

Thankfully this isn’t a case where the first season is so good there’s just no point in following up with a second. This isn’t True Detective Season 1 vs Season 2. It’s another complete story in the Altered Carbon universe and it’s very, very good.

But Season 1 was better.

I’ll have more to say about Altered Carbon’s second season when it releases on February 27th. I’m still not sure if I’m going to do recaps as Netflix’s “dump everything on viewers at once” release strategy just isn’t conducive to episodic reviews, but we’ll see. There’s definitely more to talk about once spoilers are no longer verboten. 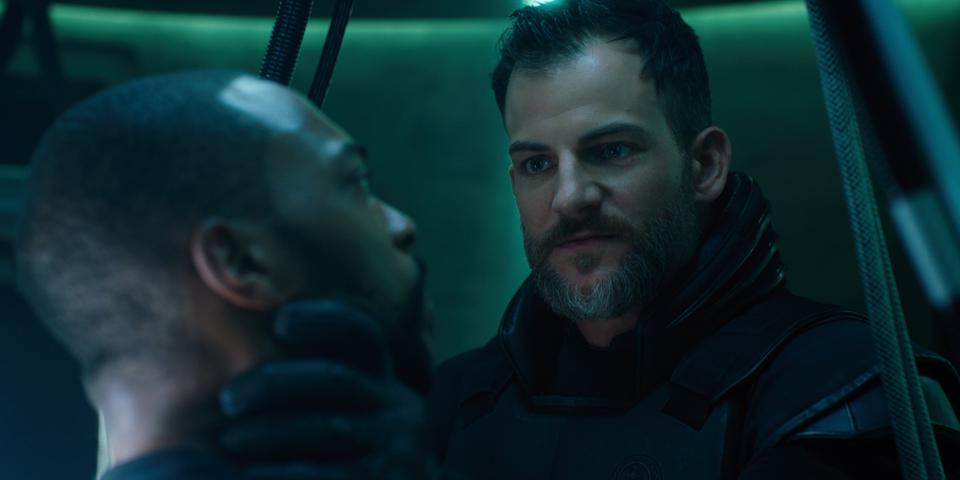 Definitely watch Season 2. Don’t let me chase you away by saying Season 1 was better. This season is less horrifying, less gruesome and in some ways a little less bombastic, but it’s also maybe a little more nuanced or less melodramtic, if you will. Watch it and let me know what you think on Twitter or Facebook.

And if you haven’t watched Season 1, well, don’t be ridiculous. Go binge, dear readers. Binge like there’s no tomorrow, rather than a future where we can all live forever so long as nobody shoots us in the neck.

Score: Fresh As A Military-Grade Sleeve With Canine DNA

P.S. When Season 1 came out critics really didn’t like it but they were really, really, deeply and preposterously wrong. Bafflingly wrong. I wrote about it. We’ll see if the reception is any different this time around.

Flaremageddon: How Satellite Mega-Constellations Could Create A New Natural Disaster

Tapping Into Tourism- With An Ethical Slant

Why Juventus Are In Safe Hands As Wojciech...

The Family Soap Company That’s Cleaning Up In...

How TikTok Influenced Music Discovery In 2019