Around 70 new films and TV shows are coming to Amazon Prime Video in February – including a couple of Academy Award hopefuls, and a pair of high-profile, big-name new Amazon Originals.

These two big new Amazon Originals are Hunters and Honey Boy. The former is executive produced by horror maestro Jordan Peele and stars Al Pacino as the leader of a group of Nazi hunters in the 1970s trying to track down hundreds of ex-Nazis in the US before they can establish a new Fourth Reich. Hunters will be available in 4K and HDR from February 21.

Honey Boy is written by and stars Shia LaBeouf, and traces the life of a child actor as he goes from the highs of early success into a downward self-destructive spiral. As you might expect from that synopsis, Honey Boy is based on LaBeouf’s own life, with the actor taking on the role of the his own father. The movie will be available for streaming on February 7 on the back of rave reviews from its previous limited theatrical release. 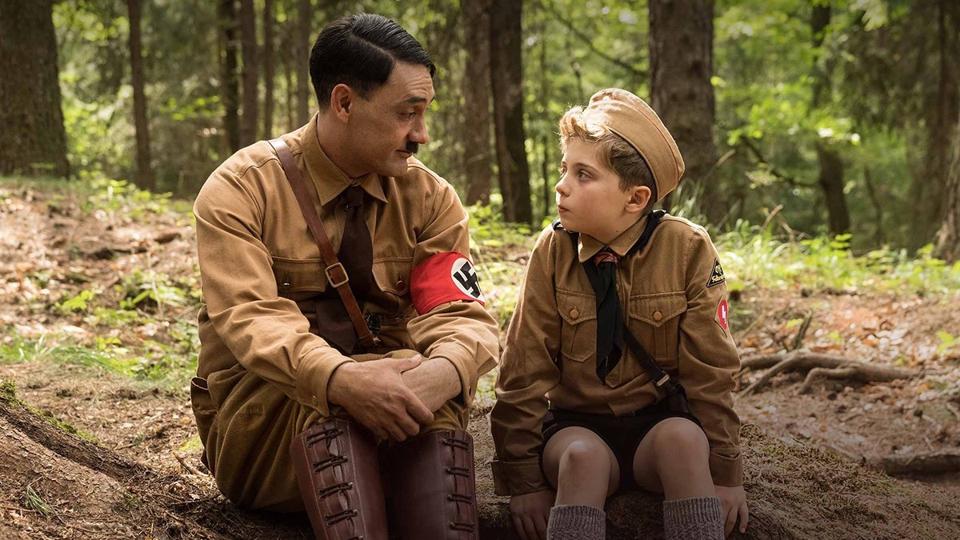 Jojo Rabbit is just your average tale of a young German boy during the war whose invisible friend … [+] happens to be Adolph Hitler. Available to buy on Amazon Prime from February 4, or rent from February 18.

One other high profile new Amazon Original show is the fifth season of Emmy Award-winning sports documentary series All Or Nothing. This time the show goes behind the scenes at The Philadelphia Eagles American Football franchise. This one streams from February 7, but there’s no word in Amazon’s early information on whether this will be available in 4K or HDR. Past experience suggests we should at least hope for 4K, though.

Turning to Amazon Prime Video additions that haven’t come from Amazon’s own studios, two Academy Award nominated films and one Golden Globe winner immediately stand out. The Farewell, which streams from February 12, saw Awkwafina win the Golden Globe for best actress in a musical or comedy for her part in this based-on-reality tale of a family who visit their terminally ill grandmother for one last time while trying not to let her know that she’s dying. 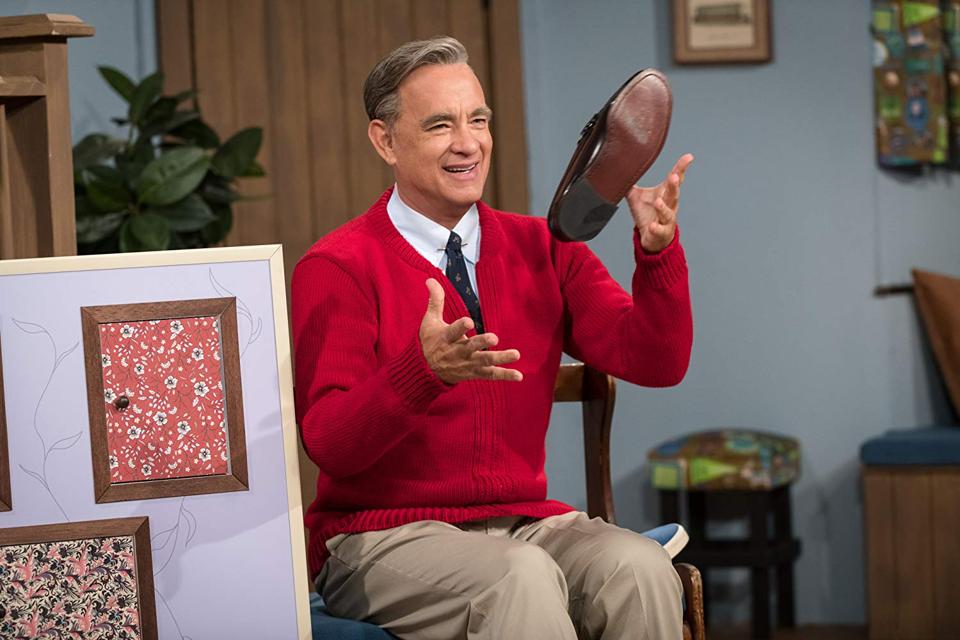 Tom Hanks is Oscar nominated for his turn in A Beautiful Day In The Neighbourhood. Available to buy … [+] on Amazon Prime from Feb 4, or rent from Feb 18.

Photo: A Beautiful Day In The Neighborhood, Tristar Pictures

Another recent release finding its way on to Amazon but which hasn’t captured the interest of The Academy is Midway. Roland Emmerich’s film about the pivotal WWII clash between the American fleet and Imperial Japanese Navy also becomes available to purchase on February 4 or rent from February 18.

Scouring the list of older movies joining Amazon Prime Video in February throws up a few more highlights. Bridget Jones’s Diary, for instance, may have dated a bit since its 2001 release, but its tale of a slightly neurotic 30-something woman looking for love is still more funny and poignant than it really has any right to be.

In a similar vein, 2012’s Magic Mike turns out to have much more depth than you’d think possible from a film containing so many exposed abs. Both these pleasant surprises are available free within your Amazon Prime subscription from February 1.

Warren Beatty’s Dick Tracy isn’t particularly special as a film, but its unusual visual style makes it worth a look if you haven’t seen it before. And it did actually manage to garner seven Academy Award nominations and three wins when it was released back in 1990. This one is again available from February 1. 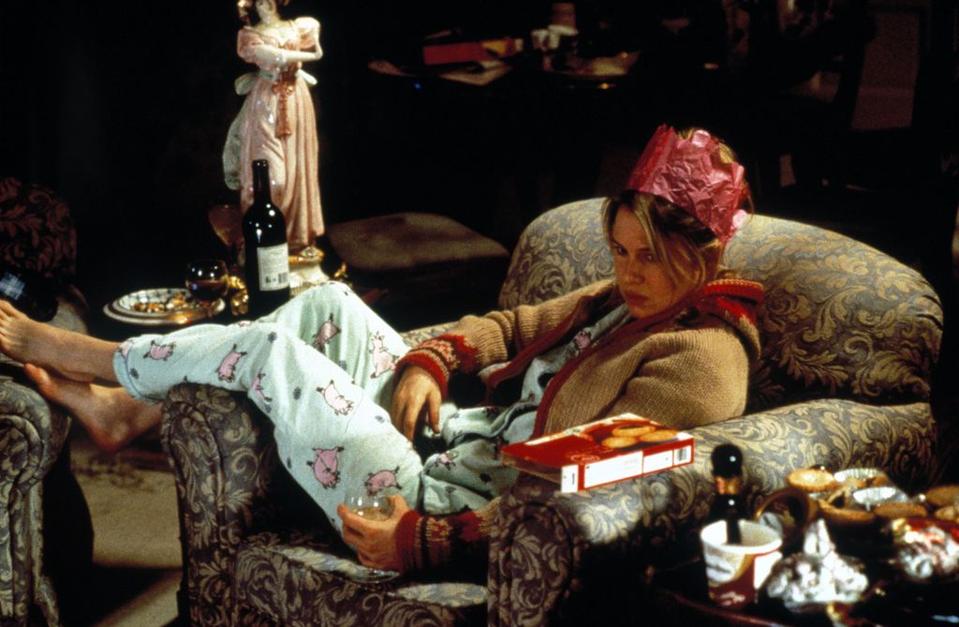 If cult ‘could only have been made in the 1980s’ sci-fi musical comedy is more your cup of tea, then brace yourself for Earth Girls Are Easy (arriving Feb 1). Julien Temple’s film is an acquired taste, but its tale of a frustrated housewife whose life changes when three hairy aliens crash into her swimming pool always puts a smile on my face for nostalgic reasons I don’t entirely understand.

More conventional romance – sort of – comes in the form of 1990’s Ghost, starting Patrick Swayze, Demi Moore and a phallic lump of clay. This classic Hollywood weepie works despite all the many reasons why it shouldn’t – and it’s great to be reminded of Swayze’s charm in a relatively sophisticated role.

Tears are even more guaranteed with Alfonso Cuaron’s beautiful 1995 adaptation of Frances Hodgson Burnett’s A Little Princess. This WW1-set tale of a rich girl sent to a strict boarding school only to be forced into poverty and servitude when her father dies gets more powerful every time you watch it. So even if you’ve seen it before, try it again!

Both Ghost and A Little Princess arrive free within an Amazon Prime subscription from February 1. 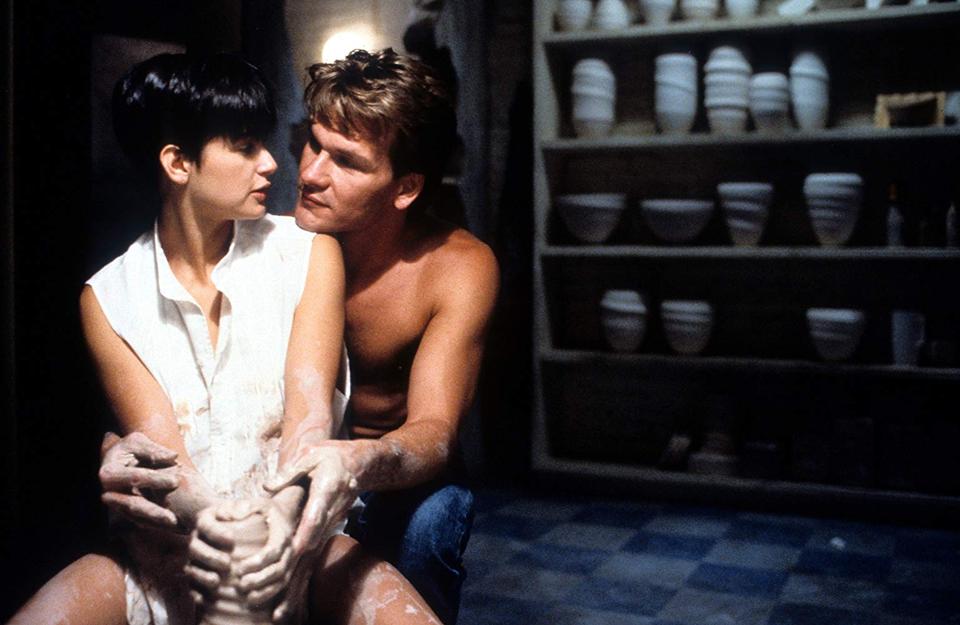 Oo-er missus. Ghost is available free within an Amazon Prime subscription from Feb 1.

Also well worth adding to your watch list if you haven’t seen them before are innovative horror flick The Cabin In The Woods (2012), mixed martial arts drama Warrior (featuring a career-making turn by Tom Hardy), and JJ Abrams’ slick if ultimately over-referential monster movie, Super 8. These arrive on February 3, February 5 and February 18 respectively.

Available for Streaming within a Prime Video Subscription 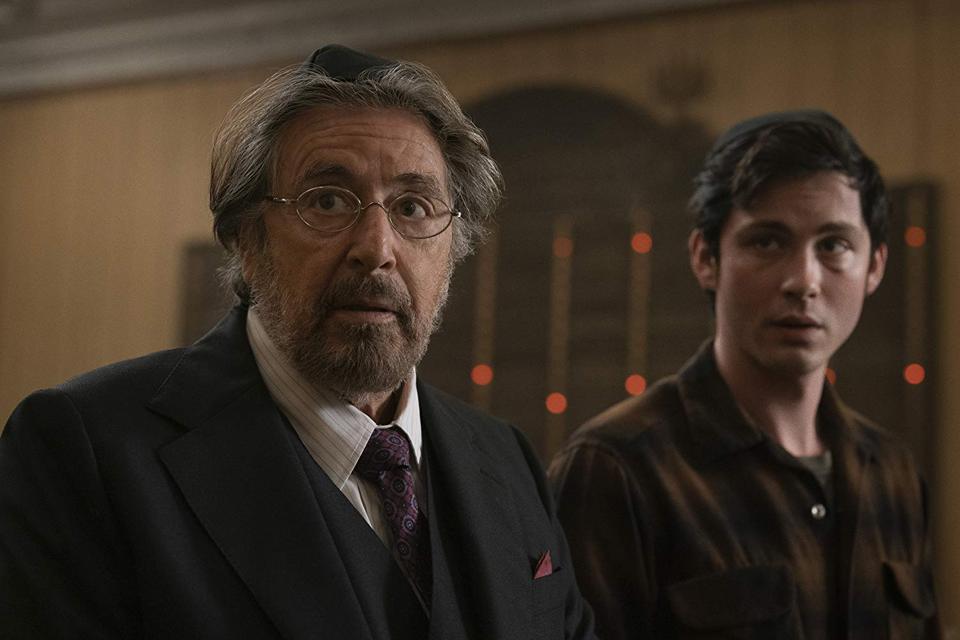 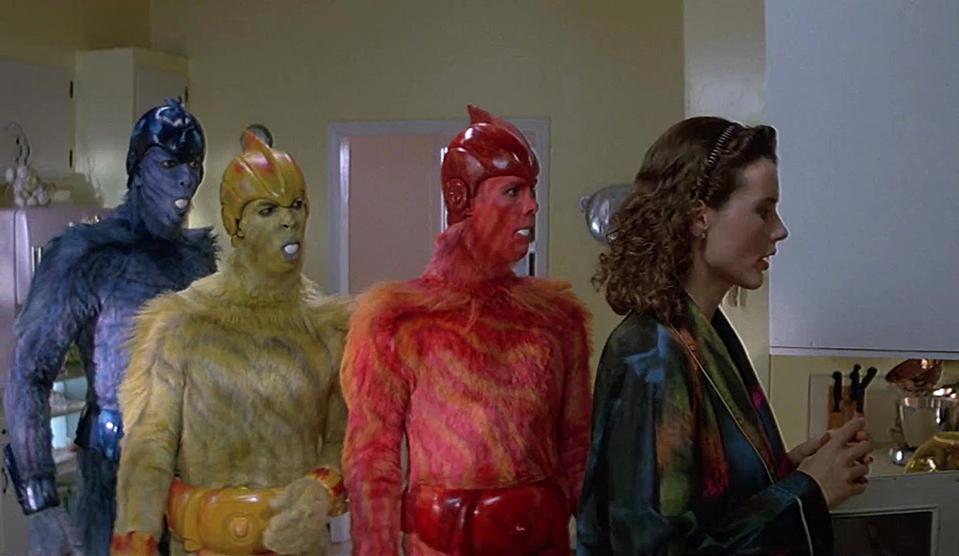 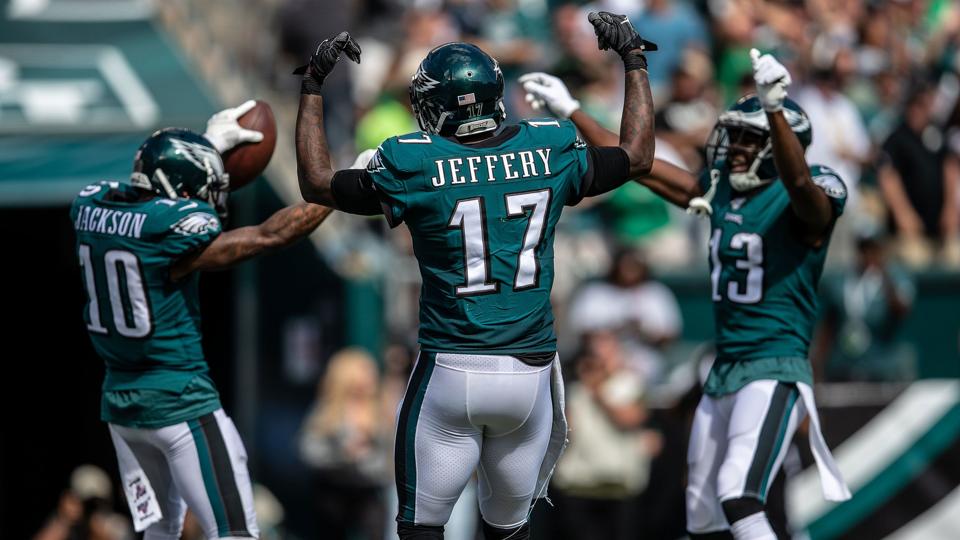 The Philadelphia Eagles are the focus of Amazon’s latest All Or Nothing season.

*All or Nothing: The Philadelphia Eagles – Amazon Original series 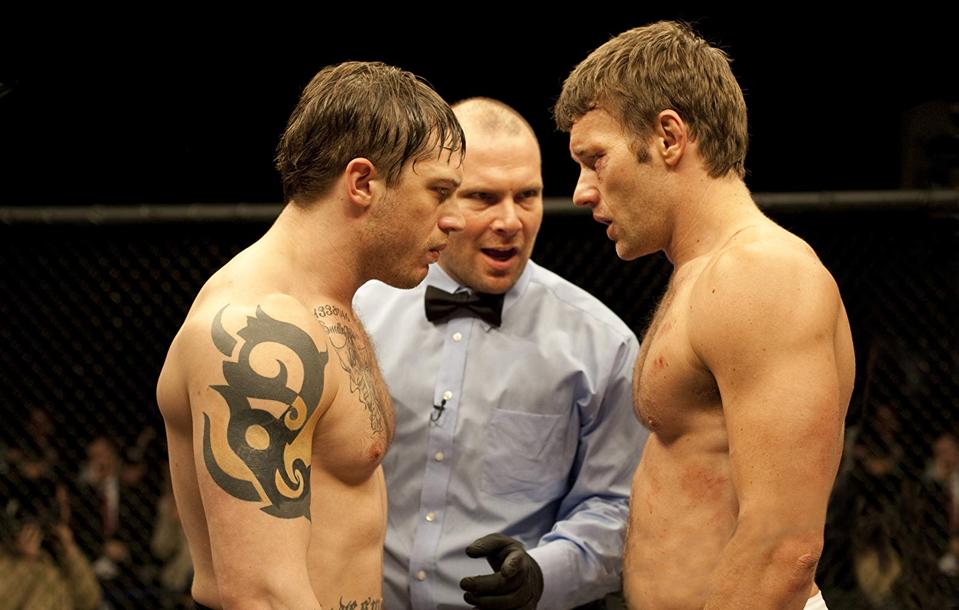 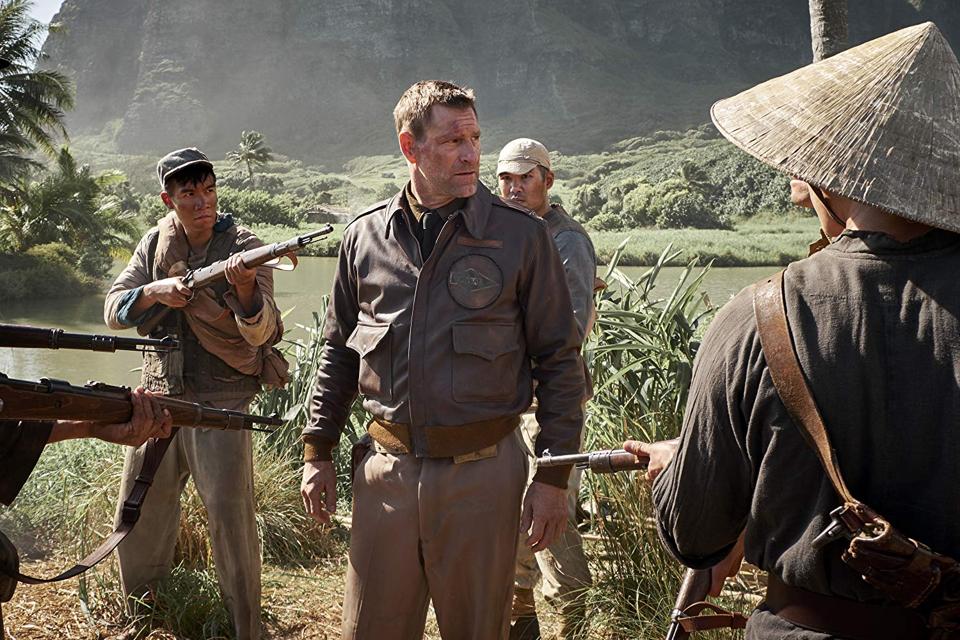 Roland Emmerich’s Midway is available to buy or rent on Amazon Prime Video from February 4 and … [+] February 18 respectively.

Available for Purchase or Rent on Prime Video

A Beautiful Day in the Neighborhood (2019)