Breaking
OpenSooq, The Best Website to Buy Used Cars...
Hot Tips to Reduce MacBook Pro Fan Noise
How to Make the Most Out of Your...
7 Examples Of Using AI For SEO
Why you Should Always Try the Demo Slots...
How to Launch a New Restaurant Business
Start the Year Debt Free
How to clear a browser cache on a...
Which are the best software providers of slots...
How Investing Can Help You Save For Retirement
Top progressive betting strategies for slot machines
Key Software Tests to Conduct Before Product Launch
Why so many people play slots online in...
Why businesses should prioritise Cyber Security
What You And Your RTO Business Need To...
4 SEO Trends for Websites You Should Not...
Home Business America’s Consumer Credit Reporting System Desperately Needs Reform
Business 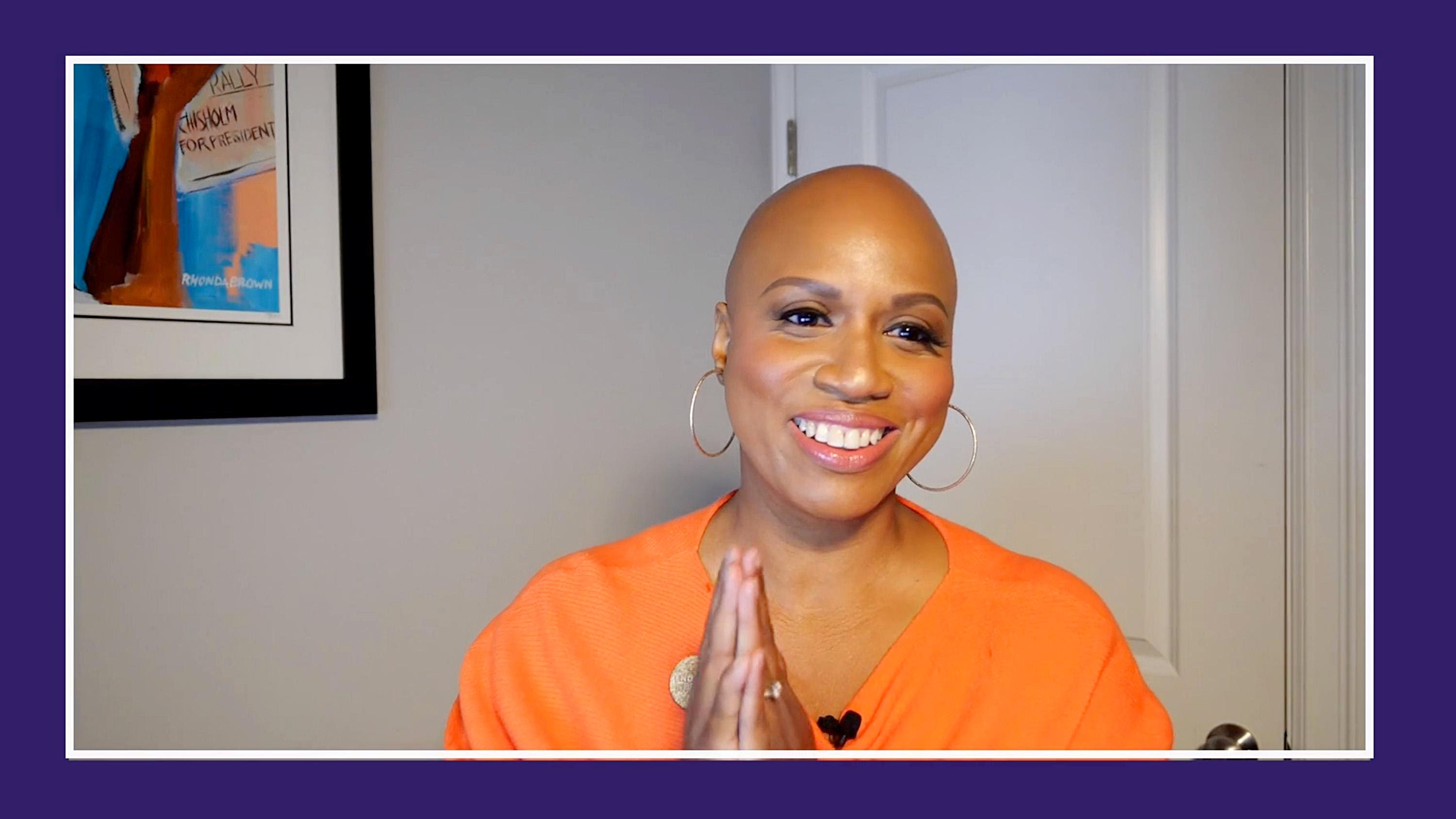 For decades, numerous academics, consumer advocates, and legislators have pointed out the importance of consumer credit scores on individuals’ ability not only to obtain credit, but also on housing and loan affordability. Due to significant lack of financial literacy education in this country, many consumers often do not understand fully how their credit scores can help and hurt them. In addition, however, the fact that three credit reporting companies are practically an unregulated and unsupervised oligopoly has led to a system that has had a destructive impact on millions of Americans and which is in dire need of reform for the good of all out country.

“The very metrics we use to determine qualification to determine credit-worthiness are inherently unjust, if not incorrect. In this country our credit reports are our reputation, determining where we can live, where we can work, and how much it will cost us to finance everything from a car to our college degree,” said Congresswoman Ayanna Pressley, the keynote speaker this week at the Consumer Federation of America’s Virtual Financial Services “Our credit reporting system is fundamentally flawed, rife with inequities that stifle the upward mobility of millions of hard working Americans. In fact, it is estimated that one in five Americans has an error on their credit report which can lead to less favorable loan terms, higher   interest rates or the denial of credit all together. But for too long credit reporting agencies have kept consumers in the dark and made it difficult to correct errors that do come to light.” Conference Congresswoman Pressley, introduced H.R. 3621, the Comprehensive Credit Reporting Enhancement, Disclosure, Innovation, and Transparency Act of 2020 (“Comprehensive CREDIT Act”) which passed this January and is now before the Senate; the bill is supported by over 80 consumer advocates, including the Consumer Federation of America.

I can certainly attest to many of Congresswoman’s Pressley’s comments. For decades, I personally have repeatedly experienced finding errors and fake debt, apparently referred to as debt parking, in my credit report and having to expend significant time and energy battling poor customer service at Equifax EFX , Experian, and Transunion TRU . I check my report every year, and I am fortunate to have the wherewithal to know my rights and to prevail. Does everybody?

A major challenge with the consumer credit reporting agencies, Experian, Equifax, and Transunion, was well summed up by conference panelist and Attorney Chi Chi Wu of the National Consumer Law Center. They are “publicly traded companies and their allegiance is to shareholders” not to consumers. “A broken hub is a mild way to describe the credit reporting system… one in five have inaccuracies, while one in twenty reports have an error that would cost consumers more or result in denial of credit,” went on to explain.

Whether due to a credit reporting error or an actual debt problem, unfortunately, there is often a bias against people who have a low credit score. Panelist Frederick Wherry, Professor of Sociology at Princeton University, explained that the attitude is often “they must have done something…Yes, they were born Black and Latinx and they might end up being the safety net for their relatives, and we do not take this into account.” Wherry went on to say that people of color “decided to build a nest egg, buying a home. If you are Black, you pay more due to your score. If you are buying a home in a Black neighborhood, appraisers will appraise home at lower level.” Wherry referenced a report by Andre Perry, Jonathan Rothwell, and David Harshbarger of the Brookings Institution that found that “ owner-occupied homes in black neighborhoods are undervalued by $48,000 per home on average, amounting to $156 billion in cumulative losses.”

Panelist Amy Traub, Associate Director Policy and Research at Demos emphasized how detrimental it is that credit information is controlled by three largely unaccountable companies. “They collect our data without our permission. They profit from our data. They fail to invest in processes to verify accuracy. And their models are not transparent. This puts Black and Brown consumers at a serious disadvantage.”

FinRegLab Deputy Director Kelly Cochran explained a very important point. “20% of adults do not have data that ends up in credit scoring models.” Models are usually built with historical data, so if you do not have data, you cannot be scored, which has a huge impact on your ability to obtain credit, and sometimes even a job or to be able to rent an apartment. “Younger consumers or others may not show up at all. A broad group of academics and others have been looking for ways to solve this.” Cochran stated that rental and utilities payment data would be useful to learn more about consumers’ payment history. “Cashflow data is much more available than what’s in the credit system right now. 96% of households have a prepaid card or bank account right now and this data shows recurring payments of all types as well as income and reserves…in real time.” This could be a significant improvement of how credit scoring agencies currently operate; credit information relies on historical and batch information.

I concur with Congresswoman Pressley and the conference panelists; a solution is desperately needed. Consumer credit reporting should be treated as essential public infrastructure. As Traub explained, credit reporting “is a gatekeeper for credit, transportation, and jobs, “ and yet “it is a public function in private hands.” Her recommendation is that a public registry should be created, which would gradually replace the for-profit corporate system that currently exists. She recommends that this public registry be housed in the Consumer Financial Protection Bureau and that it be responsive to consumers not corporations. Moreover, a major objective of this public registry would be to minimize racial disparities. By improving credit reporting problems, you could indeed reduce racial disparities in the access to credit, apartment rentals, and even jobs. In ‘Establish a Public Registry,’ a report authored by Traub, she specifically recommends that “Congress should establish a publicly run credit registry, housed in the Consumer Financial Protection Bureau, that would gradually replace the for-profit corporate system. The public credit registry would be responsive to consumer needs and equity concerns rather than the corporate bottom line. A public credit registry would develop algorithms that diminish the impact of past discrimination, deliver transparent credit scoring, provide greater data security and offer a publicly accountable way to resolve disputes. The public registry would also restrict the use of personal credit information for non-credit purposes, for example prohibiting employment credit checks.”

Negative information on consumers stays on their records for at least seven years. This hurts not only them, but the economy at large. When these individuals cannot get a job or credit, they can often become taxpayers’ responsibility. Significantly improved consumer reporting would be not only good for those who have poor scores or who have been denied credit. If the public registry proves to have high quality, reliable data, this would help lenders, including banks extend more credit. In addition, quality data about borrowers’ riskiness, would enable them to lower their risk weights for capital purposes, which in turn could help banks with good risk management and controls to lend more.

No doubt that Congresswoman Pressley and consumer advocates will press passionately during the Biden-Harris administration to repair the largely broken consumer credit reporting system that we have in America today. And I certainly applaud their efforts.