An Infant In Illinois May Have Died From The Coronavirus 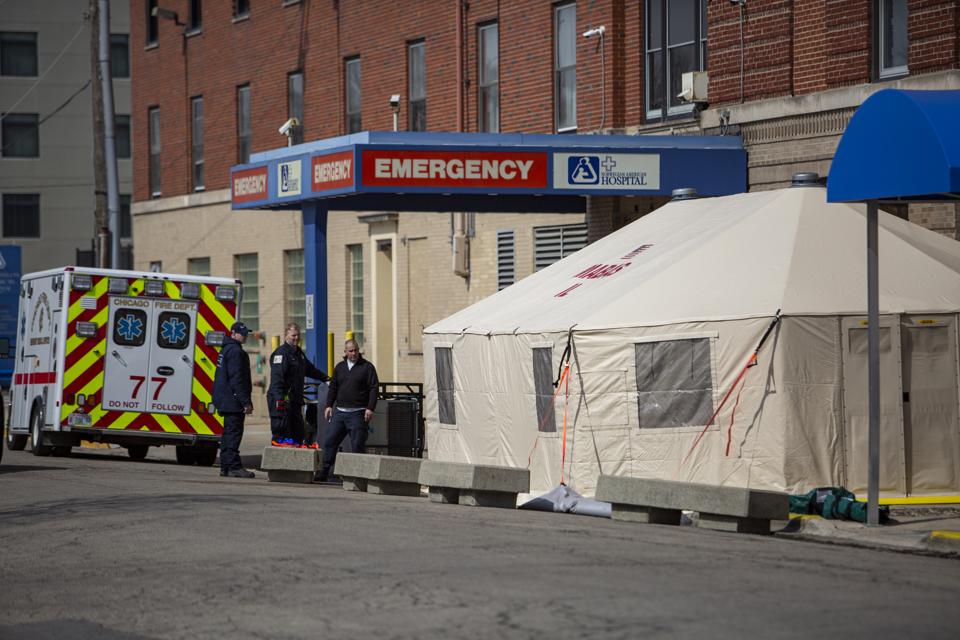 A COVID-19 testing tent is set up outside of Norwegian American Hospital in Humboldt Park on … [+] Chicago’s west side, on March 24, 2020 in Chicago, United States. (Photo by Jim Vondruska/NurPhoto via Getty Images)

Topline: The Illinois Department of Public Health (IDPH) announced Saturday that an infant that tested positive for the COVID-19 coronavirus had died, possibly the youngest death in the United States due to the ongoing outbreak.

Key Background: Illinois has the eighth-highest confirmed cases of the coronavirus with 3,491, according to Johns Hopkins University. There are 119,748 total cases in the U.S. Billionaire Illinois Governor J.B. Pritzker announced a stay-at-home executive order on March 20, closing all non-essential businesses and ordering residents to stay indoors. Three days prior on March 17, the state went ahead with its presidential primary, which saw lean turnouts, especially in Chicago where polling locations changed last minute or even closed due to staff shortages. Vice President Joe Biden defeated Vermont Senator Bernie Sanders, I-Vt., to take the state.

Handicapping The Future Of Financial Markets

Clearview AI, The Company Whose Database Has Amassed...

Review: ‘Saints Row The Third Remastered’ Is A...