The Federal government recently put a halt to its payments to the World Health Organization. But how is it possible for the U.S. to withhold funds for the WHO during the greatest pandemic in a century? One reason, perhaps, might be that our government leaders and much of the American public don’t know much about what WHO is and does.

When in 1945 the United Nations was being created following WWII, the delegates in San Francisco were not keen on establishing a global health organization —- until a cholera epidemic in Egypt took the lives of 20,000 people and threatened other countries. This spurred the creation of the World Health Organization in 1948 as a specialized intergovernmental agency of the U.N., with its own budget and governance. 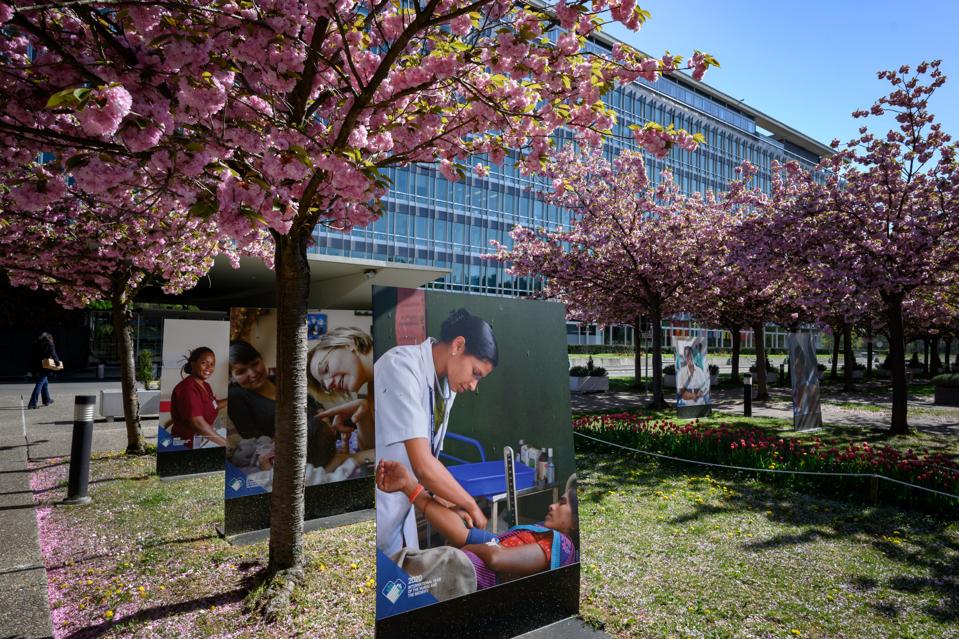 The World Health Organization may be headquartered in Geneva, but it does work in nearly every … [+] country on Earth.

How is the WHO organized?

WHO’s formal governing body, the World Health Assembly, consists of the Ministers of Health of all 194 member states, each reflecting their national interests. (Imagine running a corporation with 194 directors!) There is a secretariat in Geneva, six regional offices and WHO representatives in countries around the world. An executive Board of 34 members, nominated by countries, recommends policy to the Assembly. It has a biannual budget of $5.6 billion, 20% derived from assessments on all member states and 80% are extra-budgetary funds, contributed by national governments and foundations, targeted for specific projects. The two largest funders of WHO are the United States and the Gates Foundation.

Within that budget, WHO is responsible for improving the health of the 7.8 billion people who populate the planet. In that context, the US represents 4.5% and the high-income countries represent 16% of the global population, which can mostly take care of their health needs, although COVID-19 is challenging that premise. WHO’s crucial role is providing expertise, training, and advice on behalf of the 81% of the world’s people who live in low- and middle-income countries, which represent only 8.5% of the world’s GDP. Given its structure, the great asset of WHO is that has unique normative authority in the realm of health because it represents every member state. Its great limitation is that it has a cumbersome bureaucracy that must try to please every country.

WHO is universally recognized as the single organization that has the normative authority to set global health standards and policy. The first clauses of WHO’s Constitution set the framework of that authority, which profoundly redefined the role of health in society. 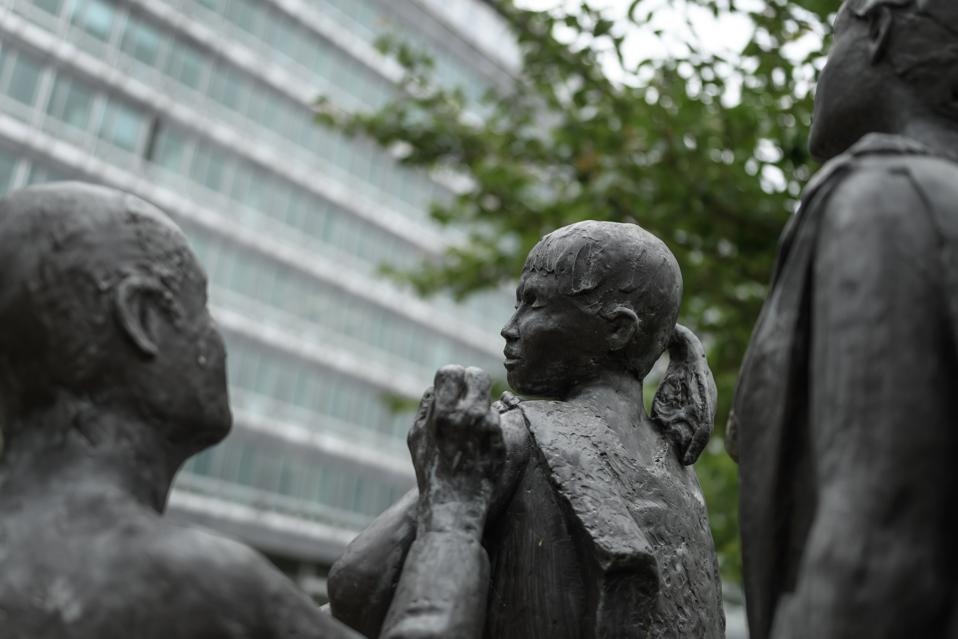 This sculpture outside of WHO headquarters shows a child being vaccinated. Expansion of vaccines – … [+] and eradication of disease as a consequence – is a key part of the organization’s mission.

What does WHO do?

Paradoxically, WHO arguably does too many things – yet never enough. It provides technical assistance to countries, sets international health standards, provides guidance on important health issues, and coordinates international responses to health emergencies such as disease outbreaks. The organization has the unique capability to convene the world’s experts on any issue to review and advise countries on how to address their health problems, ranging from emerging infections, non-communicable diseases and mental health. It also provides expertise on the organization of health systems and the cost-effectiveness of particular health interventions.

Some of WHO’s achievements include:

To be sure, the WHO has had failures, as well – but it consistently learns from them. A major program to eliminate malaria in the 1950’s failed because the single tool available, DDT, was inadequate and relevant countries were not involved in its planning and execution. But the lessons learned from that failure contributed to the success of the smallpox eradication program.

WHO failed to address role of U.N. peacekeepers in introducing cholera into Haiti in 2010, and initially failed to recognize the seriousness of the Ebola outbreak in West Africa in 2014 and provide an adequate response. Those failures resulted in the creation of the Health Emergencies Program in which WHO has recognized the need to partner with multiple organizations which have operational capacity address global emergencies at the local level.

The U.S. Government has been the major funder – but not always a supporter – of WHO. In 1981, recognizing that hundreds of thousands of babies died from baby formulas made with contaminated water or diluted to spread out the costs, WHO passed a resolution banning the promotion of breast milk substitutes. The U.S. vigorously opposed that resolution, but it passed in the World Health Assembly with only the United States dissenting. In 1988, the Senate passed the Kassebaum Amendment, which withheld funding for the U.N. in order to enable the US, as its major funder, to have a greater voice and require zero-base budgeting among its agencies. Ironically, WHO had always had annual zero-based budgets, invariably approved by U.S. delegations. When this was made public, U.S. funding of WHO was restored. 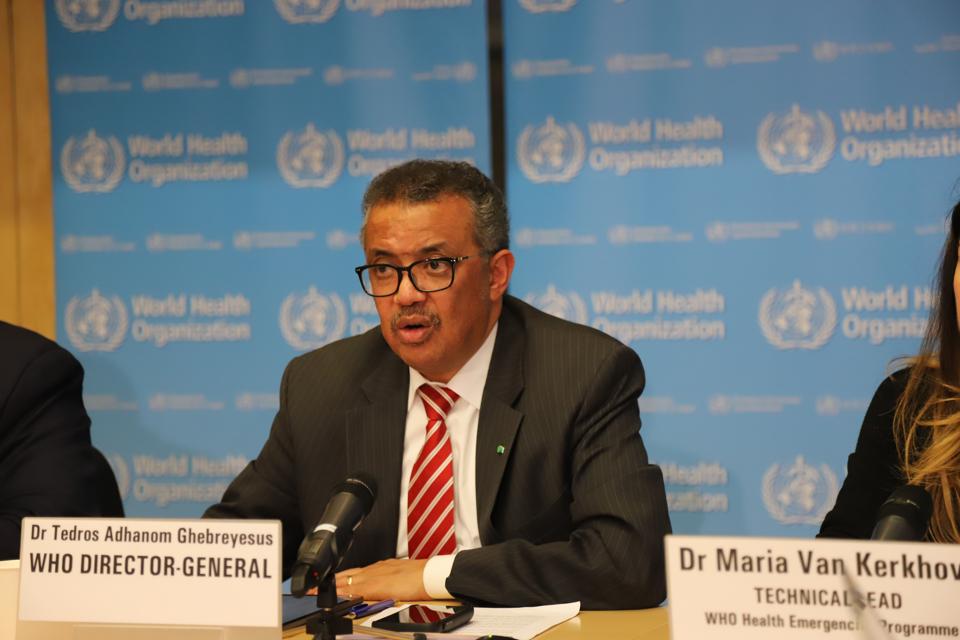 Was WHO’s Response to COVID-19 Adequate?

We know that China notified WHO regional office in China on December 31 that there were 27 cases of severe pneumonia in Wuhan. We now know that Wuhan and China suppressed information on the outbreak during December. On January 3, WHO posted on twitter that there was a cluster of pneumonias reported in Wuhan and that they were investigating its nature and on January 5 publicly reported there were 41 cases. On January 13, WHO confirmed the first case outside of China, in Thailand. After WHO staff in China visited Wuhan, WHO reported the possibility of human-to-human transmission on January 22 and convened its Emergency Committee (EC) under the International Health Regulations. It failed to reach a consensus on the seriousness of the outbreak.

One week later, the EC recommended that WHO declare COVID-19 a Public Health Emergency of International Concern, its highest warning, which it did.  It is noteworthy that at that time there were only two labs that could test for COVID-19 in Africa. With expert assistance from WHO and the African CDC, 11 labs were able to test for SARS-Cov-19 in mid-February when the US still had only one, the CDC. By February 24, 41 African countries were able to test for the virus. Whether WHO should have responded differently is something that will have to await a review after the epidemic is brought under control.

It is less clear when the U.S. government understood the threat of the COVID-19 epidemic. It should be noted that the U.S. CDC has long had a major office in China, which ordinarily should have been aware of what was happening in Wuhan. Regrettably, its funding and staff had been drastically cut in 2018.

When and how, in fact, the CDC, DHHS, NSC, DHS and White House learned about the threat of a global pandemic and responded remain to be revealed. But the numbers tell us that, in a global pandemic where infections increase exponentially and speed is determinative, the delays and confusion in responding inevitably contributed to the U.S. having a greater burden of disease and death than any other country.

At a time of increasing national competition for developing vaccines and drugs, WHO has conceived of a unique multi-country trial network, termed Solidarity, to plan for and coordinate well designed trials of drugs and for new vaccines at a global scale. This could not only enable comparisons between different products for safety and efficacy in different populations but might be the best chance to ensure the successful products will be available to people in low and middle income countries.

For the health of vast majority of people on the planet, WHO remains their last best hope. If it did not exist, it would have to be invented. WHO has never needed our support and expertise more than in the face of this global pandemic.

Is Quarantining Bringing Out The Worst In Your Relationship? Here Are Five Communication Strategies From An Expert

Want To Be More Valuable In Your Career?...