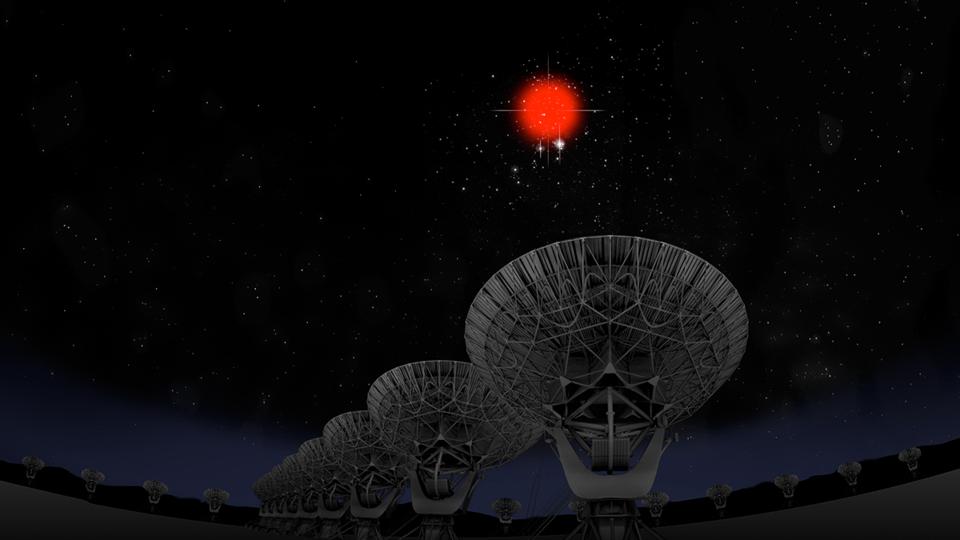 Imagine you are looking up into the night sky, when you see a bright flash. It only lasts for a fraction of a second. Now imagine trying to figure out what it was. This is the challenge astronomers face when trying to study fast radio bursts (FRBs).

An FRB is a radio flash that only lasts for a few milliseconds. They seem to originate from other galaxies, which means they must be extremely powerful at the source. But we don’t know what they are. Ideas range from powerful events around neutron stars or black holes to signals from advanced aliens.

It’s the short duration of FRBs that makes them so difficult to study. We can’t predict when one might occur, and most radio telescopes will only observe one if they happen to be pointing in the right direction when one goes off. What we need is a way to look for them across wide patches of sky. It would take a different kind of radio telescope. 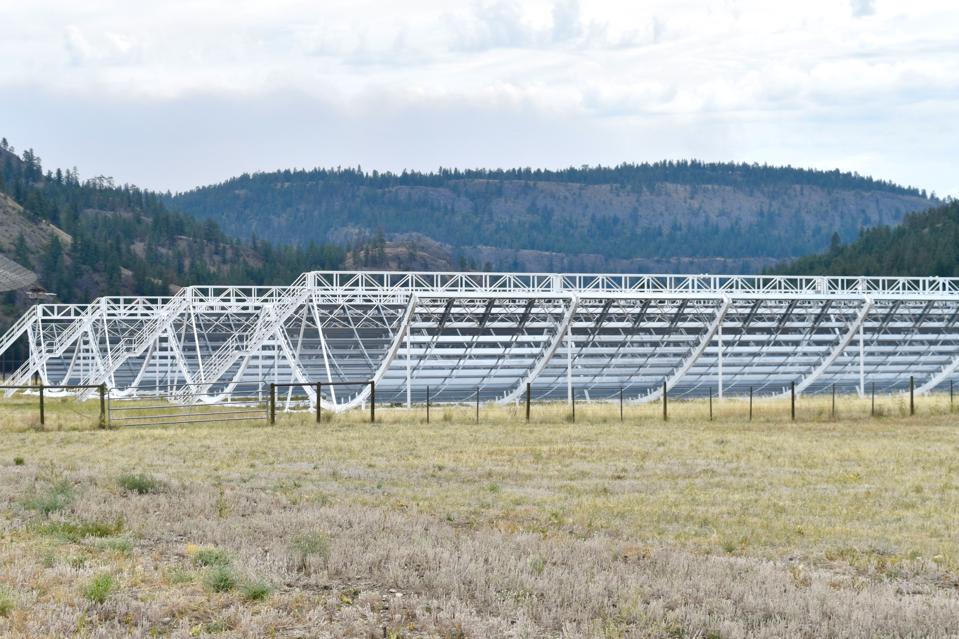 Fortunately, there is such a telescope. Known as the Canadian Hydrogen Intensity Mapping Experiment, or CHIME, it consists of four long parabolic reflectors than the more common dish telescope. Since it isn’t focused on a small area of the sky, CHIME can capture FRBs when they happen.

One of the main goals of CHIME is to observe the distribution of hydrogen in the universe as a way to study dark energy. Atomic hydrogen is the most abundant element in the cosmos, and it emits a distinct radio signal known as the 21-centimeter line. By mapping hydrogen across the universe, CHIME can tell us how the universe expands. This is why CHIME is built to capture a wide portion of the sky.

During the summer of 2018, CHIME made three weeks of observations as part of a testing phase. During that time it observed 13 FRBs. That compares to the roughly 60 FRBs previously observed by other telescopes. One of the events CHIME observed is a repeating CHIME. These are rare but could provide the most important clues about these mysterious events.

It is estimated that when CHIME is fully operational, it could observe between two to fifty FRBs a day. It would be a wealth of data that could transform our understanding of them.

This Year’s Equinox Is March 19, The Earliest...