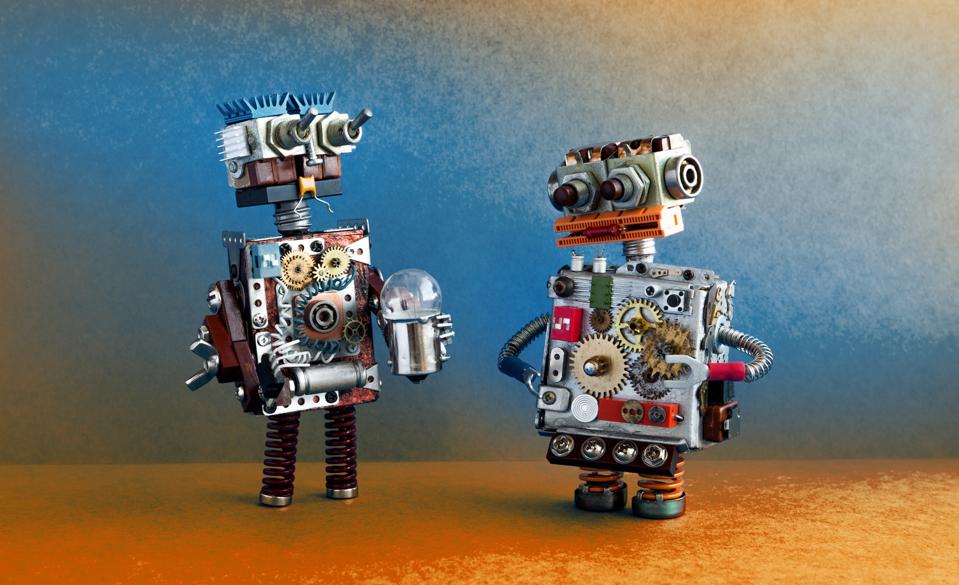 On November 20, 2019, Andrew Yang, during a Democratic Candidates debate, stated that the US is losing the AI arms race to China.  A little over a year ago, I argued the same thing.  Yang is right (after Yang’s comment, Pete Buttigieg agreed).  A couple of other candidates on the stage also wanted to chime in about AI, but were cut off by a commercial break.

Let me ask again:  what took so long?  Artificial intelligence and machine learning are transformative technologies that level many playing fields, so many in fact that a tiny nation can militarily compete with a great military power, like the US.  How?  The smartest weapon is not the largest weapon.  It’s code.  It smart code.  It’s smart bots.  It’s cyberwarfare.  Software grounded the Boeing 757 Max.  The future of war is as much about AI and ML as payloads.  The same for manufacturing, supply chain optimization and process automation:  it’s all about digital technology, especially AI/ML.

The war for global leadership in artificial intelligence and machine learning is well underway, and the US is losing.

Is the AI battlefield well-understood?  Not even close, at least by the “leaders” who develop national strategies or by the citizens of the United States – who all need to spend some time on:

Since they’re mostly unaware of the war, US leaders have no clear strategy to prevent a historic loss.  Imagine the implications of electing politicians who have no idea a deadly war is underway or who think the arms race is all about aircraft carriers and fighter squadrons? 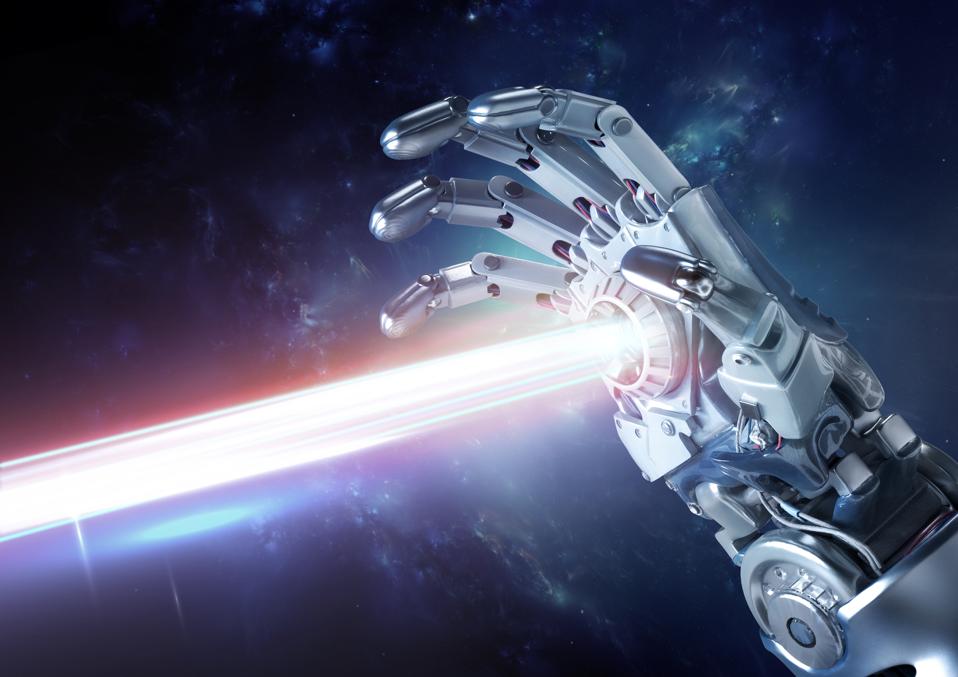 The Chinese have a very public, very-deep, extremely well-funded commitment to AI.  Air Force General VeraLinn Jamieson says it plainly:  “We estimate the total spending on artificial intelligence systems in China in 2017 was $12 billion.  We also estimate that it will grow to at least $70 billion by 2020.”  According to the Obama White House Report in 2016, China publishes more journal articles on deep learning than the US and has increased its number of AI patents by 200%.  China is determined to be the world leader in AI by 2030.

Listen to what Tristan Greene writing in TNW concludes about the US’s commitment to AI: “Unfortunately, despite congressional efforts to get the conversation started at the national level in the US, the White House’s current leadership doesn’t appear interested in coming up with a strategy to keep up with China.” It gets worse:  “China has allocated billions of dollars towards infrastructure to house hundreds of AI businesses in dedicated industrial parks.  It has specific companies, the Chinese counterparts to US operations like Google and Amazon, working on different problems in the field of AI.  And it’s regulating education so that the nation produces more STEM workers.  But perhaps most importantly, China makes it compulsory for businesses and private citizens to share their data with the government – something far more valuable than money in the world of AI.”

Greene’s scary bottom line?  “Meanwhile, in the US, the Trump administration has shown little interest in discussing its own country’s AI – yet, may soon have to talk to China’s.”

According to Iris Deng, “China ranks first in the quantity and citation of research papers, and holds the most AI patents, edging out the US and Japan … (and) China has not been shy about its ambitions for AI dominance, with the State Council releasing a road map in July 2017 with a goal of creating a domestic industry worth 1 trillion yuan and becoming a global AI powerhouse by 2030.”

It’s obvious:  “Without more leadership from Congress and the President, the U.S. is in serious danger of losing the economic and military rewards of artificial intelligence (AI) to China.  That’s the somber conclusion of a report published today (September 25) by the House Oversight and Reform IT subcommittee.”

Jerry Bowles says it clearly:  “The U.S. has traditionally led the world in the development and application of AI-driven technologies, due in part to the government’s commitment to investing heavily in research and development.  That has, in turn, helped support AI’s growth and development.  In 2015, the United States led the world in total gross domestic R&D expenditures, spending $497 billion.  But, since then, neither Congress nor the Trump administration has paid much attention to AI and government R&D investment has been essentially flat.  Meanwhile, China has made AI a key part of its formal economic plans for the future.” 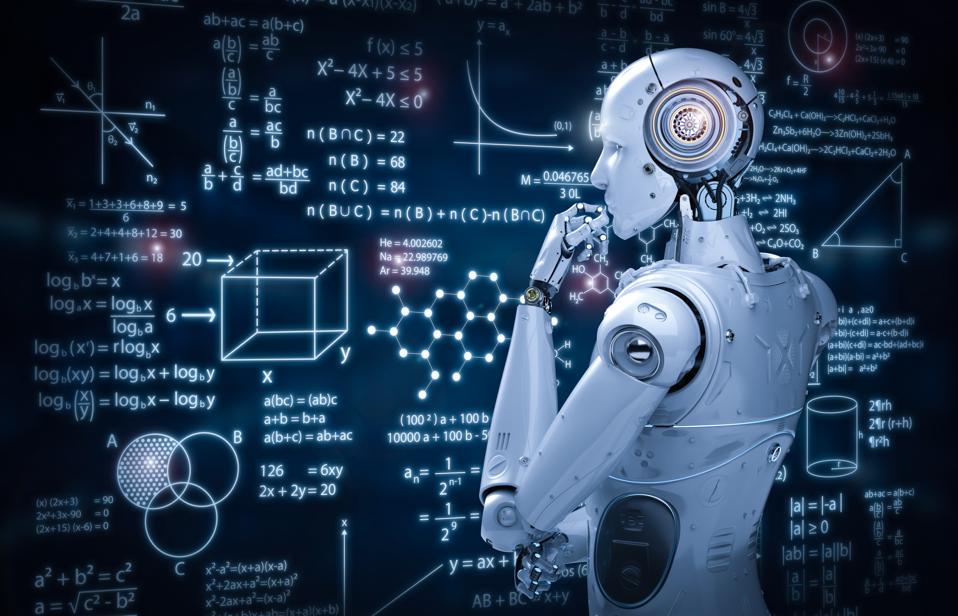 The Trump administration finally said something about the most important  technology in a generation.  The Executive Order on Maintaining American Leadership in Artificial Intelligence issued on February 11, 2019 hopefully is just the opening shot in the AI war, an implementation war the US is arguably already losing, especially in areas like robotics.

So what does the Trump administration want to do?

“The initiative focuses on maintaining our Nation’s strong, long-term emphasis on high-reward, fundamental R&D in AI by directing Federal agencies to prioritize AI investments in their R&D missions.

“The initiative directs agencies to make Federal data, models, and computing resources more available to America’s AI R&D experts, researchers, and industries to foster public trust and increase the value of these resources to AI R&D experts, while maintaining the safety, security, civil liberties, privacy, and confidentiality protections we all expect.

“As part of the American AI Initiative, Federal agencies will foster public trust in AI systems by establishing guidance for AI development and use across different types of technology and industrial sectors.

“To prepare our workforce with the skills needed to adapt and thrive in this new age of AI, the American AI Initiative calls for agencies to prioritize fellowship and training programs … in computer science and other growing Science, Technology, Engineering, and Math (STEM) fields.

“Federal agencies will also develop and implement an action plan to protect the advantage of the United States in AI and technology critical to United States national and economic security interests against strategic competitors and foreign adversaries.”

While all of these initiatives are welcomed, there’s no new money targeted directly at the above 5 initiatives or for AI R&D generally.  Instead, the American AI Initiative directs agencies to prioritize, open and share investments within among existing research programs.

As described by Will Knight in the MIT Technology Review, “the initiative is designed to boost America’s AI industry by reallocating funding, creating new resources, and devising ways for the country to shape the technology even as it becomes increasingly global … however, while the goals are lofty, the details are vague.  And it will not include a big lump sum of funding for AI research.”  As Knight points out, “other nations, including China, Canada, and France, have made bigger moves to back and benefit from the technology in recent years.”

As reported by Cade Metz in the New York Times, General James Mattis, before he resigned his position as the US Secretary of Defense, “implored (Trump) to create a national strategy for artificial intelligence … Mattis argued that the United States was not keeping pace with the ambitious plans of China and other countries.”

Ben Brody reports in Bloomberg, that “Senator Mark Warner of Virginia, the top Democrat on the Senate Intelligence Committee, praised some aspects of the order but criticized its tone.  ‘The tone of this executive order reflects a laissez-faire approach to AI development that I worry will have the U.S. repeating the mistakes it has made in treating digital technologies as inherently positive forces, with insufficient consideration paid to their misapplication,’ he said.”

But where’s the funding?  Why the vagueness about investments?  Why is funding the responsibility of Congress?  Why not White House-directed funding for “the American AI Initiative”?  It would be hard to improve upon the observation made by William Carter from the Center for Strategic and International Studies as reported by Kaveh Waddell in Axios:  “If they can find $5 billion for a border wall, they should be able to find a few billion for the foundation of our future economic growth.”

Waddell further reports that “so far, U.S. funding for AI has been anemic … an analysis from Bloomberg Government found that the Pentagon’s R&D spending on AI has increased from $1.4 billion to about $1.9 billion between 2017 and 2019.  DARPA, the Pentagon’s research arm, has separately pledged $2 billion in AI funding over the next five years … it’s hard to put a number on the entire federal government’s AI spend, says Chris Cornillie, a Bloomberg Government analyst, because ‘most civilian agencies don’t mention AI in their 2019 budget requests … (but) these numbers pale in comparison to estimates of Chinese spending on AI.  Exact numbers are hard to come by, but just two Chinese cities – Shanghai and Tiajin – have committed to spending about $15 billion each.’”

It’s also unclear about how this initiative builds significantly upon the Obama Administration’s National Artificial Intelligence Research and Development Strategic Plan issued in October of 2016.

So now what?  General Mattis is right:  we need a national AI strategy (that answers the Chinese plan) and we need significant, long-term dedicated funding.

These steps represent a good start to turn the tide of the AI war – a war the US cannot afford to lose.

I restate all this now because AI is finally getting the attention of lawmakers in Washington and across the country – even in presidential debates!  Hopefully, calls for AI strategies and funding are more than just campaign slogans.

On CRM: Why Are So Many CRM Users Dissatisfied With Artificial Intelligence?