Taking a look back at seven days of news and headlines across the world of Android, this week’s Android Circuit includes the promise of the Galaxy Note 20 a review of the Galaxy S20, what to expect in the OnePlus 8 Pro, the Oppo Find X2 Pro, the latest Nokia 5.3 leak, the London Mi Store closes, and a report card on Android 10 updates.

Your First Look At The Galaxy Note 20

Up next in Samsung’s premium portfolio is the autumn release of the Galaxy Note 20 (obviously depending on circumstances) and there’s a lot to look forward to, from the new camera hardware to the S-Pen. But a picture is worth a thousand specs. Gather all the leaks, and you have the latest concept of the phablet:

Many of the updated features from the S20 series are also expected in the Note 20. Based on the available information, Jermaine Smit, known on YouTube under the name Concept Creator, has designed a series of renders for LetsGoDigital, which give us a first impression of the Samsung Galaxy Note 20 expected later this year. 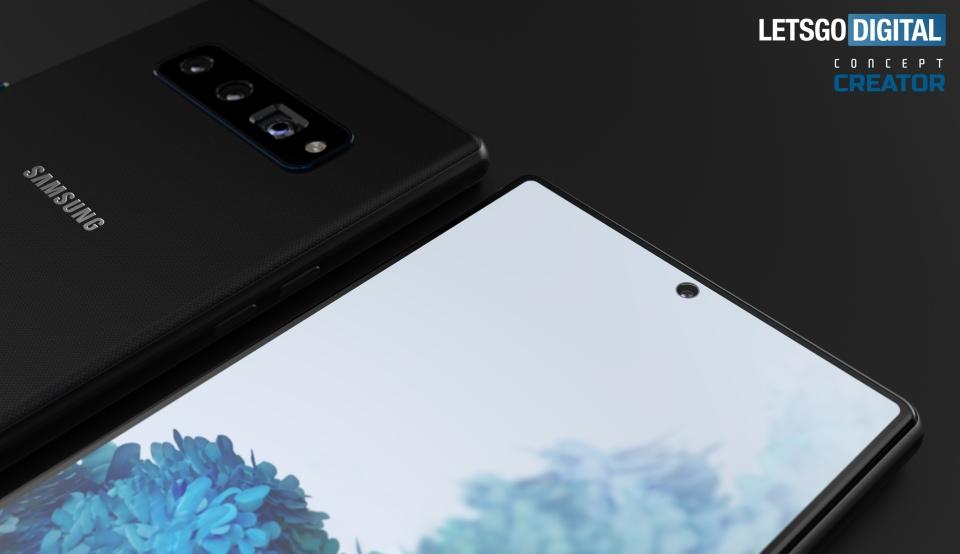 Why The Galaxy S20 Could Be The One

While Samsung fans looking the highest specs , larger screen, and top-end camera will turn to the S20 Ultra, there’s an argument that the Ultra is just a little bit too much. Dieter Bohn reviews the Galaxy S20, and argues that the S20 does everything a little bit better:

I’m happy to report that the S20 delivers few surprises, which makes it all the more likely that you’ll skip past it. That would be a mistake. There will be other Android phones that meet or exceed the Galaxy S20 on any number of metrics or specs, of course. But I’m confident predicting that few — perhaps none — will match the overall experience. The Galaxy S is the default Android phone for a reason.

The full review is at The Verge.

What We Can Expect From The OnePlus 8 Pro

I took a closer look at what to expect from the OnePlus 8 Pro earlier this week, starting with the new design for the selfie camera:

Both of the forward facing cameras should be under their own ‘punched out’ holes at the top left of the display. Last year saw the OnePlus 7 Pro and the OnePlus 7T Pro used a pop-up selfie camera to maximise the screen real estate. Early leaks of the design suggest that a more traditional design will return.

Given a second ‘time of flight’ camera is expected to be added to the front of the handset – which should improve the accuracy of the facial recognition system – the removal of the pop-up mechanism makes sense.

Of course there is another way to get a good flavor of the next OnePlus device. Have a look at the latest Oppo device. Oppo and OnePlus share a number of supplier. Although some features were different on previous devices, the broad brush strokes of smartphone design between their respective flagships are generally similar. Sareena Dayarm takes a closer look at the Oppo Find X2 Pro:

Perhaps the most noticeable change to the Find X2 is the absence of its ostentatious pop-up selfie camera [which also appeared in last year’s OnePlus 7 Pro – Ewan]. Instead there’s a punch-hole notch on the left side of the screen, which houses a 32-megapixel selfie camera. Oppo’s decision to ditch one of the Find X’s most distinctive features might suggest that it didn’t do much more than allow for an uninterrupted display. It did, however, help make Oppo a poster child for phone innovation in China.

More Details On The Nokia 5.3

Following the high-octane leak of the Nokia 5.3 in the recent James Bond trailer (just before ‘No Time To Die’ was pushed back from April to November), more details of HMD Global’s upcoming mid-range handset have been leaked. Sagar Bakre reports:

The source of the leak also claims that Nokia 5.3 will be powered by the Snapdragon 665 SoC and will come with two 2MP units (macro and depth) instead of 8MP. Furthermore, the smartphone won’t come with a glass back, and it will be available in “Sand” color in addition to Charcoal and Cyan shades.

No More Mi Store For London

Xiaomi brought its popular Mi store to London in late 2018, bringing not just its smartphones and tablets, but the wide range of accessories and supporting Mi hardware. If you wanted to see the store, you’re too late… it’s closed. Ee Udin reports:

This Mi Store is Xiaomi’s first and only authorized store in the United Kingdom. It opened in November 2018 and is located in London’s Westfield Shopping Centre. According to reports, as of March 5th, the Mi Store is no longer functional. In addition, the store’s official Twitter account @mistorelondon is also not active. According to the Westfield website, the Mi Store located in this mall is no longer open.

More at GizChina. Although the bricks and mortar store is closed, XIaomi has pointed out that the online store remains open for business

Announced March 13 2019, Android was released in September 2019. Six months later, how is the latest version of the Google-fuelled operating system holding up? JR Raphael looks over Android 10’s report card and how manufacturers are rolling out the updated version:

With almost every year in recent memory, we’ve seen upgrade delivery performance from most of the big Android device-makers get progressively worse, despite Google’s ongoing efforts to make the process easier.

…Well, this year, for the first time in as long as I can remember, there’s cause for optimism. Only the slightest sliver of optimism, mind you, but hey — it’s something. And it’s a pretty noticeable contrast to the typical feeling these results provide.

More at Computer World in a manufacturer-by-manufacturer look at the ecosystem.

How To Prepare For The Coronavirus Work From Home Requirement