Taking a look back at seven days of news and headlines across the world of Android, this week’s Android Circuit includes a mysterious new Samsung phone, why you should wait for the Galaxy Note 20, the new Nokia 5G handset, a sneak peak at the Huawei P40 family, the next Android 11 preview, and a new look for OnePlus.

Signs towards Samsung’s roadmap for the flagship 2020 devices have been found in the kernel source code for the Exynoschips in the Galaxy S20 handset. Also spotted are the Fold 2, the Note 20… and the mysterious Project Zodiac. Max Weinbach reports:

“Meanwhile in the Samsung Galaxy Z Flip’s kernel source code, we found a new device called “Project Zodiac” based on the Qualcomm Snapdragon 855. This device will be available in China as that is the only region that is mentioned. It is likely that “Project Zodiac” is going to be a China-only phone, but we unfortunately don’t have more information on this device at the moment.” 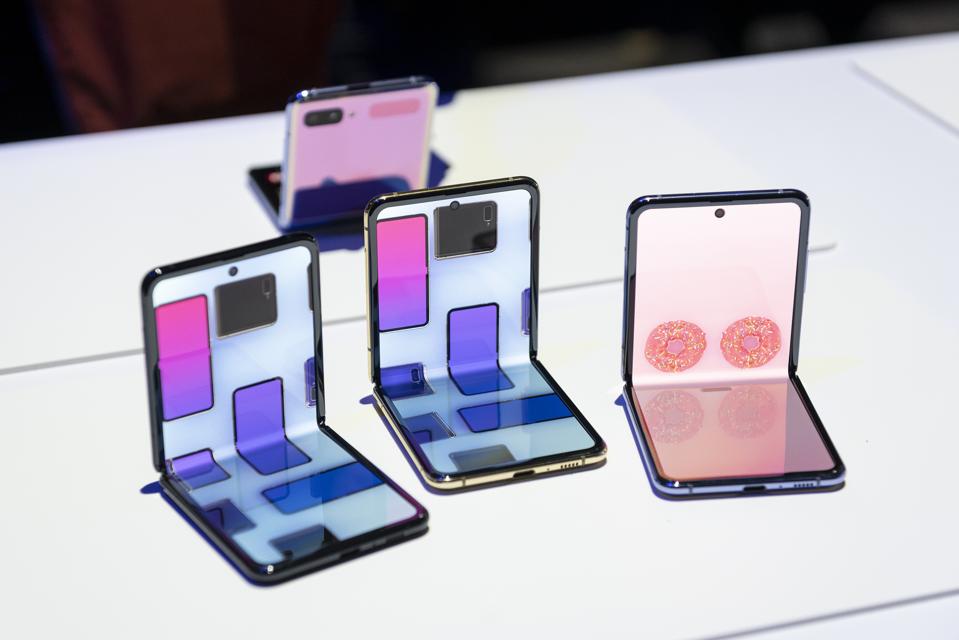 Samsung Electronics Co. Galaxy Z Flip smartphones are displayed during the Samsung Unpacked product … [+] launch event in San Francisco, California, U.S. on Tuesday, Feb. 11, 2020. Samsung is starting a new decade with a new chief in charge of its mobile business, but it’s doing it in the same old fashion: by leaning into its semiconductor advantage to overwhelm consumers with unmatched specs on its latest Galaxy devices. Photographer: Michael Short/Bloomberg

With all of these models of Galaxy, should you pick up one of Samsung’s S20 family, or wait a bit longer? If you are a power user, the smart answer could be to wait, and its all down to the memory. Gordon Kelly reports:

“In an official announcement, Samsung confirmed that it has begun mass production of next-gen storage which will be “available for flagship smartphones that will be launched later this year.” That puts the Galaxy Note 20 at front of the queue and it means that not only is it yet another big differential compared to the Galaxy Note 10, but it becomes the forth major upgrade the Note 20 will be able to laud over the Galaxy S20 line-up.”

Speed Up The World With A New Nokia

This week saw HMD Global ‘virtually’ launch four new handsets online, including the Android Go powered Nokia 1.3 and the 5G enabled Nokia 8.3. It’s the later that is catching very ones eyes, with a new Nordic inspired design and the promise of ‘truly global 5G’. I took a closer look earlier this week:

“Like many manufacturers, HMD Global is moving to 5G in its handsets. The Nokia 8.3 is the first smartphone to use new technology from Qualcomm (specifically “the Qualcomm 5G RF Front end as part of its Qualcomm Modular Platform “). This allows the handset to offer connectivity over more 5G bands, hence HMD Global calling this the “first truly global 5G smartphone”.”

More here on Forbes. This wasn’t the only global announcement that HMD Global made. It also announced the HMD Global Connect roaming service. Chris Hall has more:

“The HMD Connect Global Roaming Service is a SIM that will give you roaming data in 120 countries around the world. The idea is that you buy the SIM and slot it into your phone, knowing that you’re paying a flat fee, rather than whatever fees your regular carrier might apply. It’s really a plan for regular travellers, rather than tourists heading to one country.

“That will give you freedom and it will mean that you can arrive in a new destination and get connected with minimal hassle. HMD Global said that this will be a physical SIM initially, potentially expanding to eSIM in the future.”

More on that at Pocket Lint.

A Sneak Peak At The Huawei P40 Family

With a launch next week, we’ve got a look at Huawei’s full range of handsets in the P40 family thanks to Evan Blass. The image shows off the wide range of colors and camera options. Ivan Petkov reports:

“Here’s Huawei’s upcoming P40 lineup in one single image. It features all the available colors of the upcoming flagship lineup, which will consist of the Huawei P40, the Huawei P40 Pro and the P40 Pro Premium – the P40 lite and P40 lite E are already official. 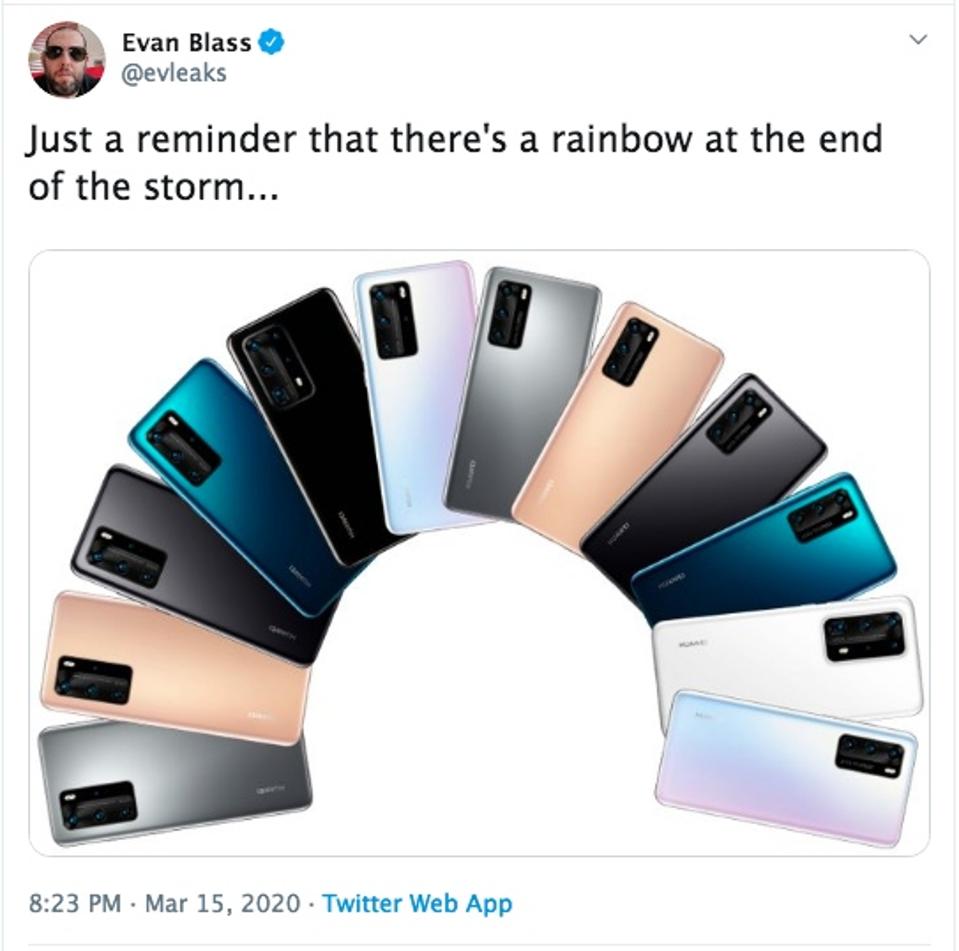 Google has released the next build of Android 11 to develoeprs ahead of an expected launch later in the year. Emil Protalinksi has the full change list along with the high level details:

“Google today launched the second Android 11 developer preview with hinge angle detection support, call screening improvements, and new ops in the Neural Networks API. You can download Android 11 DP2 now from developer.android.com — if you have the previous preview, Google will also be pushing an over-the-air (OTA) update.”

Ahead of an anticipated launch of new handsets during the second calendar quarter, OnePlus has updated its logo and company mark. As explained in the press release:

“OnePlus is not changing who we are, but to reinforce what we stand for – the true spirt of Never Settle.” said Mats Hakansson, global creative director of OnePlus. “We always design for our users. We feel that these changes maintain the iconic elements of our brand that are beloved by our staff and our community, while injecting both excitement and balance into our visual identity.”

More details on the OnePlus Forum.

The old (l) and the new (r) OnePlus logos

Here’s Why Coronavirus And Climate Change Are Different...

Harley Quinn’s ‘Birds Of Prey’ Is As Good...