Taking a look back at seven days of news and headlines across the world of Android, this week’s Android Circuit includes new Galaxy S11 details, the launch of the S10 Lite and Note 10 Lite, the mystery of the Galaxy S20, OnePlus’ invisible camera, Huawei’s 2020 challenge, Christmas Day in the Google Play Store, and my smartphone of the year.

Samsung’s Galaxy Secrets Have Been Found In Released Code

Inside Samsung’s updated One UI code lie a number of digital clues towards new software and hardware or 2020’s Galaxy devices. Max Weinbach has posted details on what has been found at XDA Developers. With a number of new features including Director’s View (allowing you to switch lenses while you record video), a Pro Video mode, Single Take Photo (using AI to capture the best moment), and new Bokeh effects. The code also points to improved battery health monitoring, and fast charging in the Galaxy Fold 2:

“Keep in mind all the information below comes from official Samsung firmware. This information showed up in the Galaxy Note 9’s official One UI 2.0 update that’s rolling out now. These strings come from various system APKs which we decoded using APKTool. Software can prove to be a reliable source of leaks because these strings show the actual features that Samsung has spent time and money developing.”

Full details on these code discoveries are at XDA Developers. And Forbes’ Gordon Kelly picks up on the latest details of the Galaxy S11 family here. 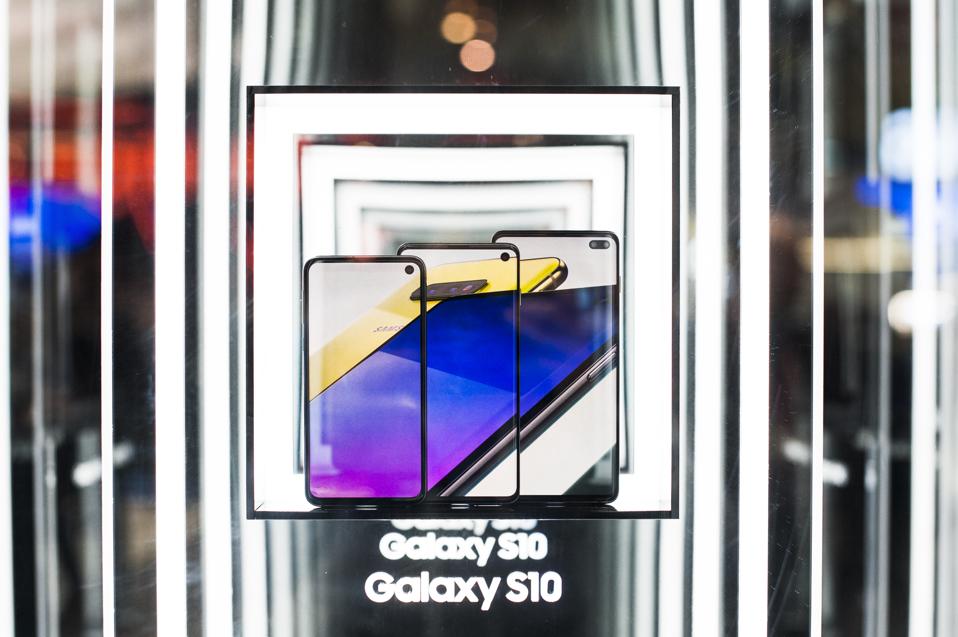 Following lots of discussion, Samsung has officially announced the ‘Lite’ versions of the Galaxy S10 and Note 10 handsets. According to its press release, the handsets bring “premium features such as the latest camera technology, signature S Pen, immersive display and a long-lasting battery at an accessible price point” to customers. Alex Perry has the details:

“The S10 Lite, for instance, has a wide-angle camera, macro lens, and 123-degree ultra-wide lens. The big new feature is called “Super Steady OIS,” which is branded lingo for image stability for action shots. The Note 10 Lite, on the other hand, has all those sweet S Pen features you love, like clicking the button on the pen to take a photo or advance a presentation.”

What’s In The Name Of The Galaxy?

Of course there’s no reason that the name everyone is currently using will be the name that Samsung brands the product when it becomes official. There’s a fair bit of chatter that the Galaxy S11 family will turn out to be the Galaxy S20 family, as Adnan Farooqui reports:

“@HarmlessKarl, the founder of case manufacturer Schnail, posted a screenshot of what appears to be a communication of some sort about the next Samsung flagship’s name. It suggests that the handsets which were previously known as the Galaxy S11e, Galaxy S11 and Galaxy S11+ will actually be called the Galaxy S20, Galaxy S20+ and the Galaxy S20 Ultra.

“…Perhaps Samsung just wants to align the name of its flagship series with the start of a new decade, or perhaps it hasn’t made a change after all.”

The Invisible Camera Heads To Vegas

OnePlus has announced that it will be exhibiting its ‘Concept One’ smartphone at next week’s CES show in Las Vegas, with the main feature being a camera that blends into the back of the case through color-shifting glass developed alongside McLaren. Lauren Goode has a preview:

“The camera lens on the back of the phone sits under this special glass, the tint of which changes when the glass is triggered by an electrical signal. The effect is that the camera lens appears when you open the camera app, then vanishes from sight whenever the camera app is not in use. OnePlus plans to show off the concept phone at the annual CES electronics bonanza in Las Vegas next week.

“The Concept One is exactly that—a concept—and OnePlus says it has no plans to ship it anytime soon.”

Huawei has had a strong 2019, with the Mate 30 sales figures reaching 7 million devices in its first 60 days on sale, with a further 5 million sold in the thirty days of December after that. But these are all in the domestic Chinese market. Further afield Huawei has a number of challenges in 2020. Arjun Kharpal looks at the four main issues facing the Chinese company, including the US Trade Blacklist:

“The company released its flagship Mate 30 smartphone in September without a licensed version of Google’s Android mobile operating system. That means users buying the new phone do not have Google apps pre-installed.

“Google Android is not that important for Huawei in China because the U.S. firm’s services — such as Gmail and search — are blocked there anyway. However, it’s very important for international markets with users who rely on many of Google’s apps.

App analyst firm SensorTower have been looking at the spending made on applications and digital consumables on Christmas Day. It has come up with a spend of $277 million dollars over the Google Play Store and the Apple Store. That’s a jump 11.3 percent compared to 2018.

“PUBG Mobile was the top-grossing mobile game on Christmas, making $8.5 million worldwide and growing 431% from a year ago…

“Consumer spending in apps and mobile games on Christmas accounted for about 5% of all revenue generated by the stores for December, which reached nearly $5.1 billion globally, Sensor Tower said. This was 8% greater than the approximately $4.7 billion spent across both platforms during December 2018.” 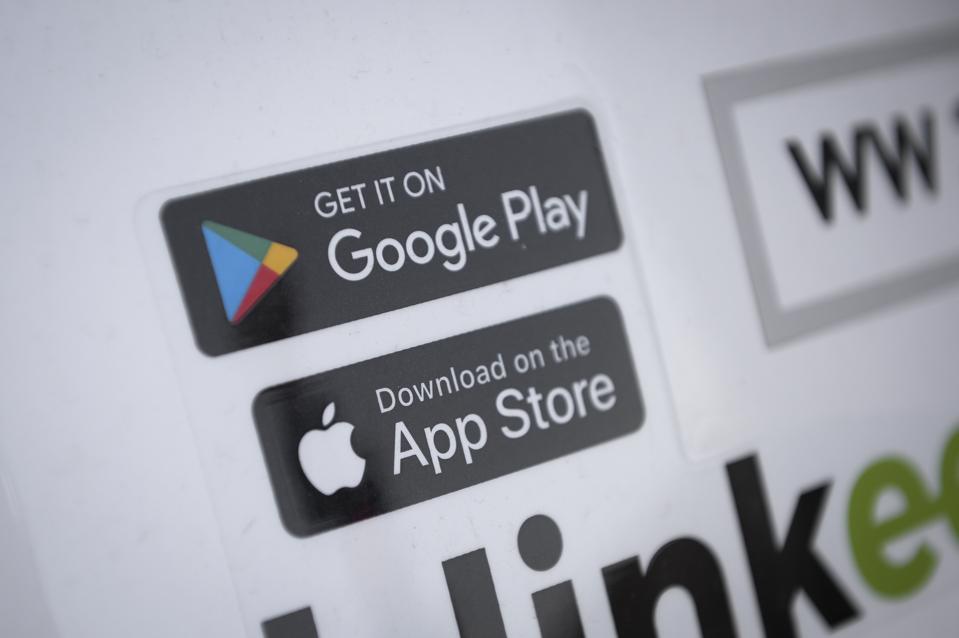 A blinkee.city rental scooter is seen in Warsaw, Poland on September 10, 2018. (Photo by Jaap … [+] Arriens/NurPhoto via Getty Images)

With 2019 at an end, I took the opportunity to look back over the year to pick my ‘Smartphone Of The Year’. Given this is Forbes’ Android column, it’s fair to say that the winning device is running Android (sorry Apple), but which is it and how did I choose?

“This is rarely about the biggest, most powerful, handset (although one handset that matched those ideals very nearly took my prize). It’s about the handset that reflects the time, that looks at the wider ecosystem, that stands out like no other. It’s not just the handset that can move the most triangles around a screen and offer the smoothest Fortnite experience.”

You can find the winning phone here.

Delve Into The World Of ‘Doom Eternal’ With...