Breaking
6 Tools To Bring Your Virtual Conferences To...
COVID-19 And The Future Of Aging: Prospects For...
Harman’s New Citation MutiBeam 700 Is A Feature-Packed...
Is Your Business Stagnant? It Might Be Time...
IRS Releases Draft 1040 Instructions Adding Clarity To...
Pandemic-Inspired Sales Of Telescopes Are Surging. Here’s The...
Lee Kun-Hee, Legendary Head Of Samsung And Korea’s...
Has Facebook Finally Broken WhatsApp—Radical New Update Now...
Has Facebook Suddenly Broken WhatsApp?
How to Work With a Consultant: The Ultimate...
Nuance CEO Mark Benjamin: The Trials And Triumphs...
PS5 And Xbox Series X-Friendly AV Receivers Reportedly...
‘Double-Digit’ Growth Could Boost Edwards Lifesciences Stock
Three Charts Show A K-Shaped Recovery
How Propel And Vote.org Helped Register 60,000 SNAP...
‘Fortnite’: Here’s A Code For The Free ‘Wrath’s...
Home Business Angry Americans And What The Future Holds
BusinessEntrepreneurshipStart Ups 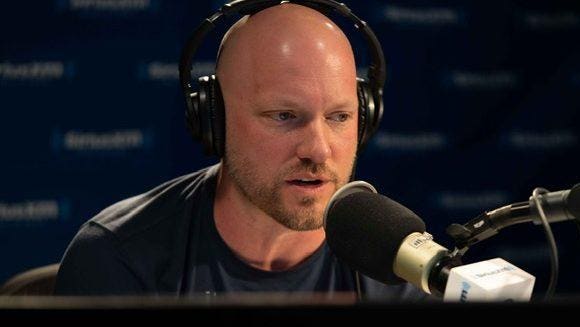 In 2004, just back from a combat tour in Iraq, Paul Rieckhoff started Iraq and Afghanistan Veterans of America (IAVA). After growing the group to over 500,000 members and spearheading significant federal policy to protect veterans, Paul transitioned IAVA to new leadership this year and started Righteous Media. We caught up with him—author, entrepreneur, frequent TV commentator, and now podcast host—to hear about his entrepreneurial journey and what’s ahead for media, veterans’ voices, and American democracy.

Paul, what led you to start IAVA?

During your time as CEO, you pushed ahead groundbreaking legislation, including the post 9/11 GI Bill, the repeal of “Don’t Ask, Don’t Tell,” and the Clay Hunt Suicide Prevention Act. Just yesterday, the House passed a key bill to recognize women in the military, following a campaign IAVA launched in 2017. When it comes to policy reform, what’s the key to success?

Advocacy isn’t a big bang, it’s a drum beat. I sound like a military planner here, but the truth is: you need to have a real goal, a real plan. Many groups don’t. Since IAVA’s beginning, our long term goal was to change the country, the world. Once you set that goal and do the analysis, the only way to get there is public policy. Even if you’re the best fundraiser in the non-profit sector, you’re not going to move tens of billions of dollars. So for us, success was transformative change like the new GI bill that we championed in 2008. The House voted yesterday to change the motto at the Dept. of Veterans Affairs to include women, so we’re on the five yard line there. That’s taken us 10 years, by the way, and the Trump administration fought us every step of the way.

Where does narrative change fit?

Narrative and public policy change work hand in hand. Veterans like Tammy Duckworth being considered as a VP candidate, Pete Buttigieg as a Presidential candidate—these are awareness shifts, successes for veterans in the same way Obama was a success for the Civil Rights Movement. They create a new story about what’s possible, what’s expected. I’m seeing this more now than ever.

Is this why you started a media enterprise?

Getting more into media and narrative change felt like the most powerful choice for me, and for what the country needs right now. I want to reinvent what a media company looks like in the same way I reinvented what a veterans’ service organization looks like. There’s a huge underrepresented constituency in America that doesn’t align with existing media enterprises. These people are politically unaffiliated. They don’t want Fox and they don’t want MSNBC. They don’t want Trump and they don’t want AOC, so where do they go? Right now they’re homeless. We’re building a media home for that community. We’ll create impact through podcasts, TV shows, films, events, and anything else that makes sense to move our country, our world, forward.

So, Righteous Media is working toward a stronger democracy?

Yes, and we’re doing it by breaking new ground in an old space, as we did with IAVA where we had to get old guys to accept women, bigoted people to accept people of all different backgrounds, people who were homophobic to accept trans people. We were constantly pushing an old system to accept new voices, and that was critical to the success of the movement. It’s also baked into what I’m doing now. I want everybody to feel at home, to feel like it’s their backyard, their neighborhood. That’s the welcoming environment my grandparents created when they came to this country with not a lot. That’s what America should be. It’s the opposite of what Trump is doing right now.

Which brings us to Angry Americans, your new podcast. Why are you angry?

Our political leadership is destroying our democracy. And in this pandemic, we are sending all sorts of people—teachers, essential workers—into battle every day with no protection, no national plan. So right now, if you’re not angry, you’re not paying attention. The podcast is the evolution of my activism, it’s my ship. We’ll build other ships—our goal is to launch talent and then create a super friends network of media leaders, all with a foundation in national security, defense, first responders, and activism. Some of the projects will be small, working on one issue, others will be big, working across issues. But they’re all on the same team, they all fly the same flag.

Why is this team, these voices, important now?

My approach to leadership comes from many experiences I’ve had—coaching football, working on Wall Street, working at a bar. Most of all, though, it was the military that taught me that you’ve got to be constantly adapting, improvising, overcoming a changing environment. So whether you are or were a soldier, or you were living in a combat zone as a humanitarian, if you experienced the dynamism of combat, you’re built for this moment. Because it all feels like combat. People in the pandemic are saying, “Everyday, I don’t know what’s going to happen” or, “It feels like groundhog day.” Those of us who’ve experienced combat, we’re thinking, “Ok, we’ve been here before, we know what to do, we know how to move forward and help others move forward.”

Looking ahead, what makes you less angry… and more hopeful?

The resiliency of the younger generation. I think old people always underestimate young people, and as the father of two little kids, I see everyday that they are still optimistic, they can handle more than we probably think, and they’re better than us. And as long as we can empower them, and keep them safe, and stay out of their way then America has got a lot of hope for the future.

A Conversation With Jill Houghton, President And CEO Of Disability:IN