Breaking
How To Attract Candidates To Hard-To-Fill Positions
Trump: I’m ‘Ready’ To Take Action On Stimulus...
Apple iOS 13.6.1 Release: Should You Upgrade?
Here’s How To Stay One Step Ahead Of...
Microsoft Outlook Will Store Contacts’ Blood Group And...
How The US Department Of Health & Human...
Why Do Chinese Companies List Their Shares In...
Can You Get Covid-19 Coronavirus From Food? Frozen...
Winklevoss Twins Tell Bar Stool’s Dave Portnoy To...
How Democrats And Republicans Would Tackle The Enduring...
Berkshire Hathaway Doubles Down On Net Lease REIT,...
70% Of Americans: Ban Foreign Apps
This Week In Credit Card News: Pandemic Brings...
Three ‘Big Impact’ Surprises That Could Slam Stocks,...
Quantum Computing: What Does It Mean For AI...
5 Questions With Jonathan ‘Magar’ Martinez Cannabis Curing...
Home Technology Angry Trump Now Helpless To Stop Huawei’s Stunning Victory: This Week Everything Changes
Technology 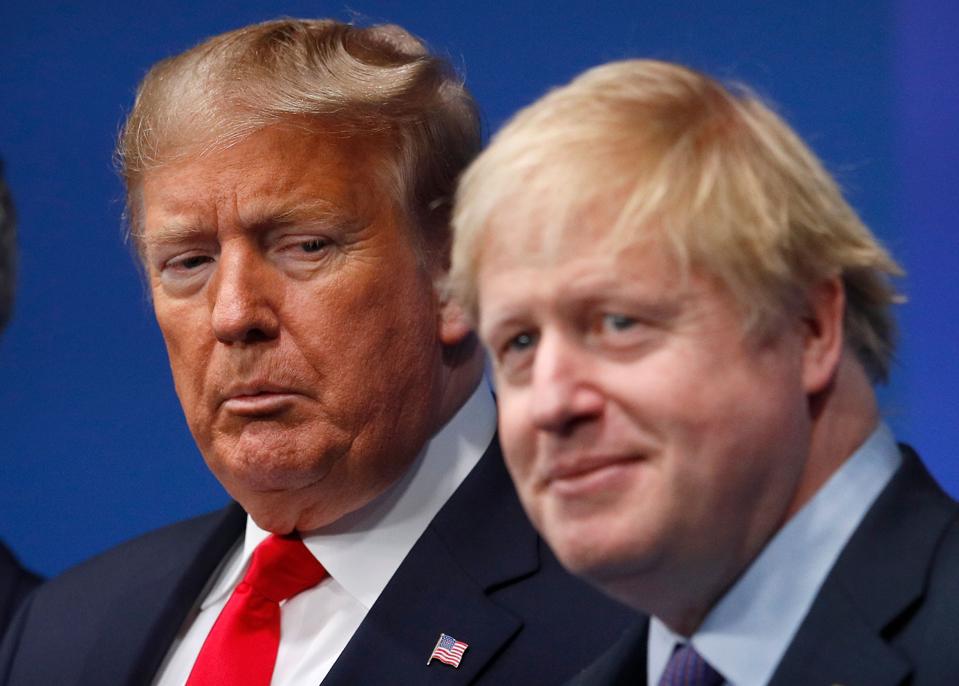 The diplomatic spat between Washington and London continues to spiral us into unknown territory this weekend, with the news that even President Trump’s personal plea to Prime Minister Johnson on Friday evening has not pulled the U.K. back from the brink of its decision to allow Chinese tech giant Huawei into its 5G network.

The Sunday Times reported on January 26 that “Trump’s anger” would cast a cloud over the U.K.’s Brexit week, and that the president had told Johnson “that giving a green light to the [Huawei] deal would be a grave threat to national security.” There was even a suggestion from the U.S. that the two countries might forge an alternative to Huawei. The U.K., though, takes the view that to do so would take too long.

With a U.K. Huawei decision expected on Tuesday, January 28, the intensity around U.S. and U.K discussions is only matched by the fierce debate raging within the U.K. government itself. Johnson’s more hawkish cabinet members are said to be furious at the prospect of being “bounced” into a pro-Huawei decision. According to the Sunday Times, one source sourly suggested that “Huawei is next week’s Chinese virus.”

U.S. Secretary of State Mike Pompeo will make a last ditch attempt to sway minds in the U.K. this week, but sources close to events believe this is a now a done deal. There is even talk of a choreographed announcement on Tuesday involving Huawei itself. One would imagine that such a spectacle would be highly incendiary to the U.S.

Writing in the Sunday Times, British MP Bob Seely, a candidate to head the foreign affairs select committee, warned that the country may “regret our refusal to say ‘no way, Huawei’,” adding that he fears that “by the time we see the real cost, in the decades to come, it may be too late.”

On Friday, it was reported that Trump’s immediate riposte to Huawei, to significantly tighten sanctions against the company to damage its supply chain further has been thwarted by the Department of Defense, the argument being that such a move would damage U.S. industry and innovation. This led to an angry challenge from leading senators who suggested to the Pentagon that U.S. companies contracting with Huawei was akin to the same being down with KGB subsidiaries during the Cold War.

Now another letter has now been crafted from U.S. senators, this one directed at the U.K.’s National Security Council. The letter says that the Huawei decision is linked to the special relationship between the two countries. While specifically pulling back from trade agreement or intelligence-sharing threats, Senators Rubio, Cotton and Cornyn urge the U.K. to “make the right decision on Huawei,” which they stress would be “in the best interests” of that relationship.

It remains unclear what will actually happen on Tuesday if the U.K. does not take a last minute U-turn on Huawei. Spooks on both sides of the Atlantic are divided as to the actual risks and the practical application of any change to security alliances. What will be more of an immediate issue is other countries around the world, all of which are less capable than the U.K. of mitigating any Huawei risks, using the U.K. decision as an excuse to defy U.S. warnings. If it’s good enough for Washington’s closest ally, they will argue, it’s good enough for us.

Johnson remains in a bind on the issue. It is tricky for the U.K. to completely backtrack on Huawei without incurring significant cost and delays to the critical 5G rollout. At the same time, if he is seen to kowtow to Washington against the advice of his officials, it will play badly domestically—there is no popular uprising in the U.K. against Huawei. And so, it is likely that Johnson is taking a Brexit-like “let’s just get it done,” after which reparations can be made and political concessions offered.

And so all eyes are on what happens post-Tuesday, when absent any last minute shock, the U.K. will confirm the inevitable. Months of lobbying and wrangling will come to an end—at which point the real work begins as everything changes. Much of this work will be political, and the U.S. will need to be seen to act in some capacity to back up the risks they have raised and the mitigating actions they have threatened.

Whether there is any security or trade deal hangover from these events will be the subject of intense speculation in the coming weeks. While it is unlikely to scupper a trade deal, one can assume some impact. For the U.S., such as been the intensity of its lobbying that it cannot simply roll over on the issue—that would undermine its case. But any action could well be limited to the optics around security arrangements and need not interfere in anything commercial.

For the U.K., with the security issue settled other issues will come to the fore. Chief amongst these will be Huawei’s work in Xinjiang, where its technology forms part of the surveillance programs subjugating the Uighur minority. If the U.K. decision turns up the political heat on Huawei to face up to Beijing and back away from all such involvement, then at least something good will have come from this protracted process.

WWE Royal Rumble 2020: Kevin Owens And 5 Dark Horses Who Could Win It