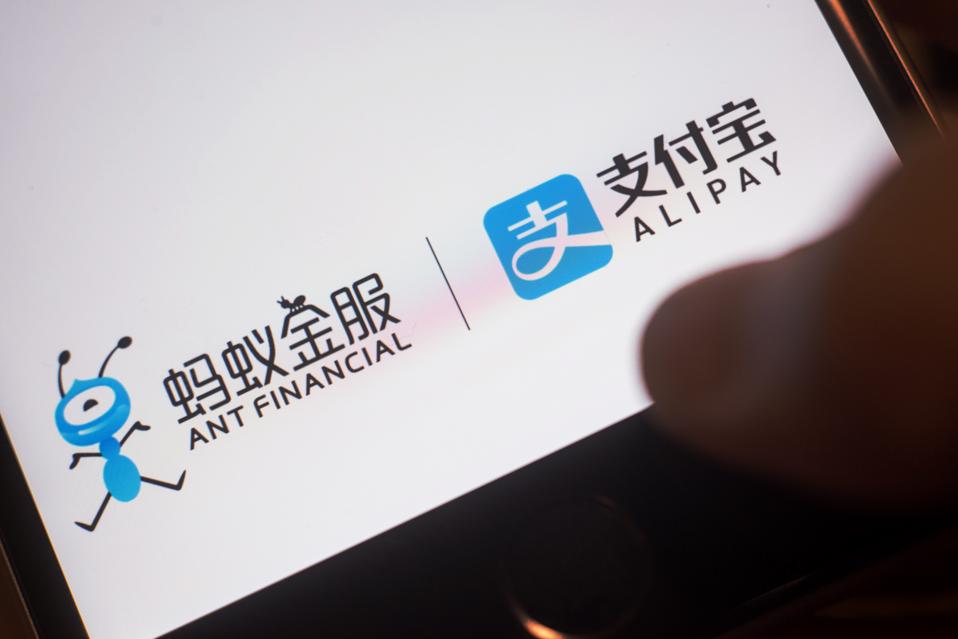 Jack Ma’s Ant Financial grew to become one of China’s largest fintech platforms by providing e-wallet services and online investments to hundreds of millions of consumers. But amid mounting regulatory pressure, Ant has sights on a new market.

Ant’s president of advanced technology business group, Geoff Jiang, told FORBES ASIA in an interview that the operator of the popular Alipay e-wallet is shifting towards IT services. Although the company spent years competing with state-run banks in payments and wealth management, it now plans to sell technology expertise to the same banks and help them digitalize their operations with tools such as cloud computing and data analytics.

Many banks are just starting to build their presence online, noted Jiang, but may not have the tech know-how. “Banks still work in very traditional ways,” he said. “We have done a lot of work to help them go digital and reach out to more customers in this era of the internet.”

While there are few details regarding how Ant will work with its former competitors, a partnership could involve the banks using Ant’s data technology to process loans, design tailored products or combine diverse sets of data to assess risks and creditworthiness. For example, Ant helped the Bank of Nanjing, in the eastern Jiangsu province, build a cloud-based finance arm that include insurance and lending, and is capable of processing over 1 million transactions per day, according to the companies. Ant currently works with 200 banks, but it is aiming to work with 1,000 banks—about a quarter of the banking institutions in China—by end of 2020.

The shift comes as the company is reportedly considering a dual listing in Hong Kong and mainland China, and might eventually lead to an overhaul of revenue streams down the road. Valued at $150 billion after a June 2018 funding round, the private company envisions generating as much as 65% of its revenues from selling financial technologies by 2021, up from 34% in 2017, according to local media reports. The rest will come mostly from its better-known products, like Alipay, where it charges payment processing fees.

Jiang declined to comment on Ant’s listing plans or reveal financial figures, but said growth of such enterprise services have been “very satisfactory.” “We are starting with banks that have a stronger demand [of our products],” he said. “Then we will gradually provide different products and services to different market segments.” 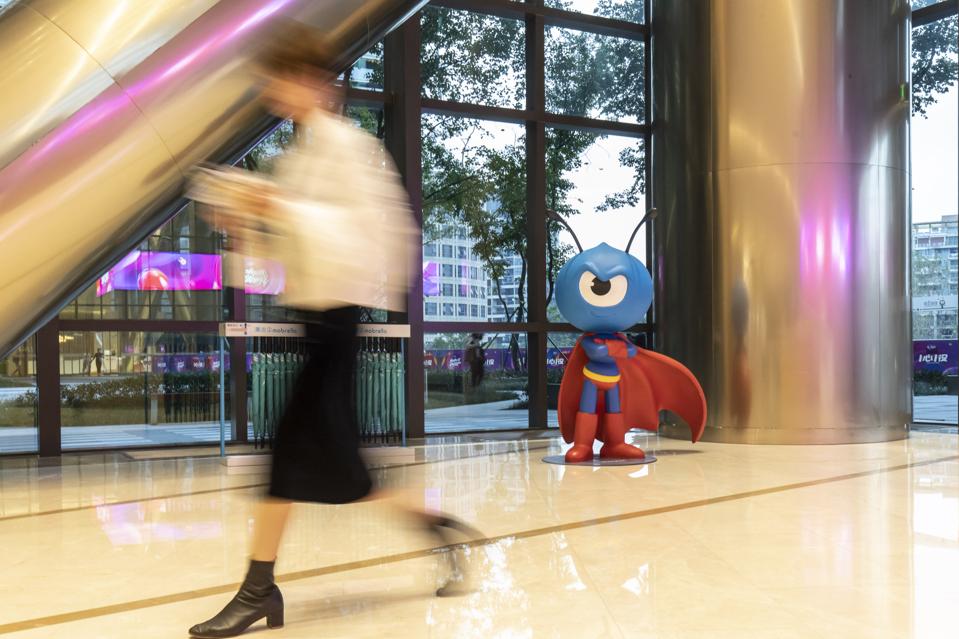 The mascot for Ant Financial is displayed in the lobby of the company’s headquarters in Hangzhou, … [+] China. (Photo by Qilai Shen/Bloomberg)

But the pivot may be as much about staving off regulatory pressure as business opportunities. Since Ant (then known as Alipay) was launched in 2003 as a mobile payments platform of Chinese e-commerce giant Alibaba, the company’s e-wallet has grown to dwarf state-run rivals, grabbing 53.6% of China’s 52 trillion yuan (about $7.6 trillion) mobile payments market. Its massive Yu’E Bao money-market fund—which manages about $150 billion worth of assets and has attracted almost 600 million investors—was labelled a “blood-sucking vampire” and accused of siphoning away deposits during a 2014 Chinese state television program.

Worried about potential financial risks and paving the way for much tighter oversight, regulators have imposed a series of restrictions that are slowing down the once rapid growth of Ant’s consumer-oriented businesses. In recent years, along with other major companies such as Tencent, Ant has been asked to direct all payments through a central clearing house, put limits on fund inflow, and is one of the five firms that are being tested with new requirements on capital reserve and risk control as part of a pilot government program.

“There is certain pressure from the government for them to be technology focused instead of financially focused,” says Zennon Kapron, founder of Singapore-based research firm Kapronasia.

Analysts say a lot of work still needs to be done before Ant can pull off the transformation. Competition, for one, remains fierce as arch rival Tencent also wants to sell its technologies. Jason Ekberg, a partner at consultancy Oliver Wyman, noted some banks have extra incentives to work with Ant as they seek to lower cost amid a slowing Chinese economy and rise of non-performing loans.

But others may have second thoughts about using products provided by internet firms, said Zhu Ning, deputy dean at Shanghai Advanced Institute of Finance at Shanghai Jiao Tong University. “Large banks want to have their own systems and technologies,” he said. “They will have reservations about deeper cooperation because they want to keep a close watch over data.”

Jiang noted Ant’s technology beats many others in terms of safety and reliability, and he envisions more cooperation down the road. He is especially optimistic about the future applications of blockchain, saying this underpinning technology of digital currencies will help banks limit fraud, trace assets better and lower the cost of cross-border remittance.

“We provide the technology and banks can use it to develop products,” he said. “We do what we are good at and they do what they are good at. This isn’t a zero-sum game, and together, we can grow the industry bigger.”

Pension Strikes In France, Reform In The UK, And The Third-Rail-Ness Of Social Security Reform